In an interview with IGN, Marvel Entertainment’s Chief Creative Officer Joe Quesada spilled that he has seen the new Spider-Man suit for the upcoming movie and that he loves it. “It looks awesome!” he said. “I think there are elements of it that are really going to blow people away, where they go, ‘Uh, that’s Marvel doing Spider-Man.” While he didn’t go into details about the suit, he is excited for fans to see it.

He also talked a little bit about how happy he is to see the race and gender changes Marvel has made to the characters in its comics. “I love when we do stuff like that, especially when the stories are great. I love when we twist things around and show the flexibility of our characters and how wonderful these icons are… gender switches, ethnicity changes… It’s all the beauty of the Marvel universe. To me as long as the stories are great, I’m along for the ride.” While he can’t confirm or deny any of the newer, more diverse characters getting their own movie, he says that anything is possible moving forward. If only that sentiment had followed into the upcoming Spider-Man movie, with Miles Morales in his own film.

Video and featured image by IGN. 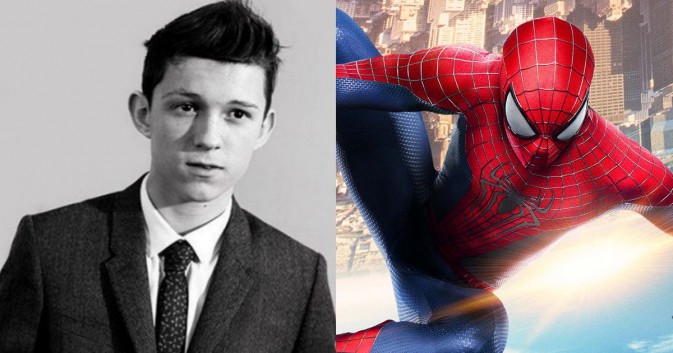 After more than a few months of speculation, rumors, bullshit, and disappointment, it was confirmed today that Tom Holland, best known for Billy Elliot the Musical, will be putting on the spandex and playing Spider-Man.

This will be the third incarnation of Peter Parker/Spider-Man to appear on the big screen in 10 years. Tobey McGuire played the masked hero in the original trilogy from the early 2000’s and most recently Andrew Garfield has been bringing the character to life in the Amazing Spider-Man movies.

However, this will be the first time that the character will play a part in the Marvel Cinematic Universe. It has already been confirmed that Holland’s Spider-Man will debut in Captain America: Civil War and after that we can all expect to see yet another stand alone Spider-Man movie. This one will be directed by Jon Watts and will hit theaters July 28, 2017.

What do you think about the newest version of Spidey? Are you happy to see Holland in the role or were you pining for an on screen Miles Morales? Let us know in the comments!