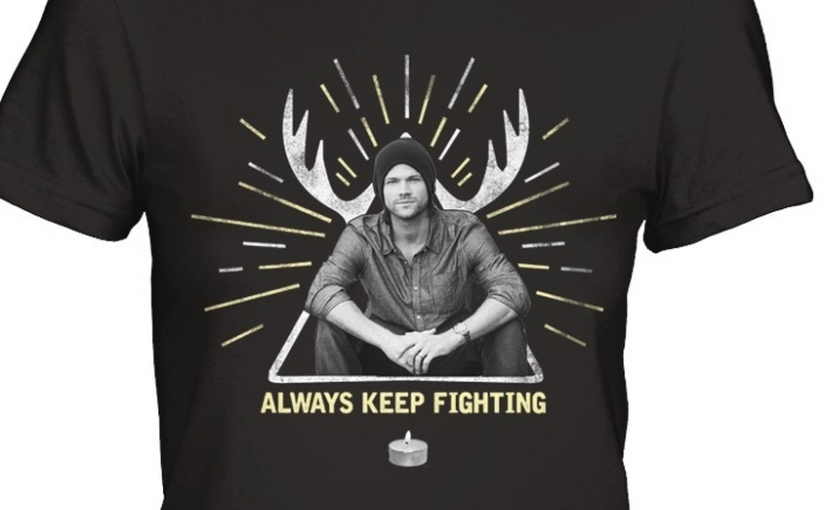 Inspired by the fan tribute he received at San Diego Comic Con and in celebration of his 33rd birthday, Jared Padalecki has released the third round of his “Always Keep Fighting” Represent t-shirt campaign. Proceeds from the shirt will go to a fund set up by Padalecki and his Supernatural co-star and best friend Jensen Ackles. The fund is designed to assist various causes that promote Mental Health Awareness. Past proceeds have gone to “To Write Love On Her Arms,” an organization that deals with depression, anxiety, addiction, and suicide.

“It’s been a struggle, but I’ve kept on fighting. My only birthday ask is that y’all Always Keep Fighting too,” Padalecki wrote on the Represent site. He has been passionate about this cause for several years, ever since he was diagnosed with depression during Season 3 of Supernatural (2007/2008). He started the campaign in back in March of this year and since then “Always Keep Fighting” has grown astronomically with thousands of shirts selling in just a few hours of each campaign. 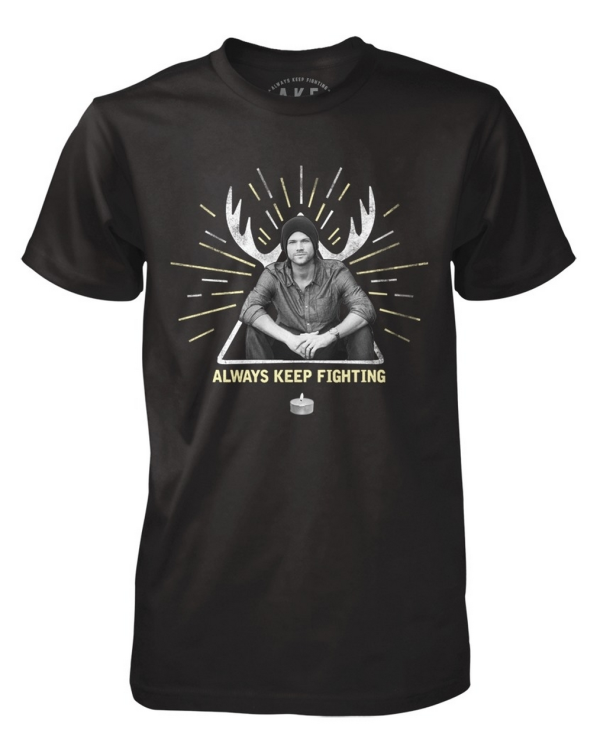 As both an avid fan of Supernatural and someone who has been struggling with depression for nearly half my life, the “Always Keep Fighting” campaign means a lot to me. When I see Sam and Dean hunting demons, suffering so many losses, and still having the ability to keep fighting every day, it makes me me feel like I can keep going, too. It’s taught me a lot about perseverance, but also how to lean on people for support; that love really does heal. Sam and Dean are strongest when they’re together and whenever they split apart, something terrible ends up happening: Sam allows Lucifer to possess him; Dean takes on the Mark of Cain; they need each other. I spent a lot of my life feeling alone and unable to get close to anyone. Ever since I’ve started watching Supernatural, I’ve felt like I can let people in. This fandom is truly a family and has taught me a lot.

Now that I’ve got a little extra cash, I fully intend on buying an “Always Keep Fighting” shirt to wear on my worse days and to remind me I might not be an actual hunter, but I can fight my own demons just as strongly. The shirt depicts Padalecki in his signature beanie sitting inside of a triangle, with moose antlers (a Supernatural inside joke) and the words “Always Keep Fighting.” Below that is a singular tea light candle, referencing the amazing tribute and its message that “…when your flame flickers and you fear it will go out, know not even the strongest wind lasts forever; and there are other lights to guide you even in the Darkness…And when your candle burns bright, you can ignite the hearts of others and hope will spread like wildfire. Always Keep Fighting, and you’ll never fight alone.”

The campaign has 10 days left as of news time. After that the shirt will be gone forever. It is available in multiple styles with sizes ranging from XS-5XL.