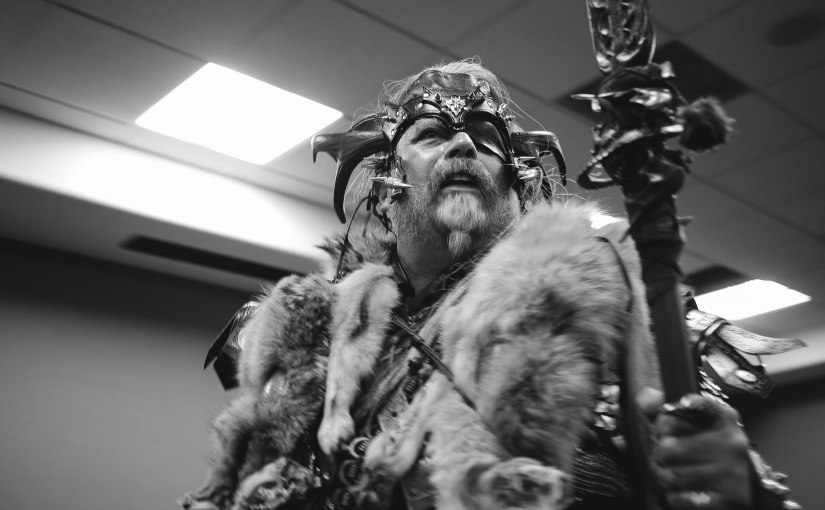 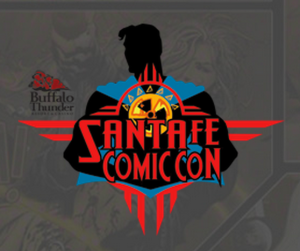 Saturday at Santa Fe Comic Con was filled with amazing Cosplayers. Every time we turned the corner, there was a Harley Quinn or Starlord or Captain America posing for photos. Not only were there a lot of Cosplayers at the convention, the way they were treated is possibly the most hospitable I’ve ever had the pleasure to encounter. Everyone (with the exception of one creepy guy who asked for our photo) seemed to know the rules and expectations of Cosplay etiquette. This may have something to do with the very first panel of the the day “Cosplay Safety” which gave both Cosplayers and spectators alike advice on how to create a safe convention space. I was very happy to see this on the schedule and was even happier to know that as an incentive to coming to the convention, they gave out one extra Cosplay Contest token to each participant. Rosanna Rocha invited the audience to have a serious conversation about Cosplay and consent, informing people what it was and what sort of behavior was acceptable. You can find out more about that movement by reading our article here.

Another SUPER awesome service made available to Cosplayers was an active member of the International Cosplay Corps. They are  a small group of cosplayers and Cosplay enthusiasts who travel from con to con offering assistance to Cosplayers.  Gunny Gotch-Yo-Back was readily available to help with any cosplay repairs. Her Cosplay itself was awesome, with a sewing thread bandolier across her chest, duct tape hanging from a multi-layered tool belt around her hips, and tons and tons of safety pins for any Cosplayer in need. A patch on her shoulder read “Free Cosplay Repairs”. This woman is a Cosplay angel and was a godsend for any Cosplayer who forgot their sewing kit at home.

Yet another wonderful Cosplay service was a specific Cosplay lounge separate from the general outside lounge. The quiet, secluded space had big, comfortable chairs and couches for Cosplayers to kick back and relax as well as tables to work on any unanticipated rips in their costumes. As Cosplayers ourselves, we took full advantage of this. It was extremely helpful to have a relaxing space readily available for when our feet started to hurt, our eyes started to droop, and our social media needed attending to. So few conventions have rooms like these, that it was a real treat to indulge in a little private, no photos allowed time. For the sanity of Cosplayers everywhere, more conventions should start doing this.

Here are some of the awesome Cosplayers we met at Santa Fe Comic Con!

The Cosplay Contest, hosted by Rosana Rocha and the Geek Girls team, was absolutely amazing. There was not one costume that did not make the crowd go nuts and a few family Cosplay groups that were face melting adorable, one of which won the “Most Fun” prize.

The contest worked on both a token and judges system. Cosplayers collected tokens throughout the day from attendees who liked their work. When 7pm rolled around, all Cosplayers counted up their tokens and gave them to the judges at sign up. The Cosplayer with the most tokens won Best in Show, which ended up being an amazing Odin Cosplayer who had a hammer, sword, eye patch, and a musical horn; the works. He was also seriously in character the whole time and lead the crowd in a Asgardian cheer. “May you all find Valhalla!” he shouted as he excited the stage.

There were a ton of Cosplayers in the contest and each paraded in front of the audience, posing, saying quick little skits, and joking around with the audience. The skill and craftsmanship of each costume was breathtaking. There were very close ties for both Most Fun and Most Impressive. I honestly don’t know how they made up their mind. A few children who couldn’t make the Kids Cosplay Contest taking place Sunday also took part and were a major cute factor.

In the end there were four categories in which to place: Best in Show, Most Fun, Best Token Pouch, and Most Impressive. As I said, Odin took home Best in Show, Most Fun went to a family group of Mad Max Cosplayers, Best Token Pouch went to a Guardians of the Galaxy couple, and Most Impressive went to a Hush Comics fan Lea, who was dressed as a Dragonborn from Skyrim.

What was most heartwarming was when the owner of the convention came on stage and pointed to a top hat and cane sticker on his shirt that all the staff were wearing. He said they were wearing them in memory of a dear friend and fellow con-goer who died just a few months ago. This sign of memoriam made many of the audience, including myself, very emotional. Our hearts at Hush go out to those grieving this weekend.

Cosplay is always a super fun part of conventions and Santa Fe Comic Con definitely made sure their costume dawned guests were taken care of. From Cosplay Safety, to relaxation, to emergency sewing guru, it’s been a great weekend to be a Cosplayer. 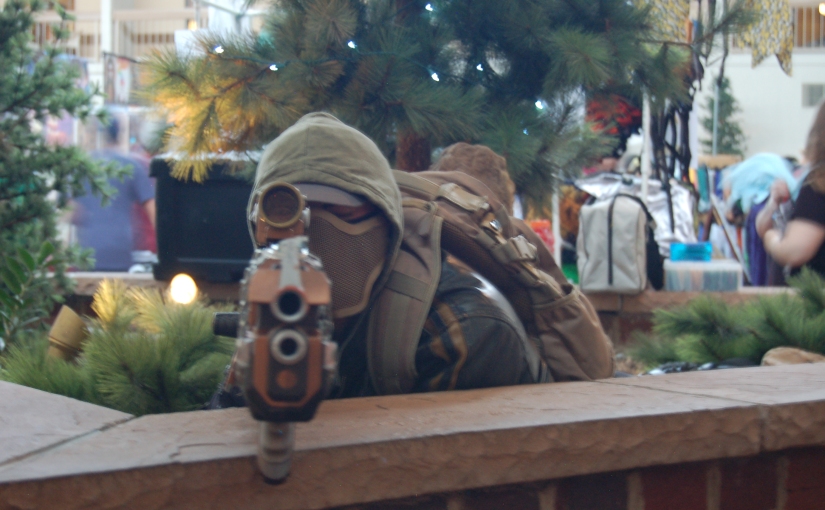 This past weekend was the 18th annual Nan Desu Kan (NDK) and as always, the Cosplay was spot on.  Check out our pics below! 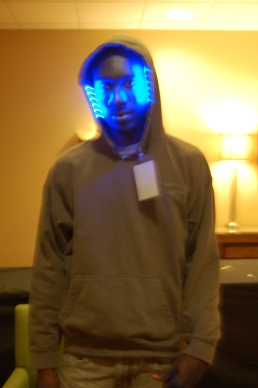 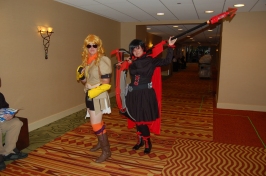 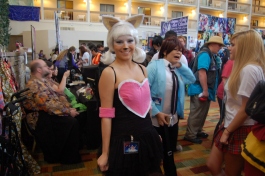 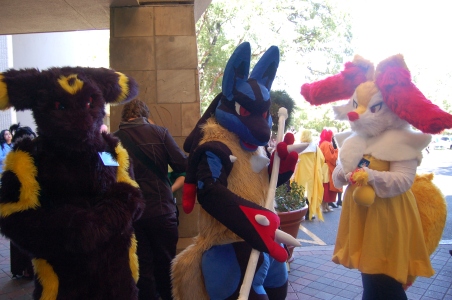 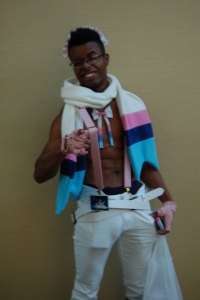 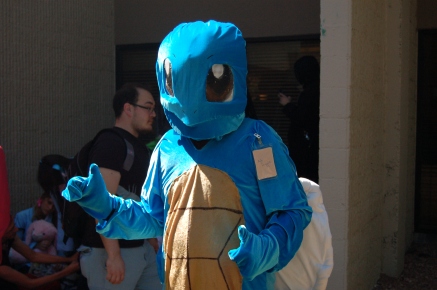 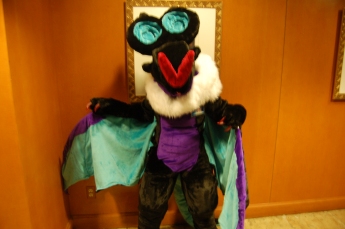 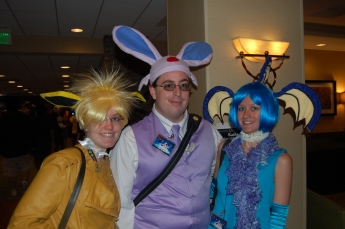 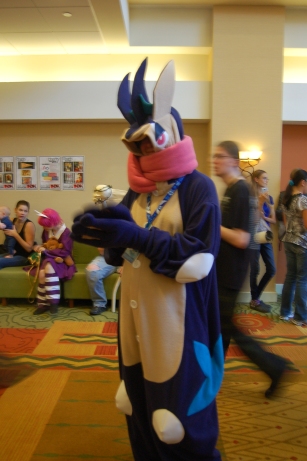 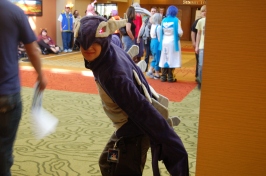 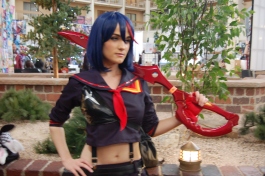 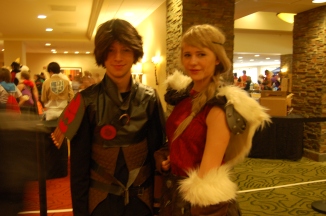 How to Train Your Dragon: Hiccup and Astrid 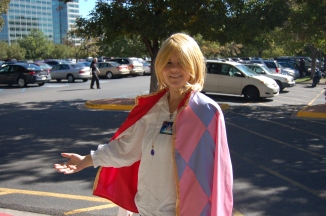 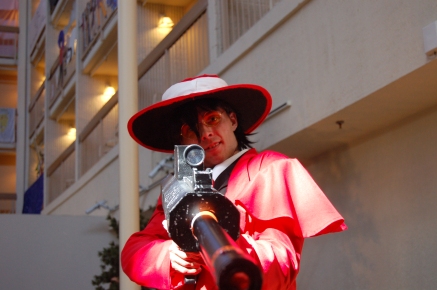 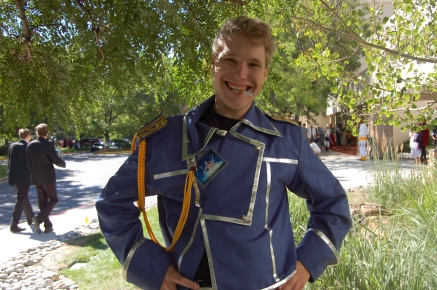 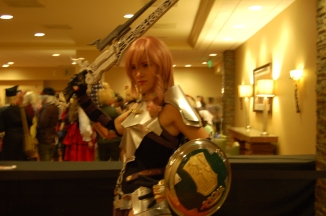 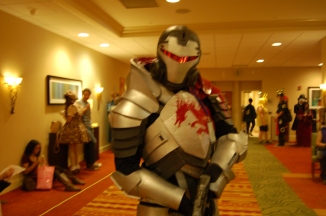 Blood Dragon Armor from Mass Effect 2 (thanks to Sam Celeste for helping us on this one!) 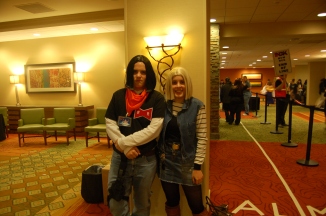 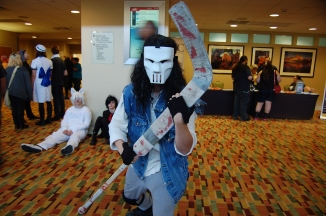 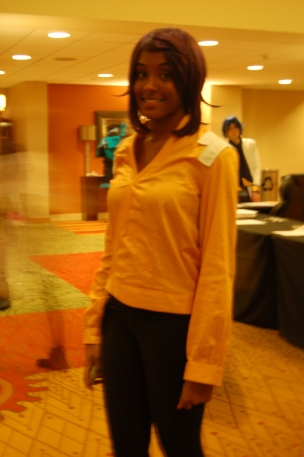 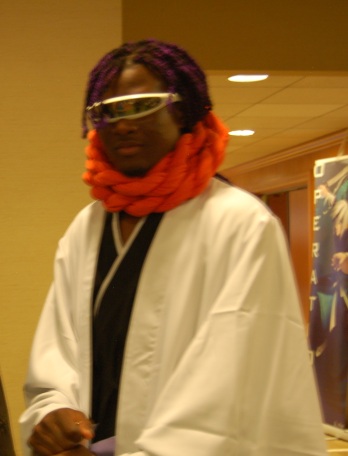 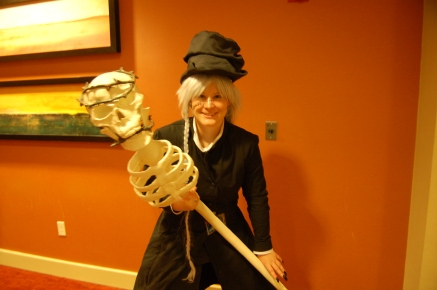 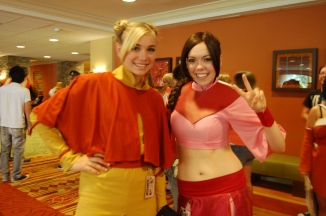 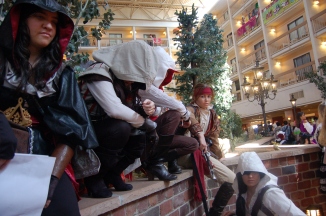 All pictures were taken by Sara Elkhatib and belong to Hush Comics. 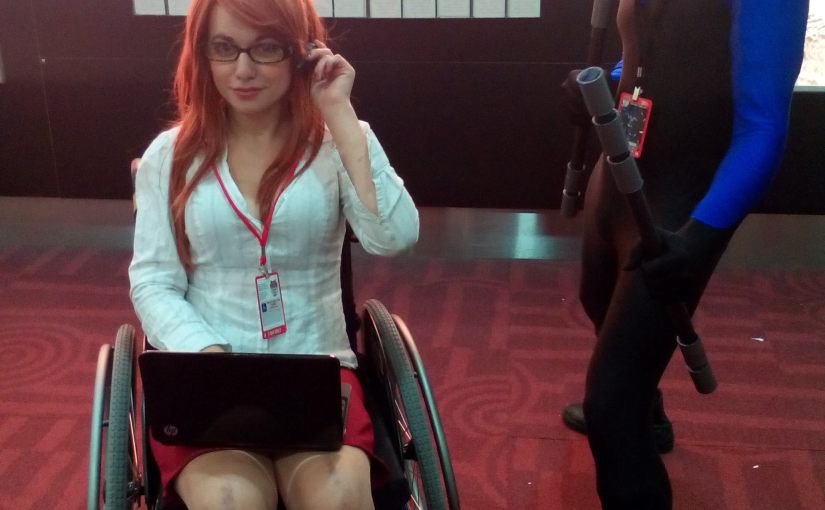 Click on the link to take you to all of our Denver Comic Con 2014 articles.

Denver Comic Con 2014 had so many Cosplayers.  So many in fact, we had so many photographs to go through, we missed some!  Here are the best of the rest!