This year’s nominations are… 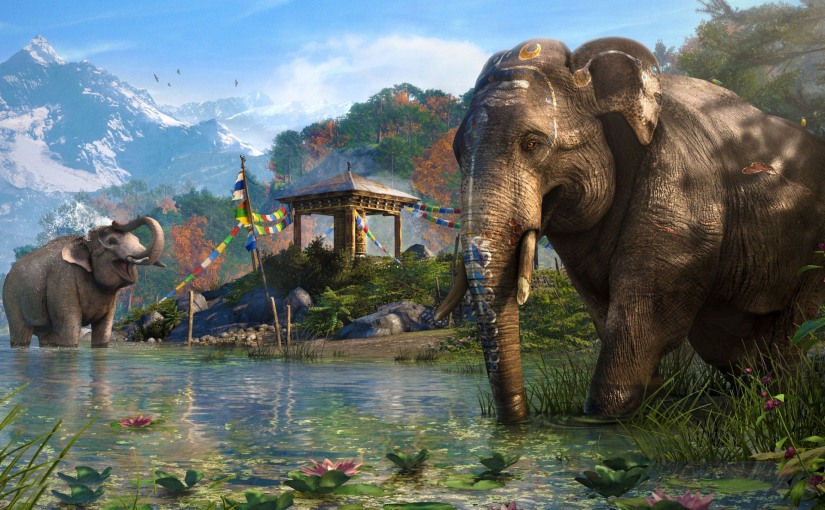 There are a few things you need to know about me.  Let’s start with the fact that I rarely play video games (other than Diablo) because I get dizzy from the graphics, I’m no good with the vast amounts of controls, and in general, the content doesn’t interest me. Another fact is my slight obsession with being nosy about other people.  Ok, saying I’m nosy was an understatement; I am an internet stalker.  Chances are, I can stay up until 3 in the morning “researching” someone who has piqued my interest, even if I have never met them.  The types of things that pique my interest can range from sex offenders in my neighborhood to some chick who had a cool hairstyle idea on Pinterest.  Lastly, if it weren’t for the fact that I have never had money, I would be in Gambler’s Anonymous.  I find gambling, and particularly poker, exhilarating.  Plus, I’m good at it.  But, alas, I don’t have money to gamble, so I don’t.  What does any of this have to do with the video game of the year?  Everything.  Watch Dogs gives people like me a certain kind of high.  You get to butt into people’s lives via their phone.  And the added perk?  You can silently judge them.  I love silently judging people.  But the best part of Watchdogs is the side games.  There are different poker games going on around the city of Chicago, ranging from low stakes to super stakes.  And who doesn’t love to gamble fake money for the chance to win big in a super stakes game while you sit in your underwear and have your mom order you a pizza?  Everyone loves that shit.  The games are literally all over the city, so you have to find a way there.  Most gamers drive, I’m sure, but remember how I don’t play games or understand the controls?  Let’s be honest, I run to poker.  It’s laughable sure, but I work hard for my fake money. – Adrian

Finally, a Lord of the Rings game done right. Mix Assassins Creed with Arkham City and you get Mordor. It is infinitely bloodier than both and if you like the LOTR lore, then this will only expand on that. The great thing about this game is that even though it is firmly rooted in that lore, you don’t need to know any of it to enjoy the game or story. Even a basic knowledge of the ring itself and Smeagol will help to enhance the story. This game also looks great on the newer systems, so you finally have an excuse to break out the PS4 or X-Box One. – Robert

I honestly can’t see how you would dislike LEGO Batman 3 as it tries to cater to everyone and most of the time succeeds. It has such a massive cast of characters that is still expanding via DLC. The game has a lot of the same game play as past LEGO games, but adds the aspect of the Lantern Planets where it is one globe you usually fly around and do missions outside of the main plot. This game offers up such gems as Polka Dot Man, Green Loontern (Daffy Duck as Green Lantern) and Conan O’Brien even guides you through the game. As far as replayability, this game has a lot; LEGO games always offer a lot to fans of whatever they are covering as they throw in little jokes only comic fans will get but new fans will enjoy on top of little references like Weeping Angels from Doctor Who. LEGO Batman 3 made me nerd out so much every single time a new level came up or I would unlock a new character. – Jacob

Solid Snake is back with a new numbered sequel, at least the intro to a new numbered. But even if it’s not the true Metal Gear Solid V, which comes out in 2015, it’s still a strong game with the usual unique and creative story and unmatched game play mechanics. MGS5 is surprisingly like another game in the past, like Metal Gear Solid 3: Snake Eater. You take over as Big Boss again but in another surprising variation this first part of a numbered sequel is more of a sequel to Metal Gear Solid: Peace Walker, originally released on the PSP. For the first time in the series, David Hayter isn’t the voice Solid Snake; instead Kojima Productions went after a big name and picked up Keifer Sutherland to voice the iconic character. Sutherland does more than an adequate job brings some different life to Snake. Ground Zeroes isn’t as lengthy as the other games in the series, but it’s used primarily has an introduction to the full fledged MGS5: The Phantom Pain. The stealth gameplay is what we know and love and the graphics are more outstanding than any previous entry. Kojima took an interesting turn by adding in a little more action than previous titles also. Metal Gear Solid 5: Ground Zeroes is a great mix of stealth and action with fun side missions for a little extra flavor. Maybe shorten the name though. – Scott 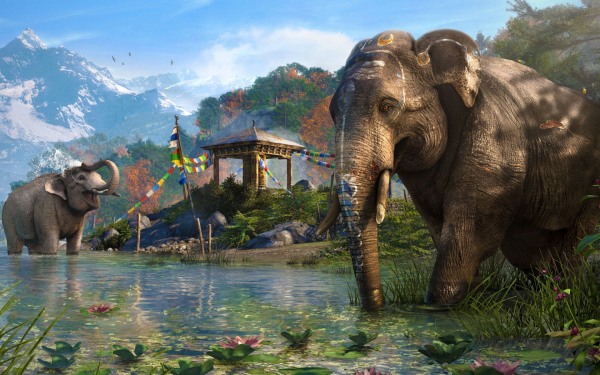 Think about the best open-world FPS game you’ve ever played. Now, imagine yourself in that game, riding an elephant into battle while shooting enemies in with flaming (or exploding, whatever floats your boat) arrows. Ladies and gentlemen, Far Cry 4. Expanding upon the formula of Far Cry 3, this installment has more dangerous wildlife and more deadly enemies. To boot, the co-op campaign is lots of fun, as are the quick matches and user-created Map Browser ensure hours of fun. Liberate a country? Suuure. Save the people? Whatever. Just give me a freaking flamethrower and point me in the direction of the nearest rhino. – Sherif