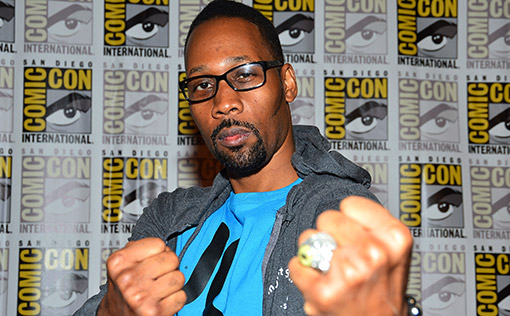 Lyric: “I cock arm, pass the bomb, like Troy Aikman/Play the basement like Bruce Wayne and Dick Grayson.”

Welcome back DTCers! Hope you all had a fantastic 4th of July. Over at Hush headquarters, we celebrated the great Red, White, and Nerd! Let’s keep it going, shall we? This week’s DTC features a repeat rapper, the one, the only, the RZA. This track comes off of his 3rd solo studio album and brings with it not only a powerful message, but some supreme nerdiness as well. Like all rap artists, RZA strives for success (he already found it if y’all didn’t know), and in order to be successful you have to make it happen. If you are to become one of the greats and have little boys and girls listening to your hits when you are long past, you have to do one thing. Work. If you don’t put in the work, and have no dedication to your craft, then no one will respect it. That is exactly what RZA expressed in this so skillfully executed nerdy comic reference.

Since 1989, or even before, RZA has been dedicated to his craft. He has put in the work from day one and look at all it has gotten him: multiple albums, countless soundtrack features, tons of features on albums and has been named one of the top music producers according to Vibe, NME, and The Source. RZA has also showed us his acting and directing chops in various films. If you people out there don’t think RZA is neither a star nor a nerd, just Google “RZA” and “Afro Samurai” together, and let all your doubts fade way with your embarrassment for being so foolish. It’s easy to see that RZA is a nerd simply based on this lyric. He doesn’t say “Batman and Robin;” he uses their secret identities. If you know secret identities, then you may be a nerd – congratulations.

RZA understands the importance of having a solid work ethic. Regardless of what you do, if you don’t do it with conviction and dedication, someone who is putting in the work will pass you any day now. Regardless if you are writing the next big comic book, or starting to write your first rhyme, you should strive to be hall of fame quality. You need to be Troy Aikman in a sense, and put everything you have into that one pass. Give your heart and soul into your work, and the work will speak for itself. As you all know RZA goes hard in the paint and truly shows off his craft by using a skillful comic book reference. Most rappers starting out, or even today find their basement to be the base of operations. With eggshell cartons lining the wall, and pantyhose over the microphone, the basement becomes a true recording studio. For aspiring artists on the come up, that basement is the Batcave. In Gotham, if there was no Batcave, would there be a Batman and Robin? If the answer is yes, would they be as effective as they are? Every person, despite the craft, needs a place to make the greatness happen. Batman and Robin have the Batcave, Superman has the Fortress of Solitude, Iron Man has the Stark Tower, and RZA has the recording studio. Similar to the Batcave, the infamous basement recording studio is both out of sight, and underground… I see what you did there RZA, I see it. If you aren’t working hard when you are out of sight and out of mind, then dedication isn’t part of your skill set. Because if you do work hard, who knows, you could be the next RZA, you could be the next Bruce Wayne, you could be the next Dick Grayson. Work hard, do what you do, and make the basement proud! 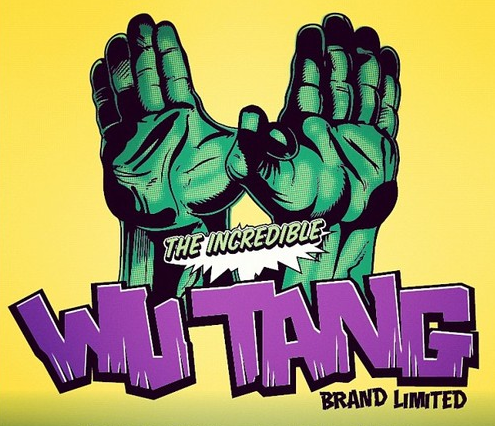 Lyric: “Used to break days smokin’ coke and digi/ Til I bulk up to the Incredible Hulk like Bill Bixby/ Face green, knuckles burst out like Wolverine.”

Don’t make RZA angry. You wouldn’t like him when he’s angry. Based on this line, it could possibly be due to drugs or fast cars or whatever. Coming out of RZA’s third studio album, Birth of a Prince, he brings us this hard-hitting song Fast Cars. Reading this lyric, I can guess two things about RZA. 1: Drugs – RZA use to like them and knows a lot about them. 2: He is a nerd because not only does he use a very famous superhero rivalry reference in this song, but he also use to watch the Incredible Hulk TV show back when he was just a wee lad. Now I’m not going to spend much more time speaking on coke or digi or the alcoholic drink named after my favorite hero, simply because I don’t know anything about that mess. However, what I do know is the Hulk and the Wolverine. Looks like it’s time to flex my nerdy-ness.

Picture, if you will, a young RZA at 8 years old sitting on the floor watching a scrawny man named Bruce Banner (played by Bill Bixby) become an enraged massive man monster deemed “The Hulk” (Played by Lou Ferrigno). Lou Ferrigno actually made an appearance in Hulk movie which coincidentally was released the same year as this album, 2003. Young RZA continued this tradition of his for 5 years, until the show ended. Now my guess is that this void of no Hulk is what sent him spiraling down the drug hole, but it’s just a hypothesis. Now this line by RZA could mean that when he drinks it makes him go a little crazy, he flexes out, balls his fists and is ready to go off. However, it could also mean that he dropped the drugs and decided to become a man-powerhouse such as the Incredible Hulk just as Bill Bixby did as Bruce Banner. And When RZA finally decided to do that, he got up and decided to puff out his chest and fight off the world like Wolverine. I prefer the latter theory. I appreciate this line because whether RZA realized it or not he put a classic rivalry together with the Hulk and Wolverine.

This fight has been immortalized in several comic series. Such as Ultimate Wolverine VS. Hulk, Incredible Hulk #181 (first appearance of the Wolverine), The Incredible Hulk #454, #340, Hulk #8. This feud is also shown in Marvel Fanfare, the Infinity Gauntlet, and various Wolverine and X-Men comics. Seriously people, this rivalry is even in cartoon shows such as Hulk VS and a Marvel Knights motion-comics adaptations. So when Bruce Banner is Hulked out with his face green and filled with rage, what else is Wolverine to do but tighten up his knuckles and burst out his adamantium claws, engaging in what is always an epic battle? Similar to how RZA battles on the mic. It’s only nature, bub.