Bigtop is the most amazing Star Wars Collectors store ever with the added bonus of having thousands of other collectible toys. They have an impressive collection of Hot Toys figures from some of the most popular current movies. From the video you can see the Avengers, Star Wars, Walking Dead, Star Trek and LEGOs!. This store opened on 12.12.12 but Bigtop Collectibles has been around since 1992. 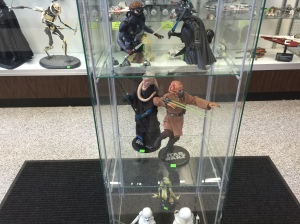 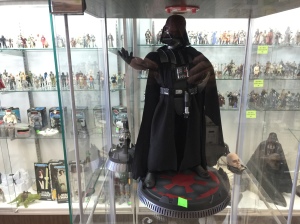 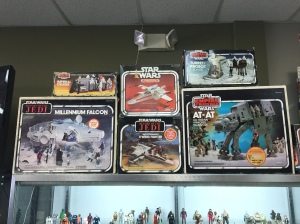 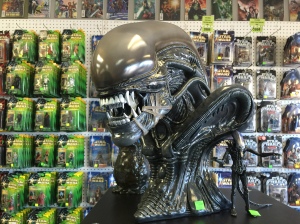 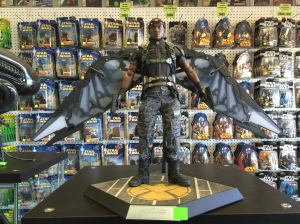 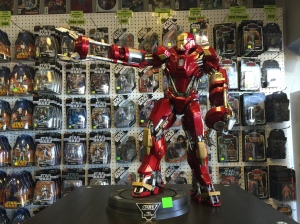 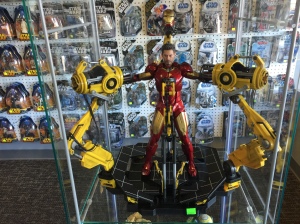 How Much it Costs:

They have figures from $5 to $300. I found many things very affordable and for the the discerning high end collector, very fair prices. I didn’t see any of the higher end items that were that were overpriced.

For the Star Wars collector, this is a must-visit store if you are in Colorado. There were items I haven’t seen anywhere else, except maybe online for outrageous prices. If you are into vintage Star Wars, they have a large assortment of pristine or nearly pristine still in the box play-sets and starships. It was simply amazing to see so much of it all in one place and in such great condition.

The thing I loved about Bigtop was how easy it was to find everything. The store is meticulously arranged in perfectly straight rows and perfectly organised. The display cases beautifully showed the higher end action figures.

Carlos, the owner,  told me that they are receiving something HUGE this week that no one in the state will have. He said it was Star Wars related and was such a cool big item that people from all around will come to check it out. He didn’t want to tell me exactly what it was, but we will cover it right here on Hush Comics for next month’s “Shut Up and Take My Money.” We can’t wait to find out what this item is!

Thank you to Carlos for the tour and the interview. 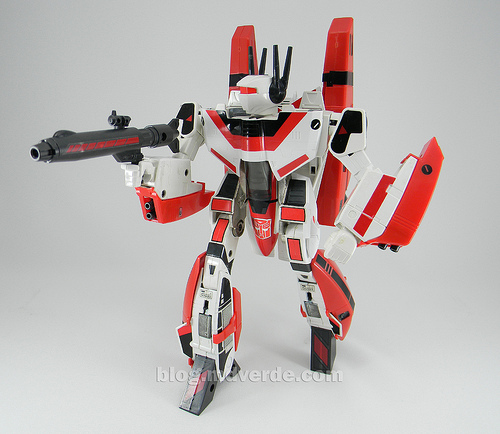 Transformers have existed nearly 30 years, providing us with cartoons, comics and toys. The Transformers began with the 1980’s Japanese toy lines Microman and Diaclone. Hasbro bought the Diaclone toy line and partnered with Takara Tomy to produce and distribute Transformers. Transformers went through a period of low popularity in the early 2000’s, but were brought to the forefront of action entertainment with Michael Bay’s live action Transformers movie franchise. After the first live action movie was released, Transformers became more popular than ever. With this new popularity, the older Generation One toys have increased in value.

The Transformer known as Jetfire is an airplane that transforms into a robot. Jetfire, as a character, is known for his intellect and dedication to science. He is compassionate and believes he’s the smartest among his fellow Autobots. He is an Autobot, a good guy, but started out as a Decepticon and friends with the evil Starscream. The other Autobots don’t always trust him, because he can be cold and calculating. Here is an interesting side note: this particular toy was also made for Takatoku Toys and sold as the VF-1 Valkyrie. The VF-1 was a fictional mech/fighter jet in a popular Japanese Anime series named “The Super Dimension Fortress Macross”, also known as “Robotech” in the US. You can read more about it here.

“ I don’t believe in destiny ”
—Jetfire

How Much it Costs:

The price can vary quite a bit depending on the version for which you are looking. If you are going for “vintage”, like the one in the video, prices can range from $40-$4000. If you are looking for the 1984/85 Jetfire to just play with for fun, I have seen a few Jetfires without the box and missing accessories going for $40-80 on eBay. If you are looking for a mint condition Jetfire sealed, graded by an appraiser, and for display only those are the ones that sell for thousands. There are newer versions and you can go today to Toys R Us to purchase Jetfire for about $40.

I love the original Generation One Transformers, like this Jetfire. The Generation One Transformers were made of substantial materials and stand up well over time. As you can see from the video, for a 30-year-old toy, it still looks pretty good! It’s cool looking and fun to play with. Unfortunately, it’s a rare 30-year-old toy and I’m so afraid of breaking it. The newer version looks similar; Jetfire is still a plane, but a more modern design. I also believe the newer Transformers I’ve played with were designed better. Even though the new ones are more sophisticated, they are made out of cheaper materials. The 1984 toy is worth owning, but if you want one to play with, I highly recommend just buying the 2014 version. The vintage one makes a pretty awesome display piece that you can look at and play with gently. 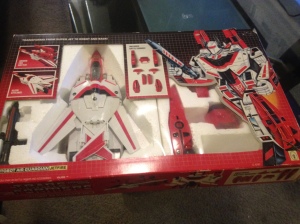 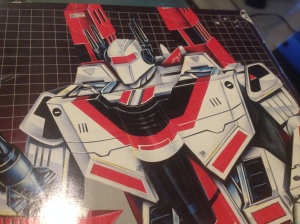 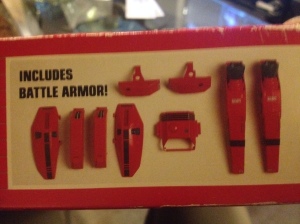 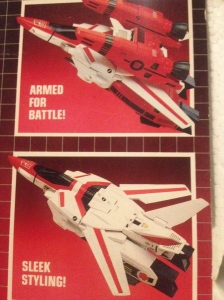 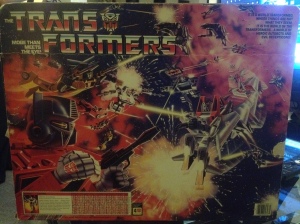