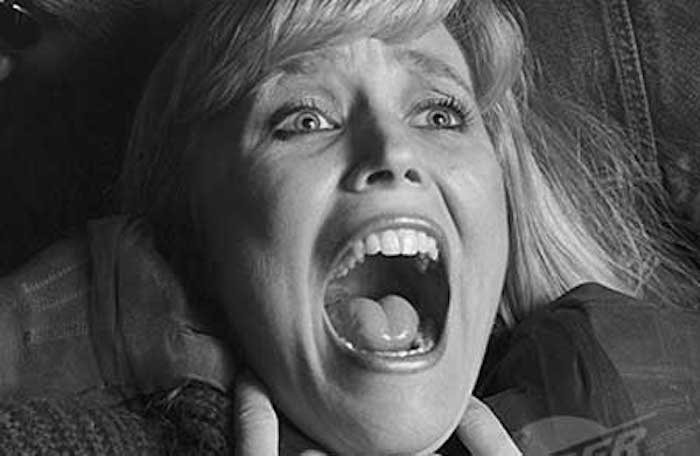 It’s that time of year: Halloween weekend is upon us! Everything is at the peak of awesome-ness. I know most people love their Jingle Bells and wrapping paper, but I’ll take haunted houses and skulls over that merry crap any day.

All year round I seek out the best of the best (and the worst of the worst) in horror movies and what better time for me to make some recommendations to all you lovely dears out there than Halloween? Now, you must bear in mind that choosing a horror movie is no easy task.

One does not simply choose a horror movie, there are so many different options out there for a person in need of a good scare. Are you looking for blood and guts?

Do you want something psychologically scary? Are you looking for ghosts? Monsters? Zombies? People? Cats? Laugh if you want but at least three movies starring evil cats come to mind (Sleepwalkers, Cat People, Pet Sematary).

Lucky for you, I’ve composed a relatively short list of the best options in five easy categories just in time for our most sacred of holidays. Behold! My top 25 picks for the best of the best movies to watch this Halloween weekend..

First, let’s start with movies that have come out in the last 20 years that are classics in the making AND, in my humble super hard to scare opinion, were either genuinely creepy or downright scary.

James Wan and Leigh Whannell are horror geniuses. Insidious is subtle at the right times and is basically the Poltergiest for our modern generation. This movie stuck with me, when I hear sounds in the night I think of Insidious and go check my son’s room to make sure no red faced demons have come to take him. Also, Tiny Tim’s Tiptoe Through The Tulips is now the creepiest song ever.

Based on the true stories of one of demonologist and one my most favorite interesting people ever, Lorraine Warren, The Conjuring is downright chilling. It will make you jump and probably want to sleep with the lights on, as if that would help.

I know I’m cheating by doing a two for one, but in my opinion Paranormal Activity 2 is far better than the first, but you have to have the first to get to the second I suppose.

If this movie doesn’t scare you you may not have a soul. No offense. This movie changed people and it changed horror movies as we know them. It may be overdone as hell now, but The Blair Witch Project is found footage at its origin and at its best. No lie, after I saw this movie when I was 13 I absolutely stole a butcher knife from our kitchen and slept with it in my room. For a week. And then I started making the creepy little stick people from the movie and leaving them in my sister’s rooms.

Modern day social commentary by way of a zombie movie. It’s gruesome, it’s dark, and it’s got rage zombies that come at you at full speed.

Second, for you younglings out there, the CLASSICS. I’m not going OLD old school classics here, Frankenstein and Nosferatu are amazing movies but I understand that in this day and age that shit isn’t scary. I still highly recommend you all check out the real classics though, especially if you find yourself with a strange affection for all things horror, like myself.

Yes it came out in 1984 but believe me, this movie is timeless. Freddy Krueger IS the boogie man. Note: Do NOT watch the remake. JUST DON’T DO IT. It tried it’s best to ruin one of the best horror movies of all time and frankly it should burn for it. (Ha! You see what I did there)

This movie redefined haunted houses for a whole new generation and there still haven’t been many movies that compare to it. Also, clown toys will come to life and they will come for you in the night.

Southern hospitality at its worst, horror and gore at its best.

Horrifying. One of the bloodiest and most evil movies to come out of the 80’s. If you like this one you should absolutely check out the sequel, it might be even better. But do yourself a favor and stop there.

If you don’t know why this is on the list, I don’t want to know you. Again, no offense.

Third, here are your underrated movies. You’ve probably never heard of them, and maybe they get a bad rap, but just because they weren’t box office hits doesn’t mean they’re bad.

No, this movie is not the greatest, but it isn’t the worst. The acting isn’t great, but it has Ryan Kwanten from True Blood in possibly the only other place we’ll ever see him. It’s got ventriloquist dummies that kill people and honestly tell me someone who isn’t freaked out by those little bastards.

I’d never heard of this movie, my husband and I saw it on Netflix and I said let’s give it a go. It’s well acted, gory, and pretty scary. Granted I have an unhealthy fear of aliens, like seriously unhealthy, like I need therapy, but my husband who is a normal person thought it was creepy too so I say it’s worth a watch.

More suspenseful than it is scary, but it’s absolutely one of the best apocalyptic movies that’s come out that focuses on the people. It may not have the blood and guts, but it’s scary on the psychological level of what the hell happens to people and your family when the world gets wiped out.

This movie got horrible reviews but I don’t understand why. You don’t even have to be a fan of the games to like it, it’s just terrifying. Anytime I hear that siren sound my blood runs cold and I wait for pyramid head to come and tear my skin off. Too much?

All I can say is cutting off an arm with a box cutter then using a cinderblock to break the bone and sever the limb. Saw, eat your heart out.

Fourth, for those of you that love a good laugh with your carnage I give you the awesomely bad category. Most of these are from the 70’s and 80’s and they are so bad they’re AMAZING. These are ideal picks to watch with a group or to have on in the background at a party.

Any of them really, but specifically part 2 and part 9. That’s right, PART 9, and that wasn’t even the last one. But I think more people get killed in this one than all the others combined.

Quite possibly the worst acting I’ve ever seen, but the monster is pretty creepy.

What happens when a nerd in the 80’s wants to be cool so he calls a random hotline to learn how to be? He becomes a murderous demon, naturally.

Okay I love this movie so I feel bad putting it in this category, but I know it’s bad. There are so few good werewolf movies…

Keith David and Rowdy Roddy Piper get in a 30 minute fist fight that starts in an alley and travels from there. It just never stops. I think it’s a good 1/3 of the movie.

And finally, I present to you the wild card, WTF group. These are not what you would expect, but worth the watch. However, enter at your own risk:

The Island of Doctor Moreau (1996 remake)

Seriously so fucking weird it just gives me a gross feeling in my stomach but I love it so much. It’s so freaking weird. And gross.

Really, this one is an enter at your own risk kind of thing. This movie is DARK, and sickening to most. It’s on par with A Clockwork Orange, as in its scary because people are far more terrifying than any monster under your bed.

People pulling out their own teeth with pliers to make sure the government can’t spy on them. ‘Nuff said.

Jeff Goldblum at his finest. The original The Fly is a classic, this one is too in that really gross stomach churning kind of way. Remember hearing as a kid that when flies land on you they throw up acid and then eat the mess? Well picture Jeff Goldblum as a fly monster doing that to a dude. Or don’t. /shudder.

I LOVE this movie, for me it could fit in more than one category. Rob Zombie is a master of the fucked up, and Dr. Satan is freaking horrifying, even if his existence raises A LOT of questions. Besides, Chris Hardwick with his head cut open getting his brain poked at while he’s still alive, you can’t miss!

There you are my lovelies, I do hope you’ve enjoyed my list. Now go forth and watch, love the gore, love the horror, and always check under your bed before going to sleep.