Everybody loves a good origin story, am I right? Well, you’re in luck, because Justice League: War is the first movie based in the New 52 continuity. Originally named after the first volume story arc, Origin, in the Justice League comics, War follows the core Leaguers in their first encounter with one another. This was a very interesting story to read the first time, as the characters that have decades of lineage are now relatively complete strangers. So, while you’re getting a brand new story, you’re also getting the first story in the New 52 canon. There are enough variations to the book to keep new and old fans satisfied, and it gives relatively equal play time to each character, an alluring selling point for those who may feel Batmanned out for the year (I call those people “not my friends”). – Sherif

There’s nothing more Batman than a swordfight with Ra’s al Ghul, word to Neal Adams. Grant Morrison has done a great service for the Batman lore by introducing (and then maliciously murdering last February) Damian Wayne, the genetically-bred superbaby of Bruce Wayne and Talia al Ghul. Half master detective, half socio-pathic assassin, all cuddles, Damian bridges Batman to the bad guys and makes for the worst one-night stand in comic book history. This iteration of Morrison’s Batman and Son works well for an animated adaptation, and Deathstroke was a fine addition to this hard-hitting film. What really makes the film memorable is the slobber-knocker between an onery Damian and Nightwing. – Sherif 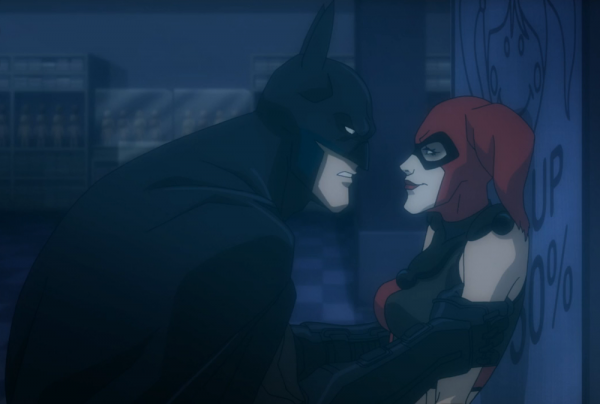 If you need any more evidence that Batmania has taken over this year, look no further than Batman: Assault on Arkham, the story ripped straight from the pages of the New52 Suicide Squad, now with Batman for added marketing! I must say, adding Batman to the story widened the scope and made it more interesting. The whole story plays out like an episode of 24, giving off a sense of urgency and suspense that I didn’t really experience with the other DC Animated films this year. – Sherif

As a Quidditch player, I absolutely love this film. Watching the games that UCLA played during the Fifth Annual Quidditch World Cup had my heart racing the entire time. Not only is Mudbloods genuinely a great narrative about the little guy, it’s really informative and explains the game extremely well. I used to play for the Denver Dementors and I’m about to start coaching my own team, so having something to show new team members that really understands Quidditch and the culture behind it is extremely valuable to me. One moment of the film that really stuck with me, and was a major theme in the film, was when the coordinator of the World Cup talked about a time that he was sitting on the grass with a friend and two upperclassmen sneered at them. “I can’t wait for those freaks to play Quidditch again so we can laugh at them,” he remembers them saying. “Now, I used to hate that guy, but now I love him because whenever someone tells me that this is not possible, that we can’t play real life Quidditch… I just remember that douchebag’s face and I know that I’m never going to stop!” he said and then asked that people who had ever been made fun of for playing Quidditch to put their fist up in the air and scream the name of the game. Let’s just say my voice was hoarse after the movie. – Charlotte 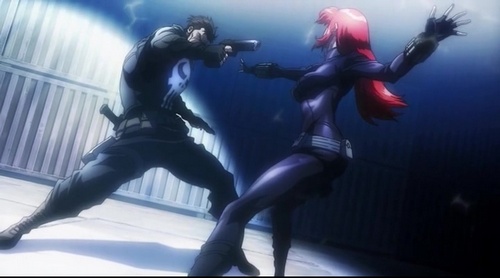 Marvel doesn’t really dabble in the animated movies like DC does. Sure, there are the occasional Marvel Knights motion comic adaptations and various anime, but Avengers: Confidential was really the only true animated feature that left an impression on me. Here, Black Widow and Punisher team up to break a bunch of faces. At least, that is my synopsis. The animation is an American attempt at anime, falling somewhere between Afro Samurai and Rise of the Technovore. While the movies are confined to age-appropriate material, it’s nice to see two of Marvel’s deadliest cut loose in the animated world. – Sherif

Next Category: Best Film of the Year