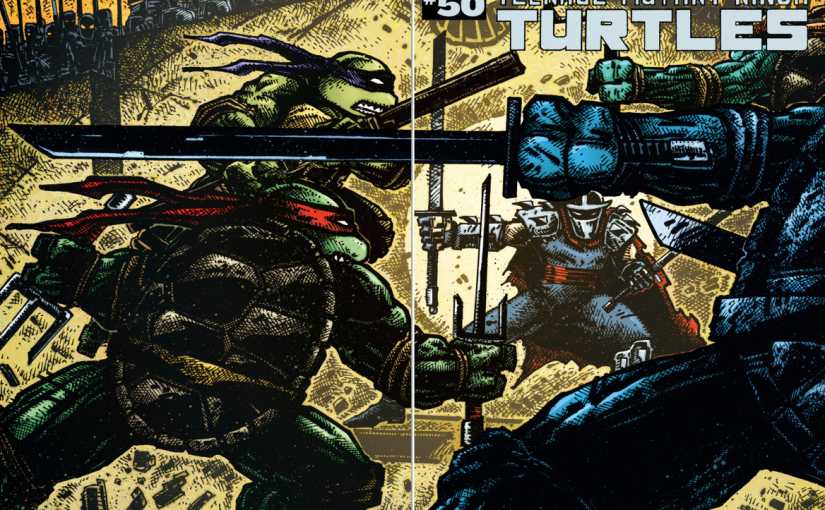 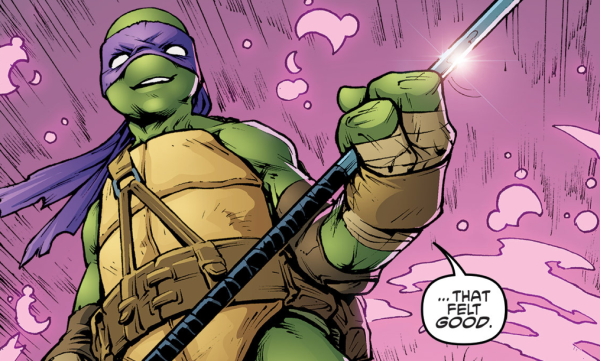 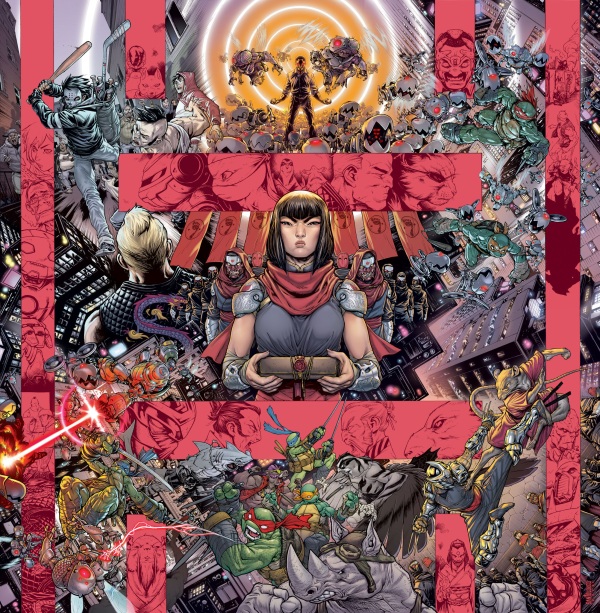 With this being a double-sized issue, it makes it quite simple to see all the steps among this series that led the turtles here and how every story has brought them to this point – even the most forgotten issues among the series. But this issue has just about every element that makes TMNT so great in it with major game-changing elements that will leave some readers dragging their jaw around the ground for days.

To get into the story a bit, which is done with near perfection by Kevin Eastman, Bobby Curnow and Tom Waltz, we see the Turtles in an epic battle with Shredder and all his forces. With the turtles up against Shredder’s minions – Bebop, Rocksteady, Koya and Bludgeon – Splinter is in a deep state of meditation to prepare for his battle with Shredder. While we see Splinter in meditation, we get some informative flashbacks thanks to artist Cory Smith doing a great job with the dreamy colors for the flashbacks. It does a wonderful job of matching Mateus Santolouco’s art; the books flowed extremely well with no extreme art changes between the two separate stories.

The whole issue is basically one giant battle ending with a surprise reappearance from Donnie, a rather brutal death and huge surprise that the Turtles may now be a band of three… It all leaves to reader on the edge of their seat insanely excited, deeply saddened, extremely satisfied, and with such a large amount of surprise you MUST talk to others about it even if that means talking into a sewer hoping a turtle is there to hear you… no matter how insane you may look… not admitting I did this… 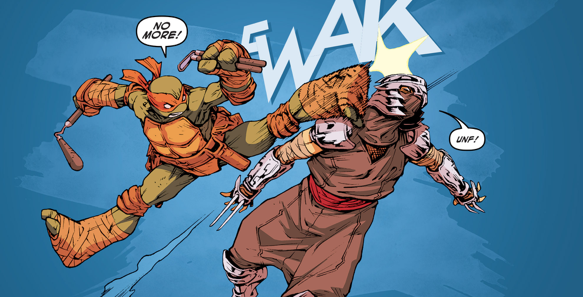 To sum it up, this issue packs a wallop of a story with an insane amount of game-changing elements for the reader, leaving us wanting needing to read it again just to make sure the shock of some elements didn’t make you miss something. I can’t say I have enjoyed TMNT this much before, and can honestly say I feel this is TMNT in its prime! 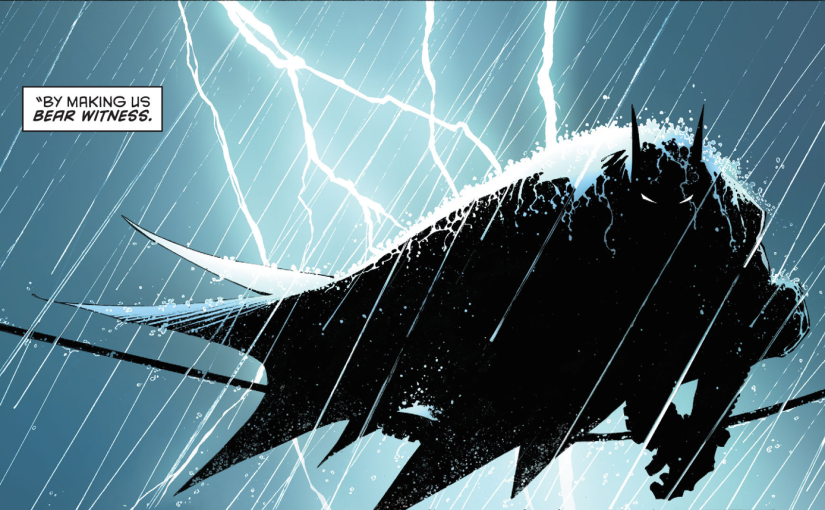 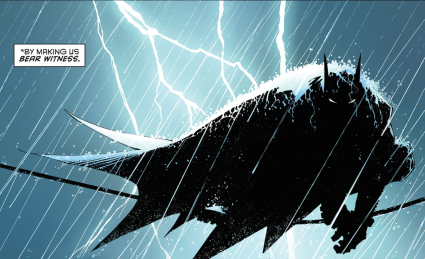 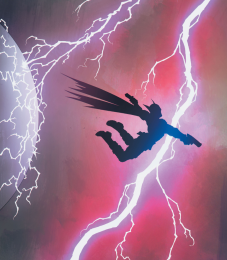 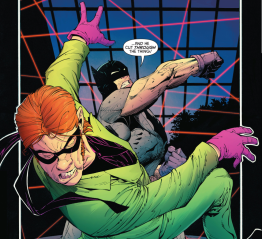 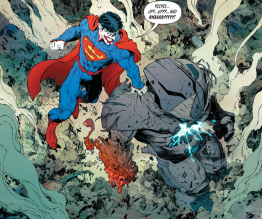 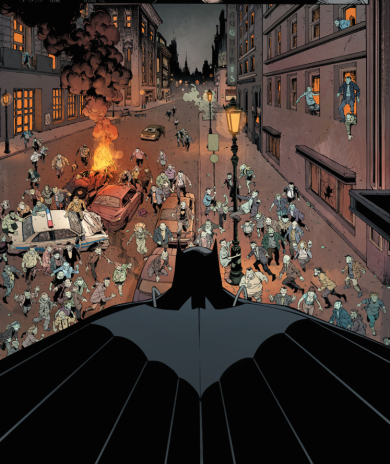 This guy right here, he could make anything look good. When we interviewed him in May, he even made us look good and each month, he makes Scott Snyder look good, as well. A fair amount of thanks go to Snyder and his colorist FCO Plascencia, but this self-taught artist gets a lion’s share of the credit for why Batman is the best book in the industry. Thanks to years of pencilling Spawn, Capullo has the terrifying down-pat, but Capullo has also made the panels of Batman undeniably beautiful at times. As a Batfan, I hope he sticks around forever, but if he chooses to leave the series come issue #50, I will follow him wherever he goes. – Sherif

All I have to say here is go read Saga and you’ll see why Fiona Staples deserves to be the top rated artist from this year. Her slightly sketchy style of lines adds a fantastically whimsical quality to every page. Even when the story line hits overly serious notes Fiona’s artwork adds a hint of magic to what’s happening in the scene. I’m not the only one who thinks she deserves every accolade she receives. With nine award nominations, six of which she won, it’s clear to see she towers above almost all of her peers. On top of doing the art for Saga, she was just picked to do the art for the new Archie comics. To be tapped to draw the next generation of one of the longest running series of comics ever written speaks more than any award. – Scott

There’s no harder job in a horror story comic book than making it look frightening, yet still keeping the technique so crisp. Sure, you could go the route of Jock, who does the psychotic, manic art on Wytches, but I find so much more substance in Mike Henderson’s Nailbiter art. Nailbiter has just the right amount of terrifying mixed in with beautifully drawn backgrounds and character models. What makes me love Henderson’s art so much is that he doesn’t get in the way of the story to try to boast. There are times that I completely forget I am reading a comic book because I get lost in the flow of the art; it feels like I am watching a horror film. To boot, the guy is a phenomenally diverse artist with a lot of love for other work. I look forward to being scared shitless by Mike Henderson in 2015. – Sherif

The Teenage Mutant Ninja Turtles have been around for nearly 30 years, and with all the different versions that have been released in comic book form, nobody has done as well as Mateus Santolouco has at making me feel the same joy I felt when I first got into the Heroes in a Half-Shell. Not only do the turtles look great, but the slew of other mutants (ugly and beautiful) look perfect, too. It’s as if he studied to see what Kevin Eastman’s work would look like in the future. After kicking butt in last year’s Secret of the Foot Clan and City Fall, Santolouco continues his strong run with the debut of the Mutanimals, leading up to an impending war between Shredder and Krang. – Sherif 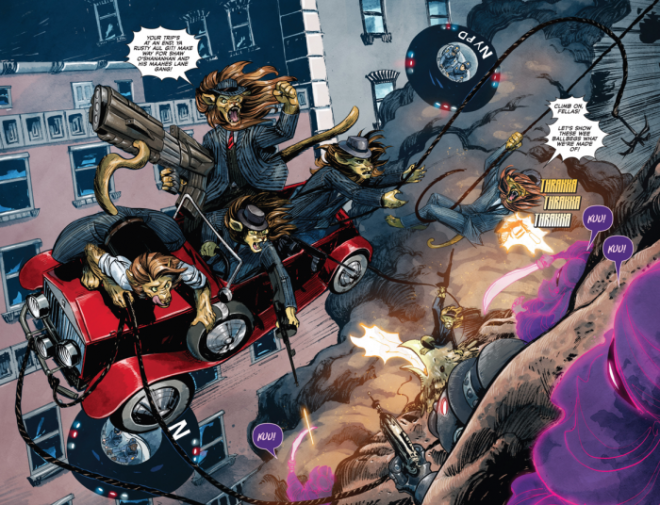 I want to first say: I knew her before she got big, so that makes me better than everyone. I met her at a tiny little event called the Cow Town Comi-Con on the top floor of The Tattered Cover where she was selling original art for a personal project. Instantly, I told her she needed to be working for Marvel or Image or someone. Fast forward just a couple of years, and ta-da: artist on the fantastically popular Shutter. While she wasn’t born in Denver, I feel like Denver gets credit for her since she did live, work, and get her education here. – Cuyler