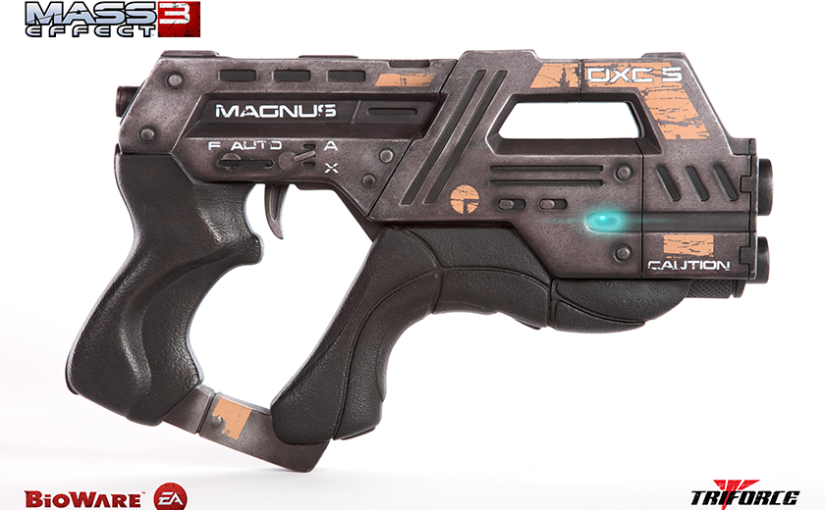 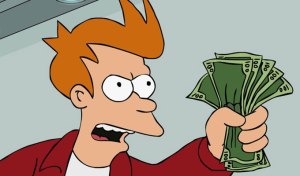 What it is: While I wait for inFamous: Second Son and Metal Gear Solid V to come out in March, I’ve been keeping myself busy by re-playing the Mass Effect trilogy. Mass Effect is one of the best games I’ve ever played. It created it’s own universe, with new species, planets and, of course, weapons. The M-6 Carnifex was officially named in the second game, and fully-detailed in the third. It is a Magnum-like pistol with heavy rounds and high accuracy. For a video demonstrating its badass-edness, check it out below:

The replica weighs in at seven pounds, which tells me that it’s sturdy and feels realistic – not some plastic knock-off. So you’d be paying for the real deal – minus, you know, the fact that it doesn’t shoot out lethal beams. It does, however, have functioning LED lights that turn on when the trigger is pulled… so there’s that.

How Much it Costs: The M-6 Carnifex is not for the faint of heart. When the replica was announced last year (along with the M-3 Predator and Geth Pulse Rifle), it retailed for $400 (the Pulse Rifle is still available for pre-order if you are willing to drop $750). The Carnifex is sold out everywhere, but with just a little bit of digging, you can find it on eBay or Amazon for around $250. This isn’t out of the ordinary, as a lot of Tri-Force’s collectibles are highly-coveted and, therefore, highly-priced.

Is It Worth It?: It’s a tough call. Fans that are interested in hard-core cosplaying for Mass Effect should jump at the opportunity to adorn themselves with such an incredibly detailed sidepiece. Collectors should also jump at the chance to own a Tri-Force collectible. Only 500 of these babies were made, so once they run out on their first cycle through eBay and Amazon, the price will skyrocket. Picking up one now would be a sound investment. Casual fans of the game and collectibles should probably just admire the pretty pictures and move on. Paying over $200 for any collectible is a serious investment, and you may end up sleeping on the couch with your new pistol if it’s not the investment you try to make it.

Bottom Line: This is a premium replica at a premium price. If you love Mass Effect that much, or want to invest in a collectible that will undoubtedly give you a return, go ahead and pick one up. These things are selling out like divorce attorneys at a Kardashian family reunion, though, so act quickly if you aim to buy. Hopefully, the success of the Carnifex will lead Tri-Force to try out other video-game replicas.