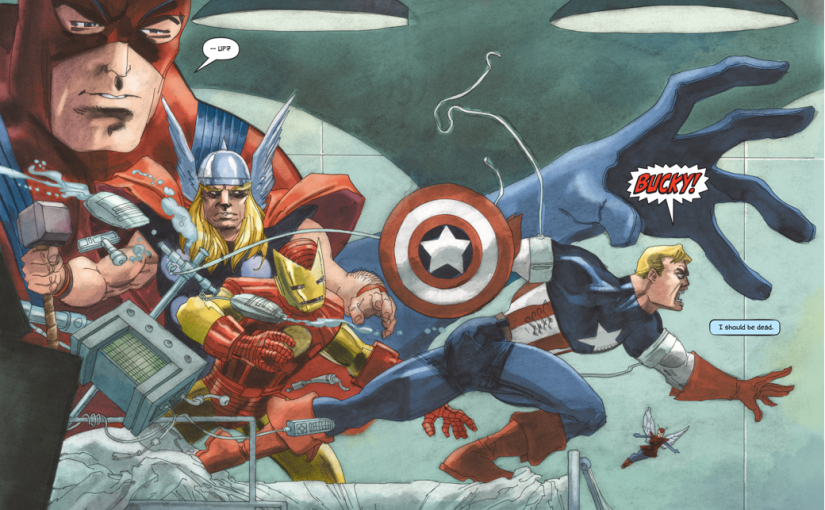 This book was eight years in the making. We waited for this book almost as long as we waited for Dr. Dre’s third solo album. Unlike that album, this is not a complete shit waste of time, abomination. This book, like the others in the “color” series, is timeless. It’s sort of like the Disney movie version of comic books. It’s when a story that’s as old as time (assuming time was invented in the 40s), but it can bridge gaps between old school fans and new readers.

What new readers might not know is that Jeph Loeb and Tim Sale are one of the greatest tag teams in comic book history. The Long Halloween, Haunted Knight, Dark Victory, Spider-Man: Blue, Hulk: Gray, Daredevil: Yellow, Catwoman: When in Rome… the list goes on. Captain America: White carries on tradition with its jumbo-sized premiere issue. Whether it be the lack of talent in today’s pool of artists or the years of polishing, this issue is gosh-darn gorgeous. The shading, the crispness of Sale’s lines – it’s just a reminder of what we have been missing as fans for years.

One of the biggest parallels in their work I noticed was how familiar the concept of a hero’s ward is. The dynamic between Cap and Bucky is very similar to the one Bruce has with Dick in the Batman books. Cap is struggling with bringing a child into his dangerous world, and Bucky is just a happy-go-lucky, fearless, good-natured kid, blazing into danger’s path. However, it never felt like the same story being told; it just had a familiar feeling.

Also familiar was the “color” theme of love and loss. It might be a little weird since all the other characters’ books were about a romantic love, but that doesn’t mean it was made with any less emotion. Loeb’s own son, who passed away when he was 17 from bone cancer, is just about the same age as Bucky here in these comics. It’s apparent in the book that this was for his son, and brings me as a reader closer to it. Cap’s recounting of the war days came across as a heartfelt story about his best friend and less like the eye-rolling account of an old geezer. 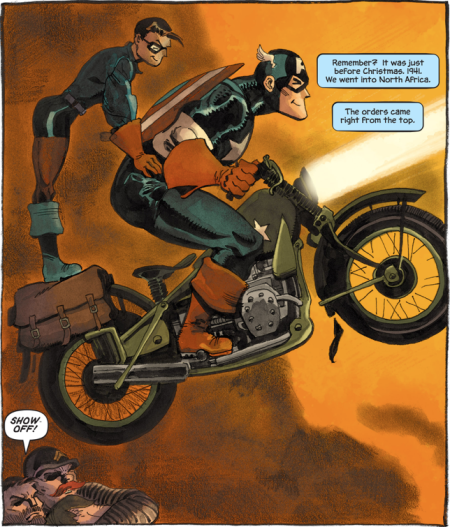 In short, Captain America: White is going to remind the world how comic books should be made. Not the waiting half a decade thing, but the amount of care, talent, and love put into it. With the money factory that comic books have become again, there are only a handful of creative teams left that I feel combine talent and passion the way these two can (Remender/Craig on Deadly Class, Snyder/Capullo on Batman, Vaughan/Staples on Saga, Lemire/Nguyen on Descender), and I hope this sets a new bar creators and publishers try to reach on their new material.