We were privileged enough to get another new episode of Community this week, but unfortunately it didn’t quite hit the spot. I worry that the novelty of Community still existing is wearing off and the true colors of this season are showing through, and they’re not so bright.

The absolutely hilarious physical comedy: I dare you not to laugh at the prisoner iPads on wheels. Maybe it’s just me, but that gag stayed funny throughout the episode. I have to say the highlight was Willy trying to kill Jeff by pushing him down the stairs but instead just repeatedly rolling into him. There’s a lot you can do with something as silly as that, and the concept was successfully exhausted by episode’s end when Abed took them all over and basically turned into a Blorgon.

The group – except Jeff: I understand that everyone in the study group of old was weird. They all had their quirks which made them unique, funny and loveable. So far this season, and especially in this episode actually, it just feels like everyone has become a caricature of themselves. Except Jeff. He seems to be the only character the writers are doing justice for anymore and is at all like the network TV version of himself. Chang has maybe three lines an episode and they’re all still about what a crazy homeless person he is. It’s basically like they’ve turned all our beloved characters into static versions of themselves and each week they’re just inserted into absurd situations. It’s really not working that well for me. Not to mention they brought in two new characters who are basically not even in the show. Where is my Keith David dammit?! 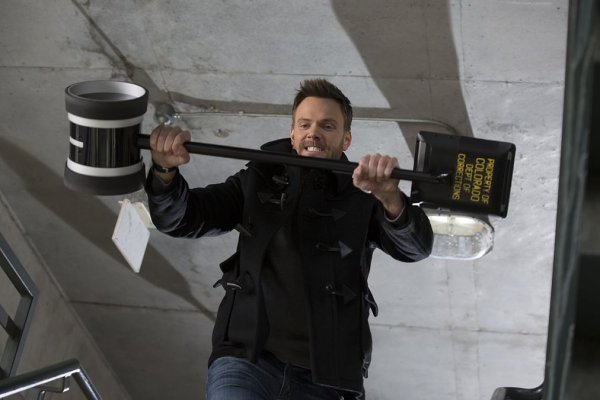 Britta: I know Britta is the worst but it’s like they’re not even trying to make her likable anymore. She’s really turned into a female Chang, and maybe they thought that would be funny but for me it’s just disappointing. Remember back in season one when Britta was Jeff’s love interest because she had likable qualities and allure? Why did they decide to just make all of that go away and basically completely rewrite her? For shit’s sake she sleeps on Annie and Abed’s couch and got arrested at the end of the episode! The writers turned Britta into the girl from her past they used to make joking references to and I just don’t understand why. I think it’s shitty.

A Community college with no classes: Remember back in all the previous seasons where the group were all students at Greendale? Remember when they were a study group because academics were a thing? Why are Annie, Britta, Abed, and Chang even there anymore? I’m assuming Annie, Britta and Abed are students, but it’s funny how that’s not really a plot point at all anymore. What happened to grade grubbing Annie? I think she’s still studying criminology, but who knows? Does Britta still want to be a therapist? Because I’m pretty sure you can’t get a Masters in Psychology at a Community college. Same goes for a Masters in film for Abed. It just feels like they’ve cut so many corners and therefore deviated from the original plot that the show doesn’t even really make sense anymore. 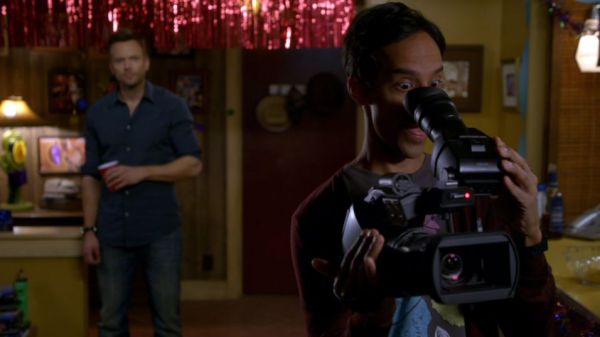 Full disclosure, despite my displeasure with this episode I still laughed a lot. It kind of hurts my heart to write this review. I love Community, SO MUCH. I’ve been a dedicated fan since season one and I want to always be in their corner and defend things I love, but the truth is this season seems to be going off the deep end of insanity. Community’s charm was in its varying zaniness, be it with Greendale or study group members actions and responses to things at Greendale. In short, the comedy in the show was not things being a constant stream of BATSHIT CRAZY. The novelty wears off quite a bit when every episode very time is so absurd, it makes the viewer start asking questions they shouldn’t be asking like why the hell is Greendale even still a place? Not every episode can be paintball and lost pens, ya know?

Hush Comics gives “Laws of Robotics and Party Rights” a C because the episode was funny, but the departure from characterization is disheartening.