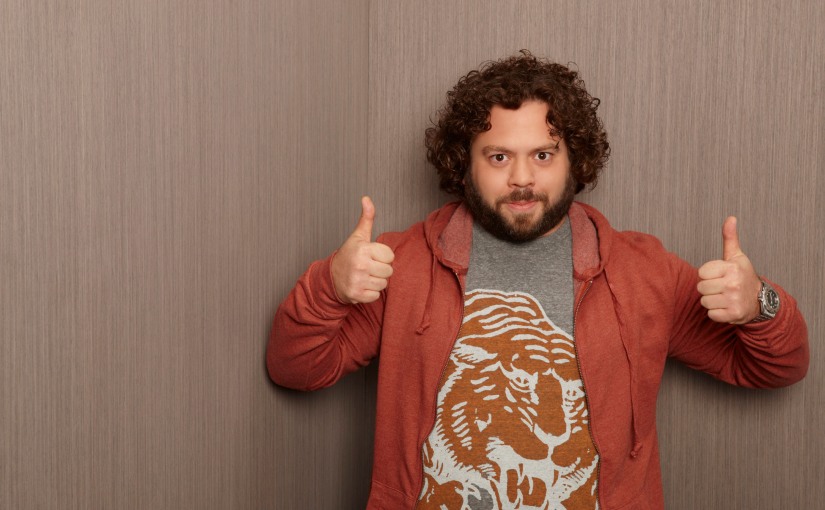 Warner Bros. announced recently that Tony Award winner Dan Folger will be joining the cast of “Fantastic Beasts and Where to Find Them” alongsideEddie Redmayne, Katherine Waterston, Ezra Miller and Alison Sudol. Folger will be playing Jacob, a non-magical character (no word on whether Jacob will be a muggle or a squib) that Scamander befriends during his adventures in New York.

Folger is known for his Tony Award winning performance inThe 25th Annual Putnam County Spelling Bee, as well as appearing in Balls of Fury, The Good Wife, The Goldbergs and Hannibal. He also did voice work in Horton Hears A Who and Kung Fu Panda.

Newt Scamander finally has his counterpart in the upcoming Harry Potter spin-off “Fantastic Beasts and Where to Find Them.” Warner Bros. announced June 15 that Katherine Waterston will play the role of Tina, or Porpentina, a witch who resides in the U.S.. Porpentina meets Newt Scamander, played by Eddie Redmayne, in New York during his exhibition to locate and document the world’s magical creatures. Porpentina is described as “grounded” and will be Newt’s love interest SPOILER ALERT and later his wife.

Harry Potter fans have been going nuts over the film ever since it was announced that J.K. Rowling herself would be penning the script back in 2013. There is little known about the actual plot except that it will focus on Hufflepuff Newt Scamander’s journey as he travels the world writing his magizoology book Fantastic Beasts and Where to Find Them which would become a required textbook in Hogwarts. J.K. Rowling wrote the actual textbook for the charity Comic Relief in 2001. At least part of the film will take place in the U.S., specifically New York, and there will be at least a mention of an American wizarding school. It will take place 70 years before Harry’s journey. David Yates will return to direct the film and it will be produced by David Heyman, J.K. Rowling, Harry Potter screenwriter Steven Kloves and Lionel Wigram.

Waterston is known best for her roles in Boardwalk Empire where she played Emma Harrow and Inherent Vice as Shasta Fay Hepworth. The British actress is also known for her roles in The Babysitters, Micheal Clayton and Robot and Frank. She will be playing Christian Brennan in Steve Jobs directed by Danny Boyle.

There is no further casting news as of yet, but Rowling reported on Twitter that she “couldn’t be happier” with Waterston as Porpentina.

I couldn't be happier with our Tina: Katherine Waterston! #FantasticBeasts https://t.co/VSTUdGYUrF

Gay geeks rejoice! Dumbledore and Gandalf are officially getting married! Or at least, their look-a-likes are. After the legalization of gay marriage in Ireland, JK Rowling tweeted, “Sitting here watching the Irish make history. Extraordinary and wonderful.” Not soon after a fan and Rowling came to the conclusion that Dumbledore and Gandalf could indeed get married in the country.

This sparked a response from the Westboro Baptist Church, who tweeted Rowling, telling her they would picket any wizard wedding that may occur. The writer’s response was golden. “Alas, the sheer awesomeness of such a union in such a place would blow your tiny bigoted minds out of your thick sloping skulls.”

.@WBCsigns Alas, the sheer awesomeness of such a union in such a place would blow your tiny bigoted minds out of your thick sloping skulls.

Now it seems that this OTP is becoming canon, as the LGBTQ rights activist group Planting Peace will be holding a fake wedding on their rainbow painted “Equality House” property just across the street from the Westboro Baptist Church this Sunday, June 7 at 2pm. “We are delighted to be hosting the Dumbledore and Gandalf wedding and stand with them in the face of bigotry and celebrate equality for all,” said Planting Peace President Aaron Jackson to the Huffington Post. Since WBC wants to picket the wedding, Planting Peace decided to “bring the wedding to them, the real-life Mordor.” All the church will have to do to witness the ceremony is look out its window.

Dumbledore and Gandalf will be played by local actors that Planting Peace intends to hire. There’s no word yet who will officiate the wedding, but my hope is for The Doctor himself. The organization is using this event to fundraise both online and—presumably— at the ceremony. At news time, the campaign has raised $755 for their peace spreading cause.