Are we too plugged in? People are almost always staring at a screen of some kind, whether it be a phone, a tablet, or even an old fashioned laptop, believe it or not people still use them. Even in this wonderful world of comics, things are trending to the digital age. You can get any book you want and read it on any of your numerous electronic devices. A new creator owned comic, No Wonder, takes us to a world where we are jacked-in 24/7. I recently had the pleasure of asking No Wonder’s creator, Jeremy Hauck, some questions about his new project.

Hush Comics: When did you start the project? What was the most difficult process you found?

Jeremy Hauck: No Wonder actually started out as a TV script I wrote almost two years ago. The concept has drastically changed since then, but the message has remained the same.

As for the most difficult process, I’d say it was definitely building our world at an early stage. When most of our world’s population essentially knows “everything,” as a writer, you need to consider the repercussions that might have on a working society. There wouldn’t be any school, right? When there is nothing to teach, why would there be? What about the economy? How do you tackle internal conflict? These were difficult questions to answer, but they needed to be addressed if our audience was going to buy the concept.

HC: You have a full team for No Wonder. This isn’t so regular with small creator owned projects, especially picking up an editor and a web designer. What made you want to go all out with this? Was it hard assembling the right team?

JH: I knew that if I was actually going to attempt this and create my first comic book, I wasn’t going to half-ass it at any stage. Sure, the budget increases when more players join the collaboration, but that’s the sacrifice you make if you want to have a professional-looking, polished product. Luckily, I have an amazing team of polishers.

Finding a web designer was easy; he’s my best friend that happens to work in that field and has done an incredible job with our site so far. Finding our editor was easier since, well, she’s also my girlfriend. She has supported me since day one and I couldn’t have done this without her.

It took a few months to find our tremendously talented illustrator, Ellis Ray III, but he was well worth the wait. I brought Sean Callahan (our colorist) and Jamie Me (our letterer) into the fold after reviewing their extremely professional portfolios and, before I knew it, we had an actual team working on this project.

HC: In No Wonder, humanity is essentially wired together in a collective mind of sorts. Is this a virtual reality they all exist in?

JH: That was actually an idea I tossed around in No Wonder’s infancy, but when it started to feel too much like The Matrix, I decided against it. A.T.O.M isn’t virtual reality nor augmented. Think of it like this: before the user can even question about the dimensions of a table or ask how far Jupiter is from Earth, the answer is just…there; leapfrogging the learning process entirely.

I’ve done some research with how the mind works, and you’ll see that in later issues, but hopefully that answers your question because if I say anymore, we’ll be in Spoilertown. 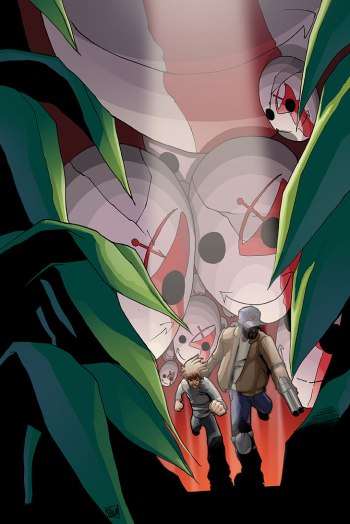 HC: In the pages you’ve released we see the city streets being used as farmland. Obviously mankind still has to eat even if it’s plugged in 24/7. Who is planting, managing, and gathering the resources? How are they dispersed and administered to the populous?

I’d love to answer this because it’s such a good question, but I’m going to leave that one alone so the mystery remains. Besides, that’s what this comic is all about, right? Leaving you the opportunity to wonder instead of just giving you the answer?

HC: No Wonder stars Turner Lane, a teenager. What made you decide to have a younger protagonist? As a teenager, how naturally curious were you?

JH: Personally, I was pretty curious and skeptical as a teenager – questioning religion, fate, and what made the world tick on a day-to-day basis – but I don’t think that was unique to just me. Our teen years have always been depicted as the “developing age” of our lives. It’s a terrifying but exciting time for us because, although we’re developing, we don’t exactly know what we’re developing into. Turner’s age just felt like it should be right in the middle of that, especially since he’s being pulled away from a device that essentially fostered him through life.

There is also so much to wonder about when we were younger, so writing our protagonist as one of the youngest characters in our cast just made sense to me.

HC: Also something not often seen in comics is a Canadian setting. Why Vancouver?

JH: When I first looked into the process of creating a comic book, I was told early on that you should always “write what you know.” Growing up in Seattle, WA, Vancouver always felt like a Canadian cousin, geographically. You have a city near the water, surrounded by evergreen and mountains filling the background.

I also just really dug that town and the people I met when visiting. Vancouver deserves to be put in the spotlight, so I went with it.

HC: Webb looks like he’s been living off the grid for a while now. Has he ever been hooked up to A.T.O.M.?

JH: I love this question as well, but unfortunately, I can’t answer this one either, my friend.

What I can say is that Webb shows signs of being a Luddite in sequential issues. 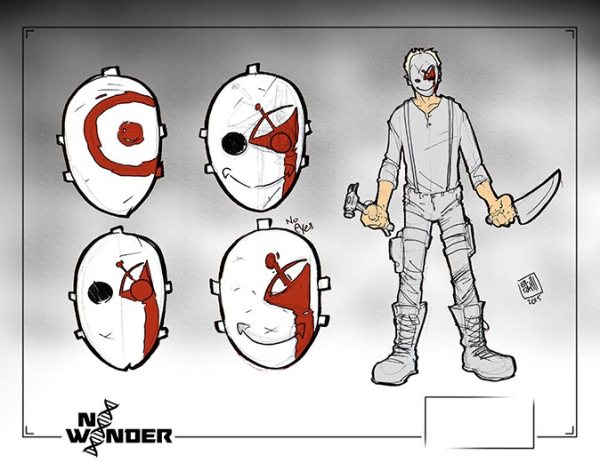 HC: The custodians seem like a rather creepy group of people. Are they there to keep everyone in line? They seem like a Warriors-esque gang at first sight.

JH: Okay, I guess I can’t be “too” tight-lipped about everybody in our story, but I just don’t want to give too much away! It ruins the magic of our story as well as the message behind it.

I’ll tell you this about the Custodians: They are a religious group that established themselves in the wake of A.T.O.M going online.

That, and their design originally had no smiles. Ellis threw them in when we were working through our concept art when we first were getting started. When I say it, it just so creepy that I had to write in a reason as to why they have them in our world. Fortunately, I found an awesome one that just made sense to those characters.

HC: What’s your ultimate goal with No Wonder? Are you looking at publishers or just taking the reins on this project yourself?

JH: Right now, my focus is on our Kickstarter and actually funding the book. I’ve worked so hard to make this thing happen and it pretty much all comes down to the Kickstarter.

If our book is funded and we garner a bit of a following, I’ll definitely look into other publishers to help print/distribute more issues. It also helps, in my opinion, to have a finished product in your hand when introducing yourself to publishers. Hopefully Kickstarter will help make that a reality.

HC: Do you think as a society we’re too plugged in? No Wonder looks like it’s going to be a strong commentary on our digital existence.

JH: Absolutely; we have such a bizarre relationship to our electronic devices and the information consumed from them. Don’t get me wrong, I’m a guy who loves technology, its growth, and the gadgets that derive from it. But when those gadgets stifle healthy social behavior, or distract you from an intimate moment you can only have outside of the screens we carry around, it’s definitely a bad habit most people need to kick. No Wonder will amplify that obsession we have with staying-up-to-date, and hopefully tell an entertaining story that people can relate to by doing so.

HC: Your Kickstarter starts November 5th. What are your plans if it’s not successful the first time around?

JH: I’m not sure what will happen with No Wonder if we don’t meet our goal – I just don’t have that mentality right now. I’m probably blinded by the unbelievable support my family and friends have given me through this experience, but I think an optimistic outlook, blinded or not, is the best thing to have when taking on something like this. So for now, let’s just see what happens and hope for the best! 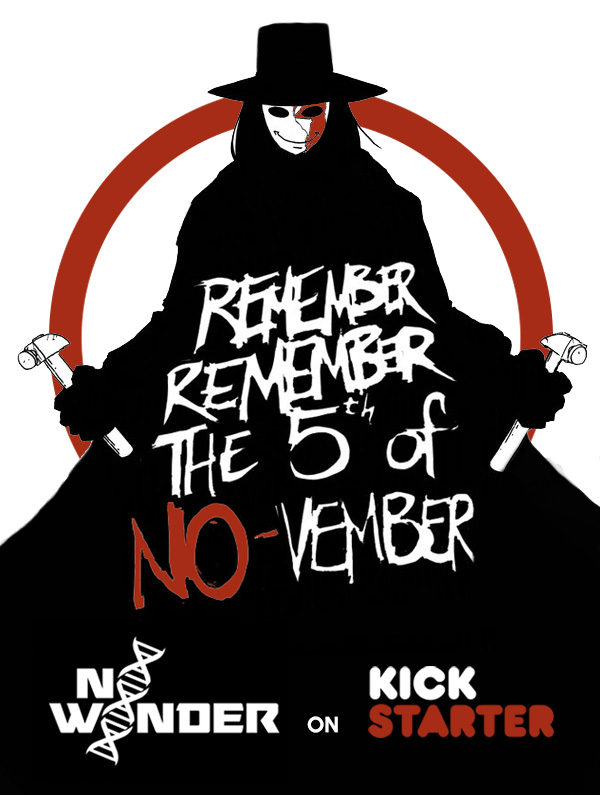 Exclusive! Here is a preview of some of the goodies you can get your hands on for pledging to the Kickstarter:

No Wonder is sure to make us turn a mirror to ourselves when it comes to our attachment to the digital age. With a younger protagonist I personally think this would be a great new book for a younger crowd, hopefully to inspire some to put down the phone and look at the world around them. No Wonder hits Kickstarter on November 5th. It only makes sense to get this one in paper form. You can check out their website, nowondercomic.com, or their Twitter page for all new updates. Check back for a link to their Kickstarter page once it goes live!