The world needs a Wonder Woman movie and “iZombie” and “Veronica Mars” co-writer and co-producer Diane Ruggiero-Wright wants to bring it to us. In a recent San Diego Comic Con interview with Comic Book Resource, Ruggiero-Wright expressed a desire to write a film for the super heroine.

“All I want to do in the world is Wonder Woman,” she said in the interview. Ruggiero-Wright is constantly bringing it up to DC Entertainment Chief Creative Officer Geoff Johns, trying to pitch him ideas in hopes that he’ll give her the project. “I staple him to things and I’m like, ‘Let me pitch you Wonder Woman.’ And he’s like, ‘You know it’s already happening. They’re filming it right now,’ and I’m like, ‘Yeah, yeah, yeah, but…'”

Though Ruggiero-Wright might not be able to pen the first film, there’s hope for her involvement in a sequel. Personally, I think she’d be a brilliant choice for the franchise. Wonder Woman is about as strong of a female character as you can get and if there’s anyone who can give us that, it’s Ruggiero-Wright. “iZombie” and “Veronica Mars” are just proof of what she can do and it would be nice to see a female writer behind the project, rather than Jason Fuchs whose only real claims to fame are “Ice Age: Continental Drift,” “Pan,” and “Flipper.” Not exactly female centric films. It’s exciting to see Wonder Woman’s film finally being worked on for a 2017 release, but having Ruggiero-Wright behind it would make it so much cooler.

While she might not be writing the film, Ruggiero-Wright is working on a Wonder Woman digital comic which will most likely be part of DC’s digital series “Sensation Comics Featuring Wonder Woman.” Only time will tell if Ruggiero-Wright gets more of the Amazon work she craves and the world deserves. 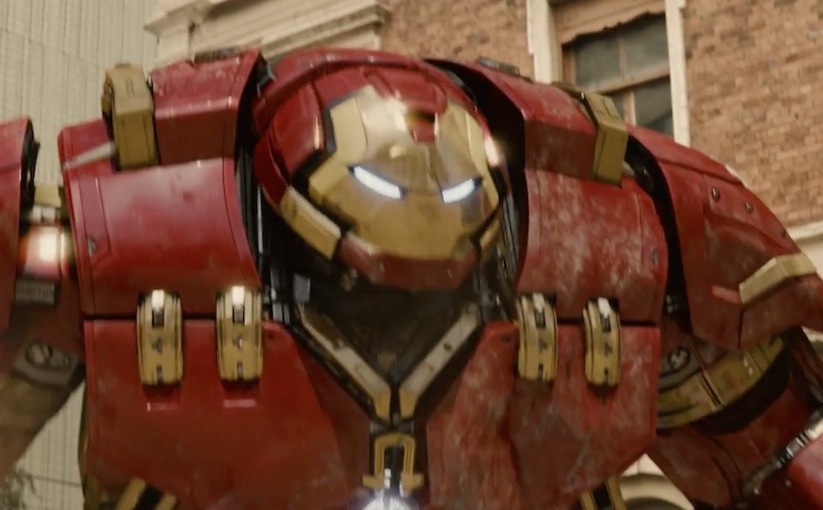 Biggest news of the day: a brand-new trailer for Age of Ultron has debuted during the college football championship. It’s delicious. I might have to start building my own Hulkbuster.
I’m not sure how we missed this, but Tony Stark’s transparent phone seen in shots of The Avengers 2: Age of Ultron … is real. It won’t be released to the public, since such technology is reserved for billionaire, genius playboy philanthropists, but it will be an actual functional Samsung device. Source: International Business Times.
The final season of Parks and Recreation debuts tonight!
In other TV news, an introductory trailer has been released for iZombie, debuting on The CW March 17th, 2015 and based off the 2010 Vertigo series of the same name.
Okay, so don’t freak out, but Greg Capullo has posted some concept art for Batman: Endgame, including a drawing with Batman’s left hand replaced by a blade. As sweet as that sounds, hopefully Bruce Wayne does not go all Rick Grimes on us soon. Source: Twitter.
The Simpsons paid tribute to Charlie Hedbo in very classy fashion. Source: Time
Martin Luthor King Jr.’s biopic, Selma, is doing something pretty cool. Check out the link below for select cities that are giving away free tickets to the movie for 7th-9th grade students. Don’t be sad if your city if not among the list, because more will be announced tomorrow. Source: Selmamovie.com.
The final season of Boardwalk Empire is out on home video today. This show had one of the greatest finales in recent memory, and neatly wrapped everything up by the series’ end. Link: Amazon.
Gotham will be coming to the circus! The Flying Graysons have been confirmed to appear on the show after some behind the scenes photos surfaced. I wonder if this means the appearance of Tony Zucco. Source: Ben McKenzie’s LiveJournal.
Still butt-hurt about the new lightsaber from Star Wars: Episode VII? Sucks for you! This fan has taken the time to show the world why this crossgaurd design is superior to the traditional one.
Mark your calendars, because The Late Show starring Stephen Colbert will debut on September 8th. Source: TV.com.
Telltale Games (the ones behind story-driven games like The Walking Dead, The Wolf Among Us and Game of Thrones) will soon be making a new, original game as part of their expansion, which includes Borderlands and Minecraft titles. I’m personally happy to see a creative (and affordable) change in the market – proving that not all games need to be “epic” to  be enjoyable. Source: IGN.
Lando is back! Original Star Wars star Billy Dee Williams will reprise his role as Lando Calrissian in next week’s episode of Star Wars Rebels. Taylor has been reviewing the series thus far and has given it high praises, so if you’re on the fence about it, Lando’s appearance may give you the push you need to see it. Source: EW.