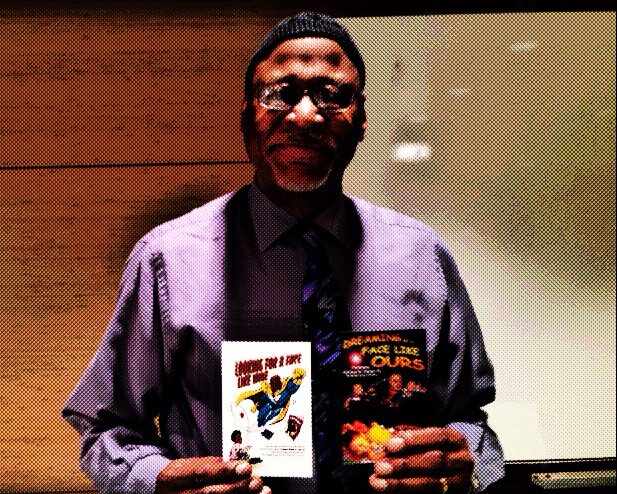 In this consumer-based industry, it can be easy to forget the years of hard work that the people in the business put in. Behind every panel, it takes a skilled writer, artist, inker and colorist to make the product complete. Hush Comics’ weekly article “Respect My Craft” will dive into the history of these comic book greats that will hopefully give a new perspective on how the men and women behind the pen (or stylus) contribute to the collective awesome-ness of comic books, or at least give you a reason to invest in their work.

William H. Foster III is a scholar, historian, writer and comic book enthusiast.  Informally known as Bill, Dr. Foster currently is a Professor of English at Naugatuck Valley Community College in Connecticut.  He also travels the world speaking about African-Americans in comic books.  He has a very wide scope of knowledge including black characters, authors, artists and publishers.  Because of his wealth of knowledge, he is renowned amongst his peers in the world of comic books. 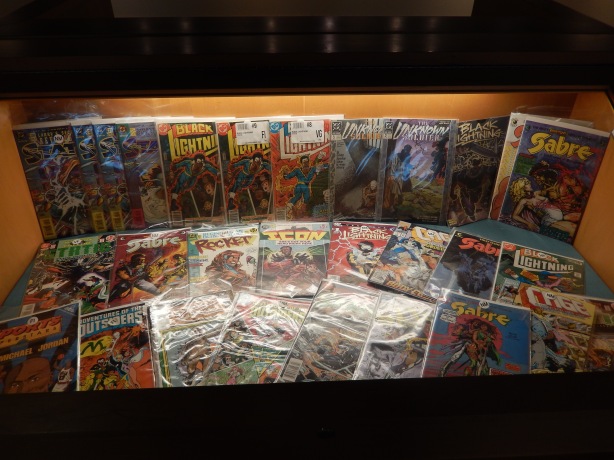 His traveling exhibit “Changing Image of Blacks in Comics” is a lesson in American history.  He speaks on the beginning of comic books and how that intertwines with the history of African-American’s in this country.  The display shows an array of prints from covers of some the most famous comic books featuring black heroes and characters.  He also shows a sample from his own collection of prized books including Static, Black Lightning, Sabre, and many publications from Golden Legacy Publications.  He also lectures about the history of it all, relating to it himself, as well as with other pieces of history that are important to consider.

Dr. Foster touches on Tom Floyd and his comics Blackman and Blackwoman, Golden Legacy’s Black Cowboys which features famed bull-rider Bill Pickett, all the famous baseball player comics including, but not limited to, Jackie Robinson and Joe Louis, as well as Luke Cage, Black Panther and issue #106 of Superman’s Girlfriend Lois Lane when Lois Lane turns black for a day (uh, what?).  But more importantly, he weaves in his own experiences and his reactions to these stories along with real history.  Why were black people portrayed as “the help”or African?  Why was it impossible to find a black hero?  And if you could find one, they were instantly pulled from the shelf?  Under all the negative stereotypes and lack of diversity, there were people who were trying, though.  Dr. Foster makes sure to highlight all the great things that were happening and continuing to happen in the pop culture medium he (and we!) feels so passionately about.   He expounded on the Spring 1953 Weird Fantasy issue that brought racism to light, the beginnings of Static, and Stan Lee actually putting African-Americans in New York City.

What is really wonderful about what Dr. Foster brings along with his exhibit is a way to bridge the gap and talk about issues that may be hard for a lot of people, especially people in the comic book industry, to talk about.  Not only can he make everyone feel included in his lecture, but he can inspire anyone to pick up a comic book, no matter who is on the cover.  It is evident by talking to him and listening to his stories that comics are deeply ingrained in life.  He is most definitely influential for all people to pick up a book, graphic novel or comic and think deeply about what it says to society, to groups and to each individual.  Thank you Dr. Foster for teaching us that everything has meaning.

Checked out his bibliography and still want more? Check these books out:

Bill Foster has published to books on the history of African-Americans in comic books.  Dreaming of a Face Like Ours and Looking for a Face Like Mine are were both published by Fine Tooth Press and can be found in limited quantities on Amazon.  In 2015, Dr. Foster will publish his third book, Untold Stories of African American Stories in Comics.  He also runs his own website, Finally in Full Color, where he aims to begin an online store for black comic books. The best part is that this is for sentiment and historic value – so no ridiculous mark-ups to make a quick buck.

How Much Does Hush Comics Love Bill Foster?

Just this past weekend, at the Blair-Caldwell African-American Research Library in Denver, Foster held a lecture that outlined the history of people of color in comic books. We found out about the lecture from John Soweto, and with the work we have been doing for our All Black Everything articles and the idea behind Hush Comics as a whole, it seemed only appropriate to attend.   We all left knowing more than when we walked in and felt inspired to keep on creating a community through Hush.  Thank you Bill Foster for educating and inspiring us!