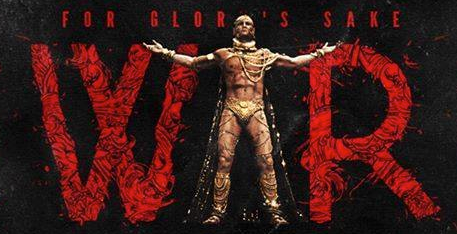 Rise of an Empire marks the return of the Frank Miller-based story of Greek’s resistance against the Persian Empire. After great success of the first film, ROAE builds on the story in a weird kind of backwards-spinoff way. We begin our tale a decade before the battle at the Hot Gates, where Themistokles (not to be confused with the Greek mythologist Themistocles – just so there is no allusion of historical accuracy here) leads the Athenians in a well-planned attack against the Persians. Themistokles ends up putting an arrow in King Darius and sparking his son, Xerxes, to give his soul to become a God-king. Xerxes, however, is just a token for the real story.

Judging by the trailers, I figured that this movie would follow the same formula as its predecessor. That is, Themistokles rises against the Persians, the Persians throw everything they can at the Athenians, and then somehow, one of them comes out victorious. I also thought that Xerxes would have a lot more screen time than he actually did. His whole back-story seemed for naught, because it added nothing to Xerxes’ character – or anybody else’s for that matter. Instead, the plot follows the strategic battle between Artemisia (Green) and Themistokles as they are in deadlocked in naval battle. It’s an interesting approach that gave it some much-needed separation from just being a 300 film.

That being said, Rise of an Empire brings with it the return of everything that made 300 such an enjoyable film. The bullet time kills are all there in its barbaric splendor. We didn’t see the film in IMAX 3D, but the way the fight scenes are orchestrated, we could tell that this was a movie that was made for, not adapted to, 3D film. The cartoonish way the blood flows and limbs are dismembered helps take away from the gruesomeness of the violence. The aspect that always stands out to me is the choice in colors. Themistokles’ royal blue cape is a sharp contrast to the Spartan red, and the melancholy grays of the Greek skyline.

It’s not just limited to color swaps, though. The difference between the Athenian and Spartan army is very apparent. The Athenians know it, the Spartans know it, and now we know it. The Athenians are stout politicians and strategists, where the Spartans rely on unwavering strength and brotherhood. The fact that the Athenians were everyday tradesmen really rings true; they’re still incredibly fit, but nowhere near the 24-packs the Spartans sport. The Immortals, for one, are much more terrifying in this film as they tear through the Greek ranks of farmers and sculptors. The battle scenes are also distinct from 300. Most of the action in Rise of an Empire takes place on the Aegean Sea. So, it’s not as breakneck paced as 300, but there’s still an ample amount of bloodshed.

300: Rise of an Empire clocked in just less than ten minutes less runtime than the original, but it felt a whole lot shorter. It felt as though there were more moving pieces and more character development. While Themistokles hogs up most of the screen time, the real winners of the film are Artemisia and Queen Gorgo – the two lead women. Both are characters that viewers will gravitate to for their fortitude and wit (“You’ve come a long way to stroke your cock while real men train!”). They are strong and they are respected; they have the most powerful position among the two armies, and yet they’re still objectified. It culminated in one weird, hardcore display of affection between Artemisia and Themistokles that left me laughing out of confusion and discomfort; I felt the same way watching this scene with two of my best friends as I did watching Kate Winslet’s boobs in Titanic with my parents… at ten years old. 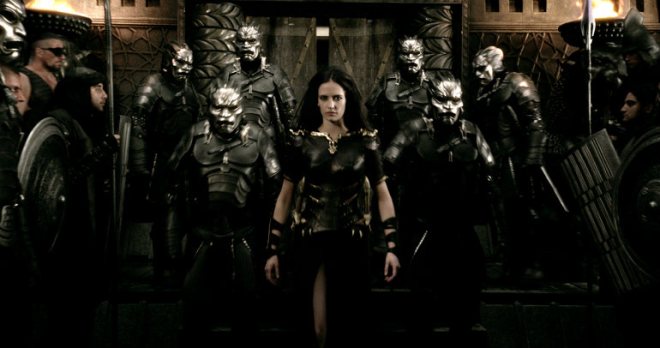 Honestly, with the blockbuster that 300 was, Rise of an Empire could have coasted the whole way through on the coattails of the original – and in many ways, that’s exactly what it did. However, the formula didn’t always work, as the “inspirational” speeches from Themistokles pail in comparison to the cries to battle that Leonidas gave his troops. The development from farmers to proud warriors happens too abruptly to be believable. The story feels incomplete, as nothing is really resolved once the credits roll, and unlike 300, there are no real lessons to learn at the end of Rise of an Empire.

There was plenty of visual stimulation; from the killing to the unique cinematography, I was enthralled throughout. However, the abrupt climax and logical missteps really take away from any movie empire that Frank Miller had been hoping to build upon. Rise of the Empire a clear case of style over substance, but it’s enough to tip the scales in favor of wanting to see the film.

All photos belong to Warner Bros. and Frank Miller