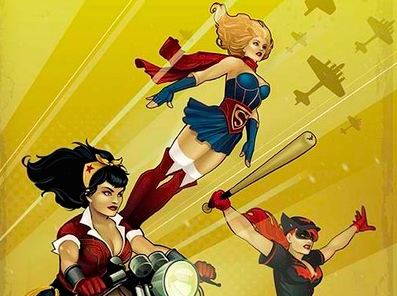 Move over, Stephen Amell. Grant Gustin is taking over Social Media with love. The Flash actor showed amazing humbleness by thanking every single person who works on The CW series with him. It’s hard not to respect a guy like that. Source: Facebook

DC Comics is making the smart business move and making this August “Bombshells” month. Along with the releases of Killer Frost and Cheetah bombshell statues, their will be a new comic series released called DC Comics Bombshells, following Batwoman, Supergirl, and Wonder Woman on the front lines in World War II. I am already adding this to my comics list. Source: DC Comics

Finally, Disney is considering starting a Star Wars Channel, a Marvel Channel, or both. That is a lot of banking on pop culture, right there. Source: Daily Finance