Gotham wrapped up it’s first season last night. Everyone said it would be bananas, and the only thing I can determine is that it was bananas because it was just plain silly. This is a good time to break the news to the readers of my reviews for Gotham, that I will not be writing reviews for Gotham Season 2. If I do anything with it, I will release a vlog about my feelings. Let me know in the comments what you think of episode!

Barbara’s admission: This is only because of my prediction. If I am right, then this is a pro; otherwise it is a big ole con. Since I have so many cons, I decided to put this one in the plus column. During her counseling session with Leslie, Barbara admits that she killed her parents because she was upset that they took her posters when she was a kid (Poor rich girl! I feel so terrible for her low self-esteem). Then she goes on to attack Leslie with a knife. Now the whole scene was actually terribly done. And the lack of direction with Barbara’s character is painfully obvious, but what if, WHAT IF, they are priming her to become Harley Quinn? She was driven made by a man she “loved” after all…

Fish’s feminist moment: She may not have shot Maroni because he was being a misogynistic dick, but probably because she wanted to be Queen of Gotham. Either way, her response to him calling her toots and babes was shooting him between the eyes, and I immediately noted, “meme-able.” Note: You can check out a great meme of the moment here.

Fish’s Entrance: Did anyone else laugh hysterically when Fish returned to Gotham on a boat to ominous music? I did. Then when she told Selina “It’s a brand new day” I expected the Dr. Horrible song to cue up. Honestly, that would have been better.

Selina’s blind following: Selina shows up with Fish to the safe house sporting a faux-hawk and talking a whole lot of shit. She mentions that she isn’t going to cut Jim down from the ropes because she doesn’t want to lose the coolest gig in the world. Yet it is never explained what she thinks this cool gig was. She isn’t totally dumb; she had to know that with all three crime bosses in one room, some gunfire was bound to happen. 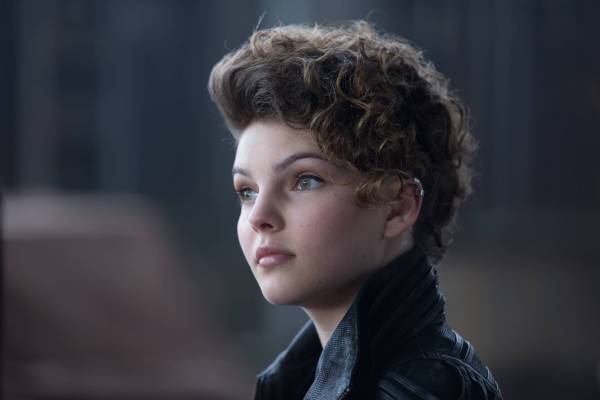 Fish vs. Penguin: How comical this moment was. Butch can’t decide between who to shoot. Everyone goes Tonya Harding on each other, and Penguins screams he is the King of Gotham. It’s all so gaudy.

Fish’s “death”: I say this in quotes because I don’t know if she is really dead. The whole fight scene between her and Penguin was just a bunch of high-pitched screaming. This all happened in the last five minutes, and it was already teased in the trailer for the episode. It’s hard to believe their “big moment” was already shown to the audience. I know Jada Pinkett-Smith says she won’t return. Could she be recast? Could she really be coming back and it was a publicity stunt so people would watch? She was floating on the water, but she may not be dead. Who knows? I doubt even the writers do.

Riddler’s crazy head-shaking scene: While I thought the acting was good for Riddler losing his marbles, the scene was really oddly placed. We don’t see him the whole episode and then he goes crazy at the very end? That could have waited until next season. 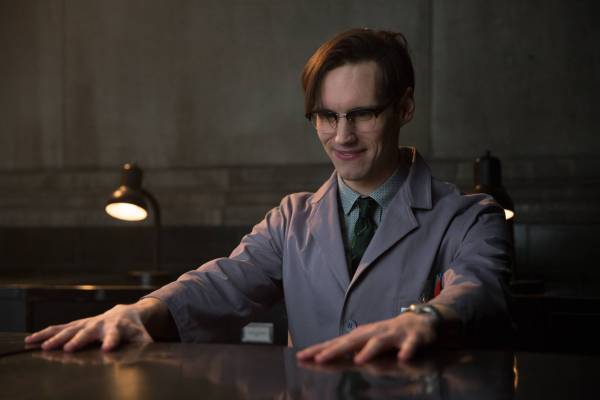 Bruce and Alfred find the Bat-cave: First of all, how does the butler not know about the cave behind the fireplace? Second of all, how did Bruce equate stoic immediately with Marcus Aurelius? Even I had to look that up on Wikipedia and I refuse to believe a 10-year-old is smarter than me. I was hoping when the fireplace popped open to reveal the cave steps that bats would fly up the corridor, but that didn’t happen. And a remote control opened it? Really? 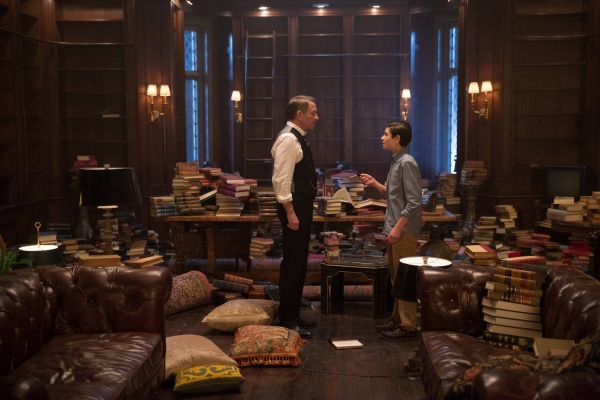 Falcone wants out: Which seems really opposite to what he wanted at the mid-season. We haven’t seen him much since, so there is no explanation as to why. If this is the end of Falcone and Maroni, this is was one huge waste of a season and finale.

Dr. Leslie Thompkins, Therapist: First of all, why would she agree to counsel Barbara? I don’t even want to think about my loved one’s exes, much less counsel them. Then she accepts dinner from her? I’m surprised Barbara didn’t just poison her. 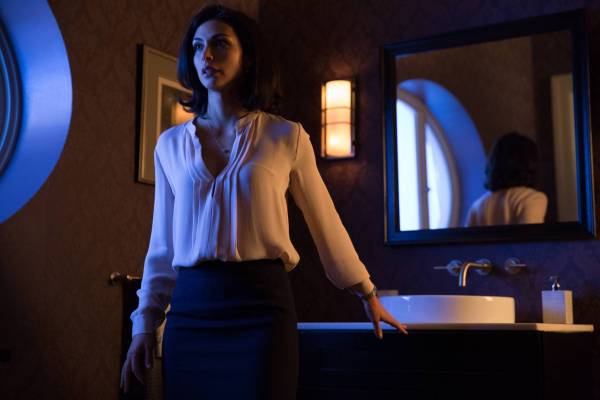 Not much was wrapped up: I don’t expect a lot to be wrapped up when there will be a second season, but Leslie bashing in Barbara’s head was barely addressed. While I understand why she did it, everyone in the show seemed cool with it. Let’s just go out on the balcony and talk about a knife! No medical help for Barbara or mental health for Leslie. I don’t think anyone will even remember this scene by the time fall rolls around.

Double guns: I laughed hysterically when Jim was running through the hospital shooting with two handguns, and never getting hit with machine guns. Pew pew!

All images belong to FOX and DC Entertainment. They are credited to Jessica Miglio.