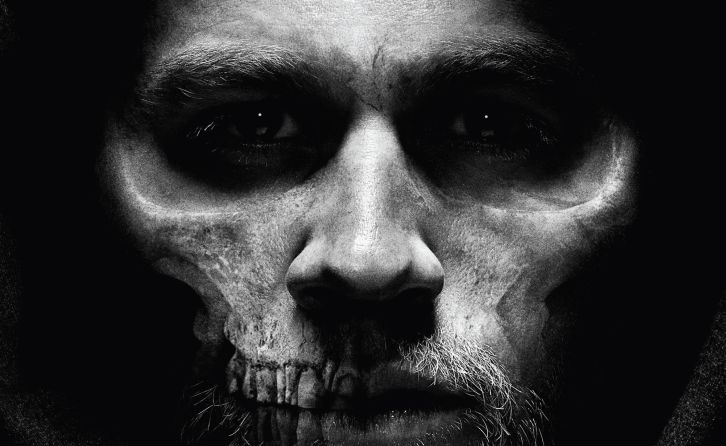 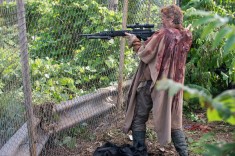 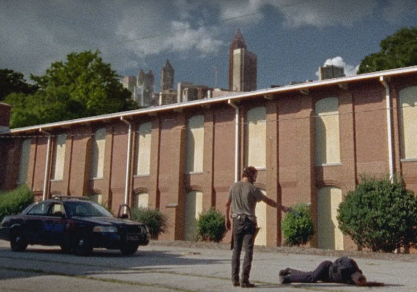 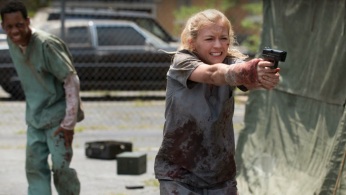 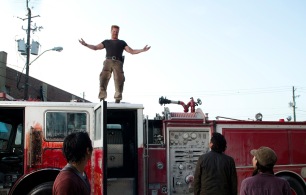 The Walking Dead stepped it up a notch in season five.  But let’s not forget the second half of season four, either.  While much of it was slow because everyone was on the road, we also were given one of the best season finales of the series in “A”, and there was also the now infamous line, “Look at the flowers, Lizzie.”  However, season 5 have had so many non-stop episodes, it felt like descending down a roller coaster for the majority of it.  Comic fans were appeased with Bob’s “tainted meat!” line and the story veered enough away from the comic that there were some truly suspenseful episodes with no way to predict the future.  Sundays seem bleak without our survivor heroes, but I’m happy with how the show went this year. – Adrian 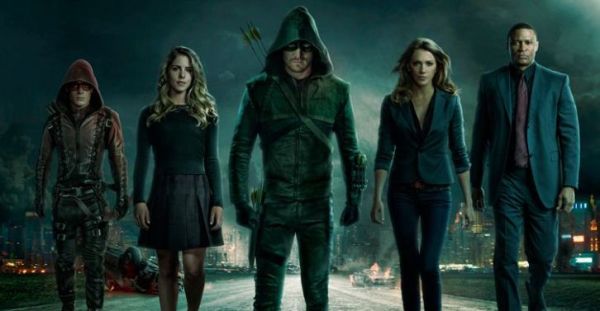 There isn’t a cast on television that has the type of chemistry that Ollie’s Scooby Gang does on Arrow. The CW show got off to a promising start, but after nipping at the excessive displays of inner-torment and tucking away the “that’s so C-Dub” moments of eye-rolling almost-romance… I promise that is not a jab at Laurel’s plastic surgery… this show has become the best on television. Stealing Batman’s villains and giving them a place among Green Arrow’s new rogues gallery was genius; throw in some hints at a gigantic world on the horizon (credit to The Flash for triggering that), and you have the best TV show tandem since Buffy the Vampire Slayer and Angel. And don’t even get us started on the Season 3 mid-finale. – Sherif 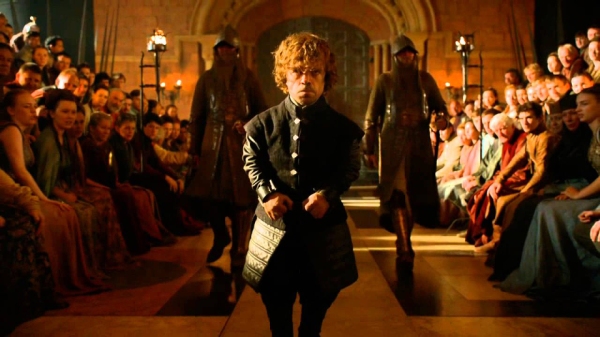 RUNNER UP – Orange is the New Black (Netflix) 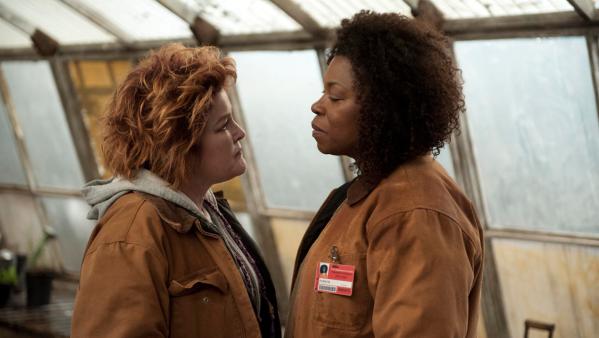 Writing about Orange is the New Black is sort of strange because many other TV shows envelop our lives.  They come on once a week and we think about them often in between those new episodes.  But with OITNB, binge watching it (the most preferred method), makes you watch it intensely – so intensely that it almost feels like you might be at Litchfield, and then 13 hours later, it’s over and we move on.  Season Two was a good follow-up to the highly acclaimed first season.  While it felt good to be back at Litchfield, and the writing is still better than most shows on today, it did feel like we were missing a lot of the essence of the first season, particularly with the inclusion of villainess Vee.  However, Poussey, Red and the season opener made the entire season a must-watch. – Adrian

RUNNER UP – Sons of Anarchy (FX) 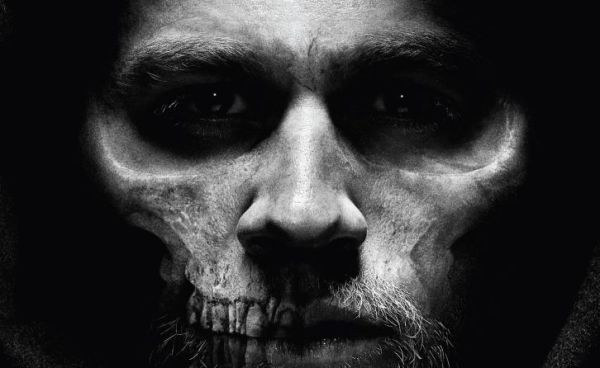 Sons of Anarchy has proven to be more than a television show about motorcycle boys and violence. After seven years, the final ride has hit me in the face like a semi-truck. It’s hard to express the level of emotions Jax and crew has taken the audience on from the first scene to the last. After years of violence, love, blood, bullets, family and alarming amounts of man butt, the audience is forever changed wondering what the hell to do on Tuesday nights now. Through all the pain the club has experienced, the deaths we all have mourned, and the war zone Charming has become, The Sons of Anarchy Motor Cycle Club Redwood Original chapter will be with me till the day I meet Mr. Mayhem. – Evan 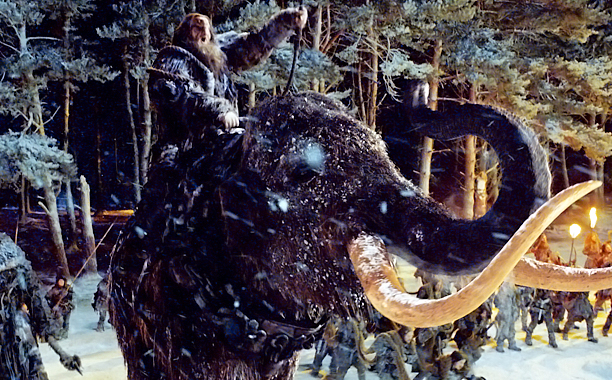 This episode of Game of Thrones takes us to the Wall and beyond. Similar to Season 2’s Battle of Blackwater episode, the entire episode shows the siege of Castle Black. Whether or not you love this episode boils down to whether or not you like the Crows-Wilding story. In “The Watchers on the Wall,” we get some closure on a few subjects, but have some even bigger questions to ask. Oh, and there are SPOILERS abound here, so read at your own risk.

One of the biggest parallels is between the Night’s Watch and the Wildling army. The Night’s Watch has been led to believe that the Wildlings are savages, and the Wildlings believe the Crows are oppressors, but are they really all that different? Well, if you’re going off their wild sex adventures, then yes. Sitting atop the Wall, Jon Snow tries to articulate the experience of making love to Samwell Tarly. He uses such phrases as, “She had red hair.” Meanwhile, Tormund is boasting that he fucked a bear. A real life fucking bear, not the UrbanDictionary definition. Otherwise, there’s not a lot of difference between the two factions. As Sam reads through books to learn about all the terrible deeds that the Wildlings have done in the past. Maester Aemon encourages Sam to think about the stories the Wildlings must tell about the Men of the Night’s Watch. That’s when Aemon drops some jewels on Sam. 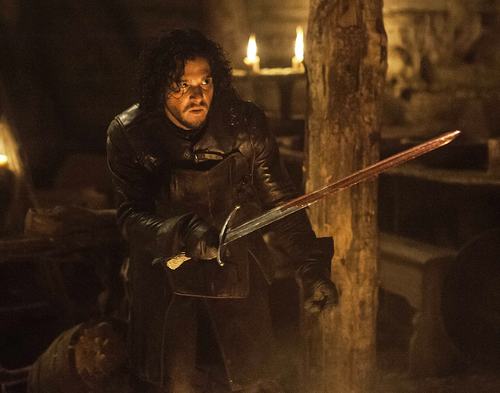 “Love is the death of duty,” he says. This old man sees right through Sam’s fear. Hopefully Sam heeds the Maester’s words. Once Aemon Targaryen, brother to King Aegon IV, this guy is one of my favorite characters in the show. There’s a quote in there that made me forget that everybody was about to die; “You can imagine all manners of horrors befalling that poor girl and her child. Is it so difficult to imagine that an old person was once – more or less – like you?” Luckily for Sam, Gilly was able to slip by the Wildling elites and find her way to the castle gates. Sam takes Gilly down to a cellar room and then gives her a big ol smooch before promising he’ll come back. Note: Might be too soon, but Game of Thrones characters really need to stop promising loved ones that they won’t die.

Enough of that mushy stuff. It’s time to find out Where the Wild Lings Are. The battle horns have sounded and it’s time for battle. Sam gives Pyp some 411 on how to be a badass, since he is the guy that, you know, killed a White Walker. The speech that Sam makes about losing his identity and becoming “nothing” to make him lose all fear is pretty insightful, especially for Sam, who has come quite a ways from the frightened boy he joined the Night’s Watch as. This isn’t the only great speech. The episode is full of them. They aren’t quite on Tyrion’s level of “Let’s go fuck them in their asses!,” but these guys know what they’re talking about. 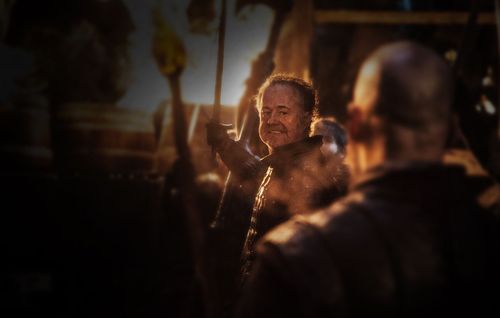 It’s also nice to know that, even in the face of death, Alliser Thorne is still a gigantic douche. I’m just thankful he’s with the good guys; I’m already one “cunt” away from wanting him pushed down the Wall, but he’s just so funny. Even the scene where they accidentally drop the barrel down the Wall prematurely had me dying. He may come of a bit strong, but Alliser is a good leader, and a great fighter. On the other hand, Janos Slynt, who used to be commander of the City Watch at King’s Watch before Tyrion shit-canned him, is a coward to the tenth degree. He has no idea what to do while in command, and flees from the top the first chance he gets, hiding in the meat locker Gilly is in. Awkwardly, Jon is left in command. 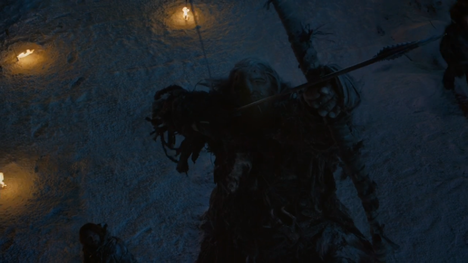 “Those are giants riding mammoths down there!” Why yes, Jon Snow, that is correct. Somehow, there are giants. And they are riding wooly mammoths into battle. The strategy of the Wildlings seem a bit off to me. This could be due to the fact that Mance Rayder, the guy who organized this whole party, is missing. Climbing the wall is just a distraction, but sending giants to blow through the outer gates is genius. Why does nobody go through the outer gate is beyond me. One of my favorite scenes has to be the video-game like scrolling of Castle Black, showing murder and mayhem from every direction. It really helps to show the chaotic and brutal nature of the battle.

Let’s give it up for Ghost! It’s about time somebody let him out of his cage. Things always seem to be going well for Jon Snow when Ghost comes out to play. Snow goes full MC Hammer on Styr, the cannibalistic Thenn warrior who ate that kid’s dead parents. What a jerk. The war isn’t without its casualties, as two of Jon Snow’s best friends and allies have died. That’s not even the worst, as Ygritte’s hesitation leads to an Omar-esque death – getting shot by a little kid. Ygritte’s death was supposed to sad, and to an extent, it was. However, it was just too predictable. You knew there was no other way for her story to unfold than to die in Jon Snow’s arms, whispering with her last words “…you know nothing, Jon Snow…” It was SO cliché, but I suppose it had to happen that way. 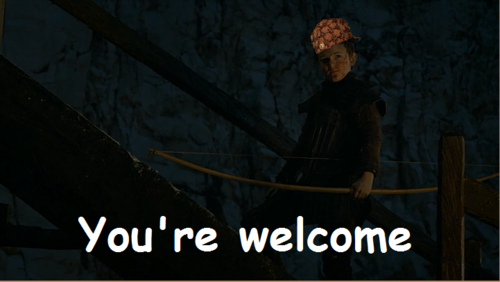 Perhaps Jon Snow really does no nothing. With the castle eventually reclaimed and the promise of impending attacks by the Wildling army on Castle Black, not to mention that the Castle is in terrible defense condition, Snow decides to embark on his own journey to kill Mance Rayder… by himself… with no weapons… without Ghost to protect him. It’s a terrible plan, but the idea of Snow going out on his own is one that I look forward to. Look, it’s not that I’m not sad that all these good characters are dying, but we grew up on Joss Whedon and The Wire; do your worst, George R.R. Martin.

Hands down, it’s got to be Sam. Love will make a person do strange things. In Game of Thrones, he has arguably grown the most out of any character since making his first appearance as an absolute coward in Season 1. It really all culminates after the talk he has with Maester Aemon about love. Realizing that he has something to really fight for, he grows some balls and tells Pyp to “open the fucking gate.” He is strong enough to continue fighting even when one of his best friends dies in his arms, even managing to put a bolt into a Thenn’s face. With Alliser out of commission and Slynt revealing himself a coward, who better to take command of the Night’s Watch than Sam, himself.

Sadly, we’ll likely have to wait until next season to find out, as we have just one episode left in Season 4. Join us next week for the season finale,