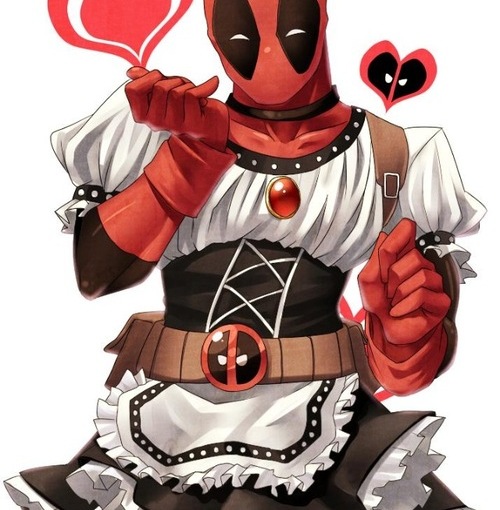 When the Deadpool videogame was announced last year at San Diego Comic-Con, I could hardly contain myself. My expectations weren’t too high. This is clearly an example of style of substance, and I was okay with that. Often himself being style over substance, The Merc With A Mouth originated in the early 90’s as a parody of DC’s Deathstroke, an assassin for hire that is. on many occasion, too badass for his own good. Deadpool’s known for breaking the fourth wall in the comics, which means that he blatantly speaks to the reader, or in this case the player. He’s also known to be bat-s*** crazy. Casual fans who really only know him from Wolverine: X-Men Origins will find this portrayal to be completely new, and hopefully lovable.

The premise of Deadpool is one that doesn’t quite make sense. Not only does he know that he’s a comic book character, but he also knows he’s a videogame character. After threatening a big-shot producer into approving his pitch for a videogame, they send him a script which he quickly throws out the window – a process that I can’t imagine was too different from the process they used in real life. They establish a “big bad” and the reason why they go from level to level, but that’s about as fleshed out as it gets. The first time through, I had no idea what was going on or where I was supposed to be headed for much of the game. I “just enjoyed the senseless slaughter.” To be fair, Deadpool rarely has any meaningful arcs in the comics and, excepting for X-Force titles, stories are really just centered around comic relief and violence. If you’re a fan who needs a deep, thoughtful storyline to enjoy the game, this is definitely not for you. However, in between all the plot-heavy games like The Last of Us, Metal Gear Solid, and The Walking Dead, it was really nice to just laugh at immature jokes and shoot things in the head.

Deadpool‘s gameplay is, by and large, the most disappointing part of the game; normally this is a deal-breaker, but there are still redeeming qualities about it. I will say that I am quite a bit more critical than warranted because I thought it would be a good idea to play Deadpool on the hardest difficulty level the first time through, making the errors much more apparent. The control scheme is laid out like a bastardization of your typical third-person shooter game and a Batman: Arkham game. I think the goal was to create a game you could melee with close-range weapons, but switch up on the fly to use guns when a fire-fight happens. High Moon actually does a fairly good job at this, as you can chain combos and switch weapons almost seamlessly. Combat would be a lot of fun if it weren’t for that damn camera. In a game that is a constant all-out brawl from all sides with all types of enemies, having a reliable in-game camera has become a staple of successful games. If you’ve played Metal Gear Rising, then you know an example of how a camera angle that won’t let you see further than three feet out can hinder a gaming experience. That being said, there were minimal glitches and loading times and the character models looked gorgeous. Deadpool’s first full videogame rendering looked just as good playing as he did in the non-gameplay videos.

The gaming experience is very linear. You spend most of your time going from Point A to Point B while eliminating a set amount of enemies. Even on the hardest difficulty, the story didn’t take that long and can take an afternoon to complete when on an easier difficulty level. Once the game is beaten, there are Challenge levels unlocked that you can play. Sadly, these levels are the same exact ones you play in the game. The only upside to these missions are the hilarious costumes that are unlocked (see below). Besides the generic weapons and character upgrades (almost all of which you can get by the end of your first play-through), there are no collectibles, no unlockables, nothing to make the game fun after you beat the story mode.

What Deadpool lacks in depth, it makes up in personality with Nolan North. North has quite a long list of accolades in action game heroes, and portrays Deadpool with flare and enthusiasm. The developers spend a lot of time cramming Deadpool with as many sound bytes from North as possible. Deadpool just doesn’t shut up and I LOVE it. It’s dick and fart jokes combined with gratuitous violence, but it’s done with crass and originality.  It’s something that’s simply not done in gaming anymore. There were also mini-game segments strewn throughout the game that forces you to stop and smell the roses. I never knew how much fun repeatedly bitch-slapping Wolverine would be until I did it for five minutes straight. Okay, maybe not the best example, but there are tons of fun segments in Deadpool to keep you interested. The bread and butter of Deadpool is that it is, through and through, a Deadpool game. The story is forgettable and the gameplay is generic. Whether you will enjoy it or not really comes down to whether or not you like Deadpool as a character. With his resurgence warranting a cult following in pop culture, this was an admirable attempt to push him into the forefront in pure, unadulterated fashion. Deadpool plays more like an interactive movie than a fully enveloped game, and with low enough expectations, can be a gut-busting experience.