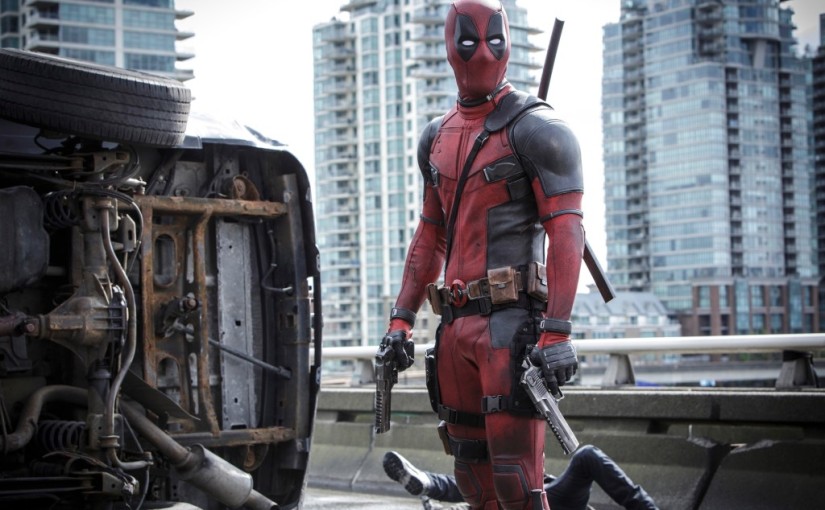 If the leaked trailer wasn’t enough of a heart racer for you, more exciting Deadpool news has hit the web this week. This is the first real, hi-res, not-from-a-shaking-iPhone look we’ve been given of the exciting new movie. The photos show Deadpool (Ryan Reynolds), his girlfriend Vanessa (Morena Baccarin), Angel Dust (Gina Carano), Weasel (T.J. Miller), Ajax (Ed Skrein), and the mutant Teenage Negasonic Warhead (Brianna Hildebrand). Reynolds says the official trailer is coming soon, but until then we have these amazing photos to keep us occupied.

Check them out below!

FOX would appreciate it if you would please just forget about that time when they tried to make Fantastic Four movies a few years back. In fact, in anticipation of the August 7 release of the reboot FOX has pulled Fantastic Four (2005) and Fantastic 4: Rise of the Silver Surfer (2007) from all streaming platforms, including iTunes and Amazon.

I can’t say I blame them, those movies were horrible and it’s probably best if we all just forget they ever existed. At least Chris Evans made it out alive.

While the new movie is surrounded by casting controversy I still think it looks better in every way.

Okay, so there are two elephants in the room we gotta get out of the way:

The first image of Ben Affleck’s Batman costume and the Batmobile in Batman vs. Superman has been revealed. And it looks sick. Here are some details about the picture you might not have noticed.

Channing Tatum has been cast as Gambit for future X-Men films. We’re genuinely excited for this (Adrian and I for different reasons, I suppose), but the ladykiller with a Cajun accent should be making his debut in X-Men: Apocalypse in 2016.

Are you fans of Asshole Spider-Man, Otto Octavius? Well, you’re in luck, because he will be making a brief, one-time appearance in August as a pre-lude to the Spider-Verse story.

For a show that took off soooo slowly, Marvel’s Agents of S.H.I.E.L.D. took off like you wanted to believe any Whedon show could. The season finale was spectacular, and proof that, with a brand like Marvel behind him, there’s nothing that Joss can’t do.

The Simpsons/Family Guy crossover is really happening. Part of me is excited, but a larger part of me is feeling like my childhood is being taken advantage of. The episode airs in September.

We’re still sobbing into own our bowls of buttered noodles, watching our Community DVDs in wake of the news that the show will fall one season and a movie short of #sixseasonsandamovie. Dan Harmon has officially released a heart-felt statement about why the show will likely stay dead.

Being leader of the free world is pretty sweet – if you’re a Thony. Game of Thrones creator George R.R. Martin said on a Conan interview that he would gladly give Obama his own Iron Throne. Is that all I needed to do to get one of those?

Trekkies, weigh in! The director for the third Star Trek installment has been announced. Screenplay writer for the first two films, Roberto Orci, will be taking the reigns.

The Harry Potter spin-off titled Fantastic Beasts and Where to Find Them will be released November 18, 2016 – two days shy of the 15th anniversary of the UK release of the first book, titled Harry Potter and the Philosopher’s Stone.

Legendary X-Men writer Chris Claremont gets his own documentary. Check it out.

Image Comics (Sold! Wait, what?) will be releasing a book in August titled Wayward. It’s been described as “Buffy the Vampire Slayer for a new generation.” I was pretty close to calling B.S., but this is Image Comics we’re talking about; anything they put out is instantly in my pull list.

Now SHHHHHH…. Arrow is on!