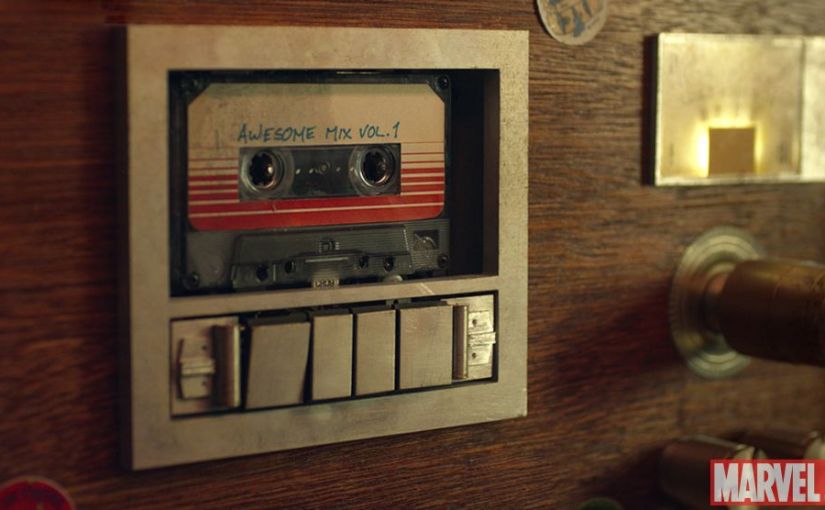 Guardians of the Galaxy definitely had the best soundtrack of the year, and the best part of that is that it didn’t include a single song that was produced or released in 2014. All of the songs on Star Lord’s Awesome Mix: Volume 1 gave so much more life to the movie (not that it really needed it) and the fact that it’s only the first volume of what must be a series is hilarious, AND that it’s comprised of music that seemingly was made a long time ago in a galaxy far, far away is just awesome. If anything, the Guardians of the Galaxy soundtrack did its part for pop culture this year by hopefully introducing an entire generation of One Direction fans to the glories of classic rock. Oh how I long for the days when the sounds that came out of the radio qualified as music… – Keriann

Nothing has made me happier and more inspired in 2014 than this soundtrack. Every time I am in a bit of a rut creatively, I throw on this album, and I am instantly productive. Like in the film, the music reflects the happiness that Chef Casper feels throughout the film as he does what he loves. It’s also incredibly diverse, as the flavor (haaa) of each genre in the soundtrack is the reflection of whichever city they are traveling to, form the LA progressive version of Wu Tang’s “C.R.E.A.M.” to the Latin-inspired “A Message to You, Rudy” to my personal favorite, the New Orleans brass band rendition of Marvin Gaye’s “Sexual Healing.” There’s something for everybody here in this variety platter of child (and old person)-friendly soundtrack that is every bit as upbeat as the movie. – Sherif

At first, this seemed to be like any other action film soundtrack (purpose being to blend into the background a tad while still enhancing the tone of each scene of the film). It wasn’t at all special up until the part with the “Hanging Tree” song. The entire sound to the movie began to revolve around that simple, yet catchy song. Instantly, each scene that played it or any variations of it became instantly personal to the viewer. Later I began to hum it to myself consistently, making me look back to the emotion wrenching scenes took place at the start of that score. That what a good soundtrack should do, enrich the film and make it even more memorable than it was. I loved it, and might buy the soundtrack for myself. – Jojo

RUNNER UP – The Fault in Our Stars

I am constantly listening to this soundtrack. It seems to have a song for every occasion on it. Need to get pumped? Play “Bomfalleralla” immediately. Need a minute to just cry? Play “All of the Stars,” lay out in the backyard and gaze up at the stars. Wanna dance around your apartment in your underwear? Put on “Boom Clap” and go to town! And for you fellow writers out there, TFIOS has great music that won’t interrupt your thoughts as you type out the next great American Novel. This soundtrack doesn’t include score from the film, but seeing as most of The Fault in Our Stars is not score, you’re not missing anything by them not having it on there. Like I said in my review of the album back in June, “This album is definitely one you want in your music library… whether or not you’ve seen the movie. It is full of songs either to soothe your broken heart or get you jamming on a bright Summer day.” – Charlotte

RUNNER UP – Wish I Was Here

Zach Braff’s crowd-funded indy film, Wish I Was Here, was just as every bit beautiful and reflective as his first film, Garden State. This was one of the only indy films I can remember with an all-original soundtrack – and most of the tracks are used at one point or another in the film, driving home that extra dose of feels that the movie sent you home with. If indy music like The Shins, Bon Iver and “a whole bunch of other bands I’ve never heard of” are your thing, then you may want to give Wish I Was Here a listen. – Sherif