It’s a week since the third annual Denver Comic Con got underway. From everything that I saw and experience, it was a glorious weekend. This, like many of you, was my third time attending DCC. I have a unique perspective on the DCC experience, you see I’ve attended all three years in three separate capacities . I’ve been an exhibitor, an attendee, and now as press with Hush Comics. So far, every year has yielded different results, and completely different experience.

For the inaugural year, I had a table in Artist Alley and never had I been more excited to be part of a major event. I sold posters and a preview issue for a comic book that I wrote. By Sunday, I actually had attendees – and even fellow artists – coming to my table specifically to see my work. I’d never experienced anything like that before. I got to be on the ground floor of what is the largest growing comic book convention in the country, and that’s pretty damn cool. Now, because I was an exhibitor and wanted to be the face of my work, I spent almost the entire convention at my table. For the short amount of time I wasn’t at my table, I was nabbing some signatures from great creators and artists, and picking up a few souvenirs for myself. In the end, I didn’t get to experience much of what the convention had to offer. On the upside, I scared the crap out of Billy West and got to high-five Colin Ferguson. 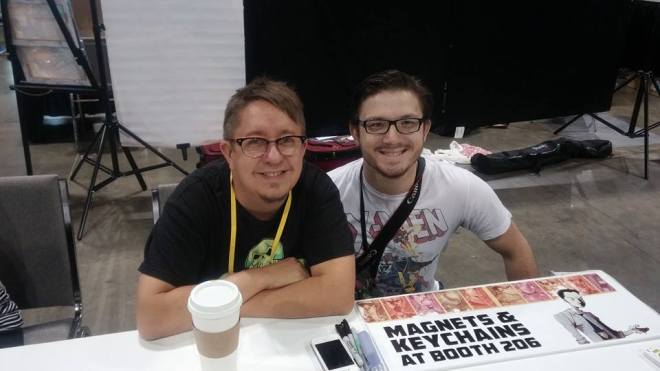 I almost did not attend DCC year two. My first son was due just a couple of weeks after the scheduled date and, believe it or not, there are things I hold more dear than Denver Comic Con. My son decided that he was going to show up a month early though and my wife and I made the decision to bring the little guy to his first ever convention being only a few weeks old. After the excellent experience I had the year prior I was very excited to be back for the second year. Sadly, it appeared that the DCC crew were not very well prepared for the growth between the first and second year. The convention floor was over-packed with extremely narrow aisles. Attendees were funneled through lines and stopping to look at anything made me feel like an inconvenience to those around me. My family and I did make it out of the exhibitor’s hall to check out some of the other goings on at DCC, most notably the William Shatner Q&A. The second year wasn’t nearly as enjoyable as the first time around but still not bad enough to keep me away for the third year. 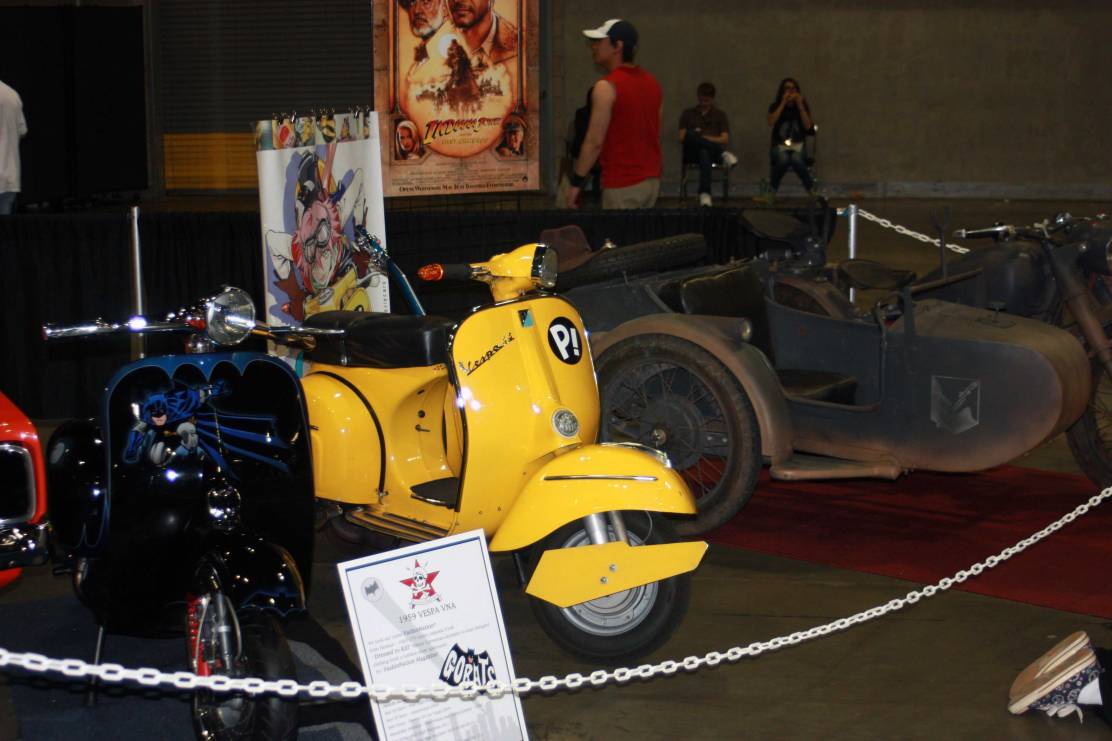 This year, thanks to the fine people here at Hush Comics, I was able to attend as a part of the media. People might not think that attending in the this fashion would be very different than being a regular attendee, but knowing that I was there to properly document the event this time made me look much closer than before at the guests, events, and the thousand of fans all there for a great time. Really paying attention to these details made me appreciate what was going on around me more than ever before.

Now, I only made it for Sunday this year, and traditionally that would mean there would be a little less to see than usual. I was pleasantly surprised to find Sunday was just as good of a day to be there as any. I was in attendance with family and friends and did spend the majority of my time in the Exhibitor’s Hall. This is, of course, where the majority of the con goers can be found, and it was packed. It was great to see that the show runners learned from last years and really expanded the floor space because walking down the aisles in a small group, and pushing strollers was easy and didn’t cause half the headache that it did last year.

One thing that DCC has always done right is how easily accessible the comic book creators and artists are. It’s a magical feeling being able to walk up really meet the people that make us who we are. The growth of DCC has helped pull some really big names, like Fiona Staples and Tim Sale, a couple of my personal favorites. I had the pleasure this year of getting some photos with Tim Sale and John Layman. It’s the people in comics are the reason these conventions even exist, sometimes I’m worried that con goers forget that. The tv and movie celebrities are great, but for me it’s always been about the extraordinarily talented artists and writers that bring us or favorite characters in their best forms.

One of my favorite parts of any convention is the excellent cosplay done by extremely talented fans. My personal favorite was Pyramid Head, whom, it turns out is also the man inside the Humping Robot costume.  Among the other excellent costumes I saw were Jareth from Labyrinth, Kanto from Fooly Cooly, The 10th Doctor and Scorpion from Mortal Kombat. One real show stopper was the Skeksis from Dark Crystal. I hope you had a chance to take your photo with this one, I know I did.

A fun attraction that they expanded on from last year was the all LEGO city scape. Like last year, there was an impressively elaborate entire LEGO city with a running LEGO train doing laps. And if that wasn’t enough European-based building toys for you, next to famed artists Fiona Staples was a giant recreation of the Saga #8 cover done in the tiny colorful bricks. I really enjoy these setups because they aren’t what you always expect to see at conventions like these.

I did watch a future generation of LARPers learn how to handle a themselves in a fight with an assortment of mid-evil weaponry. The Knights Academy was a great weekend long panel for children. It was entertaining to watch these fantasy fights play out before your eyes, and watching a large group of kids being legitimately interested and excited to be a part of something so different even in the realm of nerd. The kids events did really seem to take a major forefront this year, when compared to the two previous years. I mean, Adam West, among other celebrities, held reading sessions in the Kid Corral. I’m sure if you were to have asked him LaVar Burton would have been proud of the focus on literacy this time.

From year to year Denver Comic Con has gone through some serious changes. A large part of that is the unexpected speed at which the convention grew. It’s hard to keep up when one year you more than double your capacity. There were definitely growing pains. Luckily, it seems that DCC handled themselves much better and learned from past mistakes. If the convention continues to grow and those running it take the time to actually look back at the previous years and find what they need to do to improve, even just a little, this will be a great convention for years to come.