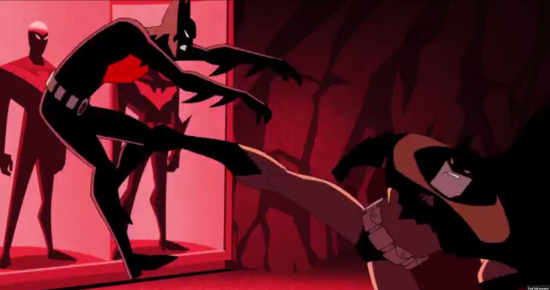 Happy Easter everybody! With everybody in Denver going absolutely bananas today over the first legal 4-20 (like that really stopped anybody before), we’re looking forward to some family time today.

A trailer for Season 2 of Orange is the New Black has been “released,” pun intended. Although Pennsatucky is noticeably missing, there’s a new inmate, Vee, played by Lorraine Toussaint (who was actually one of the students in Dangerous Minds – I guess even Michelle Pfeiffer couldn’t save her from prison). If you need a reason to watch this show, we can give you 13 of them.

Tonight’s GoT episode, “Breaker of Chains,” will reveal the fallout from the Purple Wedding. As big of a deal as this was, there are still so many other storylines happening right now. I’m so excited! Check for our review!

You say Whedon, I ask “how high?” The acclaimed writer/director will be making a new film In Your Eyes, which you can have the pleasure of seeing the first three minutes of here.

It’s kinda gotten to a point where, if you’re not watching Arrow, you’re missing out on life – or maybe it’s the other way around… Well, if you want to know what Ollie and Slade have been up to lately, here’s a link to stream the latest episode, “The Man Under the Hood.”

Am I the only one who has always wanted to become a cyborg? Well, Google is helping us get one step closer! Word has it that they found a way to integrate cameras into contact lenses.

Dark Horse comic book Concrete Park will be returning for a mini-series, Concrete Park: R-E-S-P-E-C-T in September, with Tony Puryear and Erika Alexanders at the helm. The noir-style sci-fi action mixed with the inner-city gang activity made the original a lot of fun to read. The only question is, “Will you get down or lay down?”

Following Son of Batman, DC Animated will be released a New 52 Suicide Squad film titled Batman: Assault on Arkham. Based off a Suicide Squad arc, there are some notable changes here: Batman is in the story at all, there’s no Deathstroke (as we saw in Arkham: Origins), Joker still has a face. I’m excited to root for the bad guys, nevertheless.

Three word – Cleopatra. In. Space. Are you sold yet? Well, this original graphic novel by Mike Maihack is coming out on April 29th. You can get a good 13 pages of preview and the direction to go if you’d like to purchase it; just follow this link. I’m pretty well sold on it.

I might be crazy, but I think I want to see a movie with Robert Pattinson in it. The Rover stars Guy Pearce and Guy Twilight as two men fighting through a desolate gang-ridden Australia. Check out the trailer here.

Sadly, we were unable to attend WonderCon this year, but that doesn’t mean we can’t fill you in on the tidbits of news we found there:

Darwyn Cooke has released a Batman Beyond short commemorating Batman’s 75th Anniversary. In true Easter tradition, Yahoo! has broken down all of the Easter Eggs they found in the 90 second segment. See if you could recognize them all!

The Son of Batman has gotten great reviews since its debut at WonderCon. It will be available for digital purchase on April 22nd and BD/DVD on May 6th.

The Brian Singer debacle made for quite an interesting X-Men: Days of Future Past panel. Sidestepping those issues, the panel vowed that DOFP would try to mend all that The Last Stand ruined.