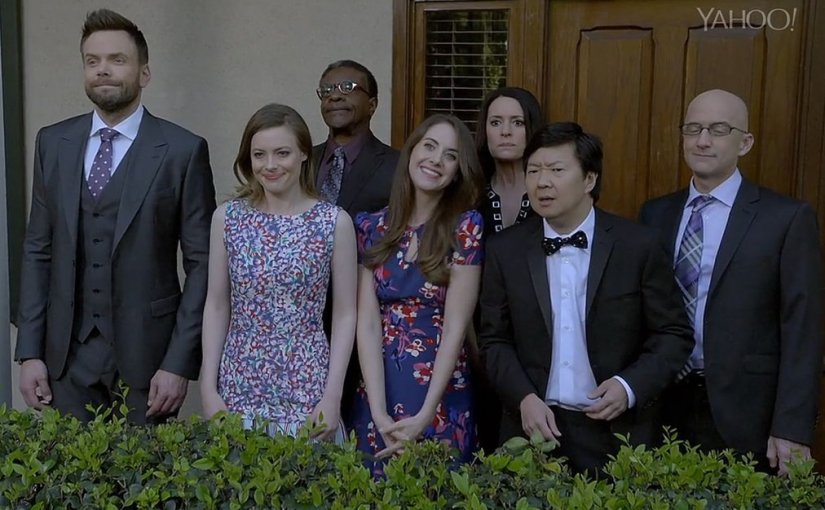 This week’s episode of Community was all I could have wanted, and then some. It was funny and sweet and instead of full on nonsense there was a good plotline and lesson for the group to learn behind it all. I genuinely have no complaints, so let’s break down the awesomeness just for fun.

Garrett and Stacy: Awwwwww (imagine that in Annie and Shirley’s voices). Garrett and Stacy were so cute. Garrett’s proposal was adorable, their vows were cute, and if their relationship had a face I would pinch its cheeks. Garrett has always been an underdog and possibly even the most unfortunate person on the Greendale campus so it was nice to see him have a happy love story, even if it was with his cousin. 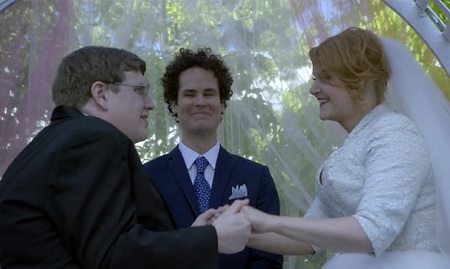 An addiction to encouraging white people: It’s funny because it’s true. Elroy has been such a welcome addition. Sure he’s completely static and they give him basically no room for growth but he’s funny. And his developing an addiction to encouraging white people so he could thrive in the tech industry is kind of a genius plan. I don’t know if random encouragement works on all races or just white people, but I know if someone just randomly came up to me and said “Hey, you’re doing a great job of wearing those pants” I’d take it as a compliment. Maybe I’m part of the problem… 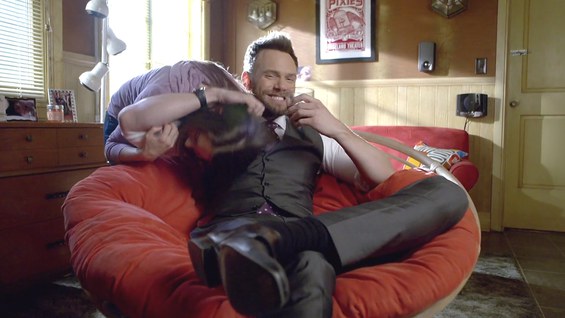 The group learns a lesson, doesn’t blow it: Oh snap, the gang got faced by Garrett’s mom. And instead of becoming indignant and refusing to acknowledge their problems they all showed personal growth and disbanded to improve the wedding by not making everything about them. They’ve been in this situation before, and usually they just manipulate reality around themselves so they can continue to believe that they are the good guys and I’m so glad this episode did not turn into history repeating itself. Obviously they are not bad people, they’re just lovable jerks. I really like where their humble response to being owned took the show, and honestly this may have been the most character driven episode of the season because of that. 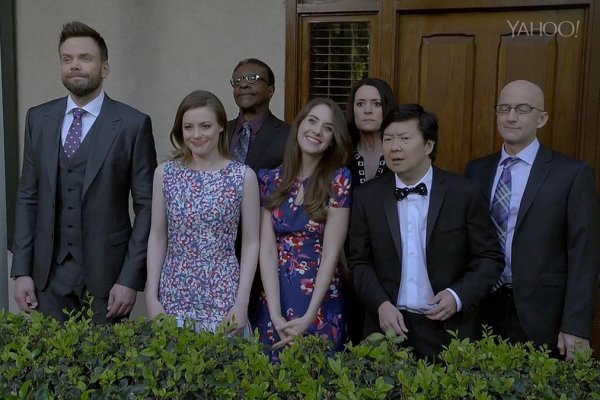 Chang: I love that Chang says he’s at his best when he’s with the group while everyone else is moaning that they are at their worst. Sometimes Chang really does just seem like a sweet little boy who just wants to be liked, and “Wedding Videography” took that feeling and used it to drive home the episode’s lesson and conclusion. Chang’s speech was kind and true, if Garrett and Stacy did what everyone wanted the world still be laughing stocks but they would have to endure that pain alone. It’s better to embrace your imperfections and run with them because no one is perfect, but together you can be imperfect together. I think I stole that from an episode of Futurama, except it was about loneliness.

No mention of “token” episodes: I love that Community plays with the idea of being wholly meta, but season six has so far been really heavy handed with that. This episode played out a lot better without mention of every TV series needing a token wedding episode, or it how every season has a documentary episode directed by Abed.

We didn’t get to see Abed’s adorable face: That’s all I got.

“Annie don’t “Jim” the camera.” Where are all my The Office peeps at?

Todd could be god.

The Shhhhhhhhhh off. This is a gag I will never get tired of.

Elroy’s beautiful serenade to the man who is wearing pants, and should continue to wear them.

The Heckler: First appeared during Garrett’s vows, as in “someone laughed at that the wrong way!” and then during Chang’s speech. “Let him finish!” “They are letting me finish.” “I know, I was being sarcastic!” I’m going to tell myself The Heckler was Starburns. Or maybe Koogler, even though I hate The Koog.

“Stay and eat cake or go the hell!” I will find a way to work this one into my regular vocabulary.

Seriously though guys, Todd could be god.

Hush Comics gives “Wedding Videography” an A for being funny and sweet and for re-humanizing characters that were at risk of permanently becoming caricatures of themselves.