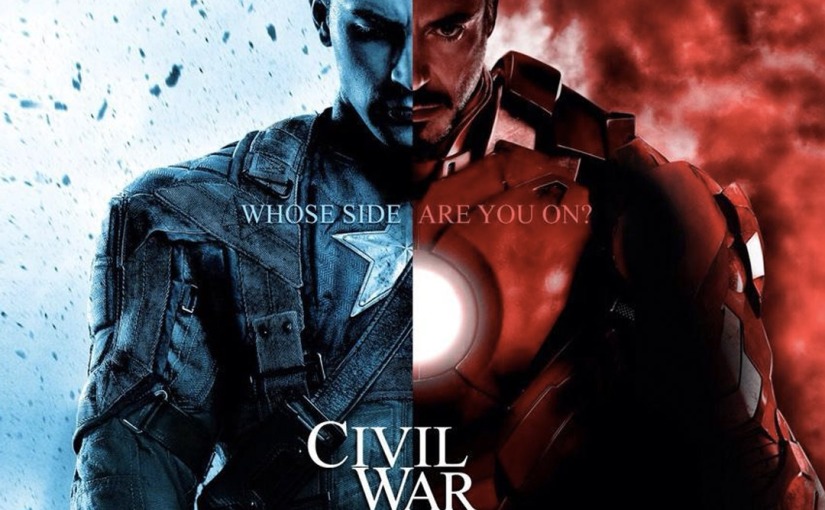 Let’s face it – Captain America: Civil War is currently going down in history as one of the most spoiler-ed movie in ever. Not only will it closely follow one of the biggest Marvel Comics storylines of all times, but people are fiends about leaking any and everything they can find out about the film. Personally, I prefer to stay spoiler free… I know how dumb that sounds considering what I’m currently writing, but hey, it’s my job right?

Photos surfaced on Twitter today of a very beaten up Robert Downey Jr. posing with a food truck proprietor, indicating that at one point in the film he’ll most likely get his ass kicked. Probably by Cap, and he most likely had it coming.

First celebrity on my truck and he is freakn Iron Man! @robertdowneyjr made my day. http://t.co/sk6UmEvydn—
Blaxican Food Truck (@blaxicanfood) July 15, 2015

If you are unfamiliar with the Civil War storyline, the whole thing is available in trade paperback. It is one of Marvel’s best and it leads into one of the most iconic deaths in comic book history. I won’t say who, just in case any of my beloved readers happen to be cave dwellers who don’t know what I’m talking about. Either way, if you want to know more, go to your local comic book store and pick up the trade (and it’s accompanying spin-offs) – you’ll thank me later.

Note: I’d like to give a big shout out to the Blaxican Food Truck who shared this picture. If you see them on the streets, give their food a try and if you’re on Twitter, go ahead and give them a follow.

All images belong to Marvel Studios.