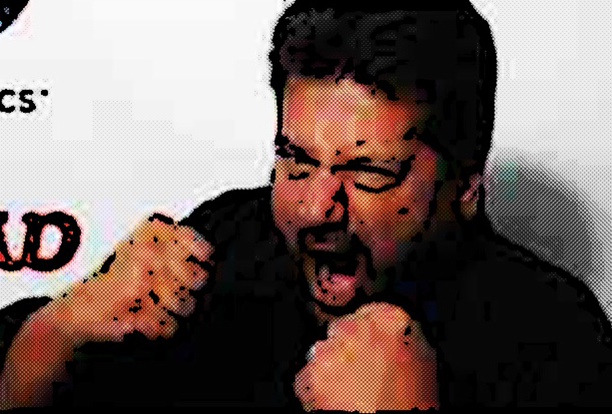 “It’s crazy to think that Damian first hit the books over 7 years ago when I was still an editor of the Bat-line. I can still remember that day when Grant [Morrison] said he wanted to bring this wacko kid into the picture and make him a real pain in the ass for Bruce.” – Peter Tomasi

Peter Tomasi is a name that should ring in a lot of fan-boys ears for being the writer to The New52 Batman and Robin, who along with penciller Patrick Gleason have created one of the few comic books out of the relaunch to keep the same creative team – which is amazing considering that Robin has been dead in the DCU for almost half of the series. The death of Damian would not have carried nearly as much weight if it weren’t for the development in Batman and Robin that both Damian and Bruce went through together. The murder of Damian was capped off with issue #18, called Requiem (a title Tomasi also gave to a tribute issue to a certain character after his death in Final Crisis), which was his first silent issue. The emotionally charged issue was a great send-off for the character that Tomasi had sort of adopted through his run as an editor, and then writer, of the Bat-books. There was a deeper connection than just the creative side; this had been the result of years of grooming. 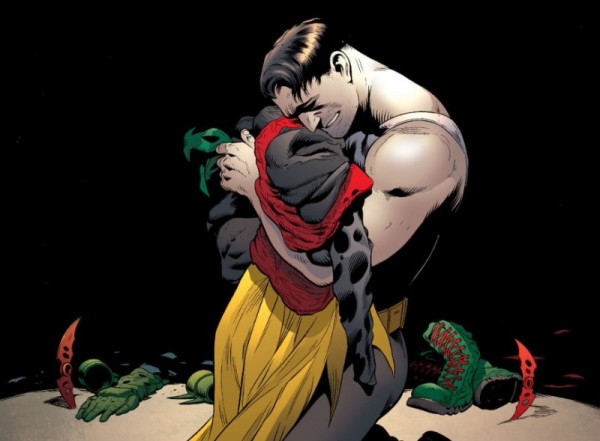 As a kid, Tomasi’s father introduced him to comic books. Growing up watching Adam West scaling walls on the Batman television show, and reading the exploits of Batman through the legendary comic book tag team of Denny O’Neil and Neal Adams, Tomasi was a Batman lifer. It eventually led him to start his career at DC Comics as an Assistant Editor at DC Comics over 20 years ago, where he has since remained. Ten years later, he earned a promotion to become Senior Editor at DC Comics, while moonlighting as a writer for random books that likely needed help keeping deadlines. Along the way, he also created The Light Brigade –  which Tomasi described as one part Saving Private Ryan, one part Paradise Lost – in 2004. The series has quite the following, and was recently re-released in hardcover edition a few months ago. Wanting more writing responsibilities, Tomasi left his fifteen-year long position to take on Black Adam: The Dark Age in 2007.

Black Adam had been thrown into the DC spotlight after kicking everybody’s butt in 52, a weekly installment set in one year of DC without the Trinity (Batman, Superman, Wonder Woman), so it seemed only natural that he should be given his own mini-series. Tomasi’s run was fascinating, blurring the lines of hero and villain, making me root for Adam throughout the story.  Being Egyptian, I was naturally drawn to identity with Black Adam – although I’d like to think I’m not nearly the evil bastard that this guy is. After receiving a lot of acclaim for The Dark Age, Vice President and current co-Publisher Dan DiDio asked Tomasi to jump on to his first full-time book, Nightwing. The train didn’t stop there, though. Tomasi wrote for The Outsiders, Green Lantern Corps, and even co-wrote Brightest Day with Geoff Johns. He also worked on side projects, like writing screenplay for the video-game, Need for Speed: Most Wanted, a game that I wore out to the point of breaking it in high school, and Green Lantern: Emerald Knights, a compilation of stories about the Green Lanterns (Tomasi’s writing was for Kilowog’s short).

Writing books with an ensemble is something that naturally fits for Tomasi, whose experience as an editor has made him an Amazo of a writer, able to channel different personalities without sounding like a single writer’s voice. This was most impressively portrayed on the recent mini-series, Forever Evil: Arkham War. What I initially took for a cash grab, capitalizing off the Crime Syndicate story that Geoff Johns was writing, I ended up falling in love with. The story picks up with the Justice League absent in a world now controlled by the rime Syndicate, Gotham City left with nothing but Batman’s rogues gallery to fight over the empire of dirt left behind. The two front-runners in the battle are Scarecrow and Bane; Scarecrow thinks he can outsmart Bane, but Bane proves to be more cunning than Scarecrow thinks, and definitely the stronger-willed. Once again, I find myself cheering for the “bad guy” in one of Tomasi’s books. 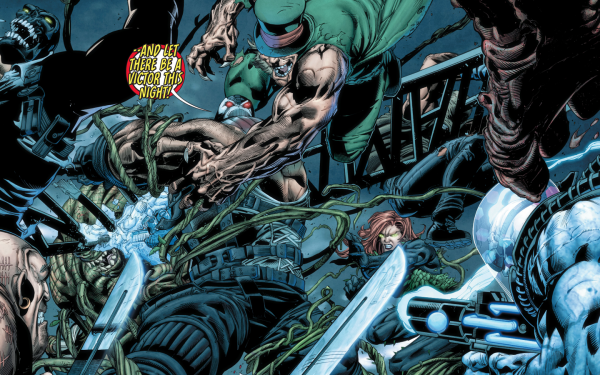 The complex relationships that Tomasi builds in his books are a cornerstone of his writing. When he came on to writing the Bat-books, it was right before The New52 relaunch, when things had gotten quite complicated in Gotham City. We had been introduced to Damian Wayne and Stephanie Brown, Batman had freaking died and now Dick Grayson had become the new Batman. It was a very confusing time for me, but the understanding that these were people underneath the masks helped me dissociate the standard roles each of them played. While Bruce had a sternly parent role with Damian and Tim, Dick was more of a big brother – which was evidenced by his difficulty in getting Robin to follow in suit.

Damian has earned his place in the Bat family legacy. From when he started out in Batman and Son to when he was killed in Batman Inc #8, the character had grown from intolerable shit to prodigal son. A lot of the interactions in Batman and Robin were influenced by Peter’s own son, and how he thinks a wily, spitfire of a boy would act. And while the other Bat-books featured Damian’s progression, it was really Tomasi that raised him. Tomasi has been the cool step-dad that never gets the credit for raising a child that was, in essence, left on his front porch. The first volume of the New52 Batman and Robin, Born to Kill, is a prime example of why Damian really belongs to Peter Tomasi. Through rage and instinct, Damian decides to defeat crime by taking it out permanently, crossing the line that Batman holds dear when a third-party, named Nobody, convinces him to take a life. The heart-wrenching arc is one of the best in the New52 and really showcases the internal struggle Damian goes through – things are really messed up when your mom is the son of the Demon’s Head and leader of the League of Assassins. With so many Batman-led titles, the interpersonal take on Bruce and Damian’s relationship with each other set Tomasi’s book apart from the others. This must have been especially hard when you realize that, as Senior Editor, Tomasi knew Damian’s fate from his very inception. 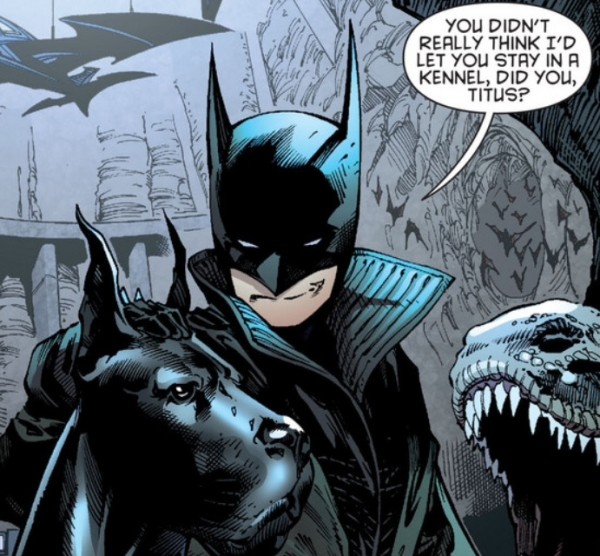 Since Damian’s death over a year ago, the series has been following Batman’s quest for closure, culminating in a battle with Ra’s Al Ghul, who has defiled Damian’s grave and using him to create more super-soldiers – featured in a disturbing Batman and Aquaman #29. You can feel the feels slide off the page, as we’re not sure where Batman’s mental state is – that’s not only scary, but a testament to the earnestness of Tomasi’s writing. The news has broken that Batman will indeed be getting a new Robin when Robin Rises: Omega comes out on Batman Day (July 23rd). Speculation remains as to whether or not this is a new Robin, or the return of Damian, but one thing is sure: Batman needs a Robin just as much as he needs a writer like Peter Tomasi.

None of the media in this article belongs to Hush Comics; it all belongs to their respective properties (DC Comics). Join us tomorrow as we continue our countdown to Denver Comic Con as we put on our spandex and onomatopoeic fighting words with the classic Batman, Adam West.