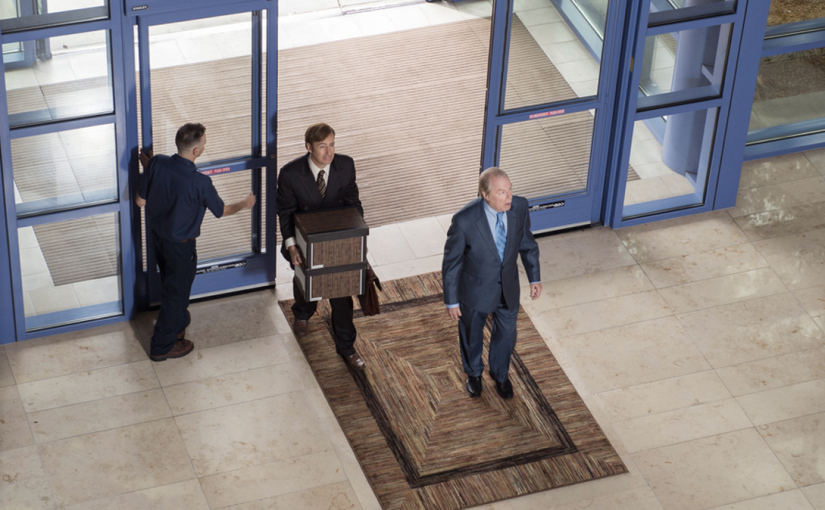 This week, we got a big dose of reality. Jimmy tried to prove he is a good guy, but no one would take it. Chuck is the real villain in this situation. Mike pulled off a very impressive protection job. And Jimmy dropped the first F-bomb of the series. This has been the most Breaking Bad episode so far, and it was amazing. Let’s dive into it.

Chuck’s commitment to his allergy: At the open we see Chuck and Jimmy sitting on a bench outside. Chuck can’t help but stare at the transmitter not far from them with tears in his eyes. At this point, I think he is faking just so Jimmy will still take care of him. And lining his jacket with the space blanket material is pretty genius and hilarious. Granted it was Jimmy’s idea, Chuck actually wears it and feels better with it on. I think Chuck is a piece of work (especially after the final scene), but I commend him for the commitment to whatever it is he is trying to pull off.

Chuck is the real pigf***er: I knew it! I knew Chuck was the bad guy here! The way he treats Jimmy has always irked me. The real tip-off was at the beginning of the episode when Chuck makes a phone call on Jimmy’s phone. He was bathed in red and yellow lights (which is a huge indicator that he is doing nefarious things), but then to call Howard and tell him not to hire Jimmy?! What a pigf***er.

Jimmy stands his ground: Jimmy is pretty used to being rejected. But this time, he gives back a lot of what he has taken. Chuck convinces Jimmy to take the case to HHM because it would be too much work for the both of them. After agreeing to “Hail Satan,” Jimmy takes the multi-million dollar case that he has done all the work on to HHM and asks for an office. When Howard tells him that Jimmy won’t work for HHM and offers a puny compensation fee for the case, Jimmy gives this mind-blowingly amazing response: “Go to Hell, Howard. I’m not giving you my case. And I’m going to tell every one of those clients what lying miserable pigfucker you are. I will burn the whole thing to the ground before I give it to you.”

Kim stands up for Jimmy: We know that Kim and Jimmy have a connection, but she has never openly expressed that to anyone. It was good to see her stand up for Jimmy’s honor, even if she did end up agreeing that Jimmy needed to take the deal instead. 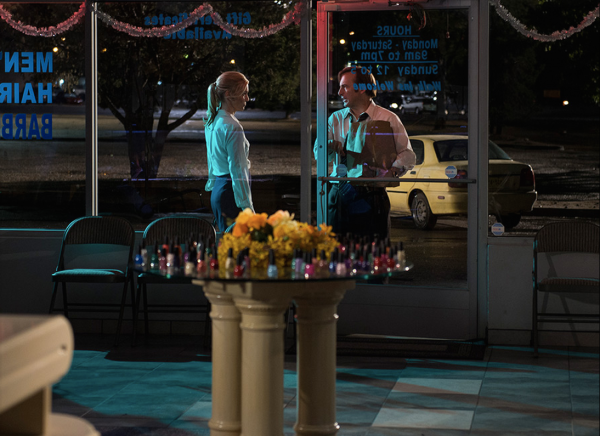 The attention to detail: I love that we get a whole scene of electronics being turned off at HHM in honor of Chuck’s return. I also love that Jimmy’s phone dying ends up playing a huge role in the episode, and likely for the rest of the time we know Chuck. 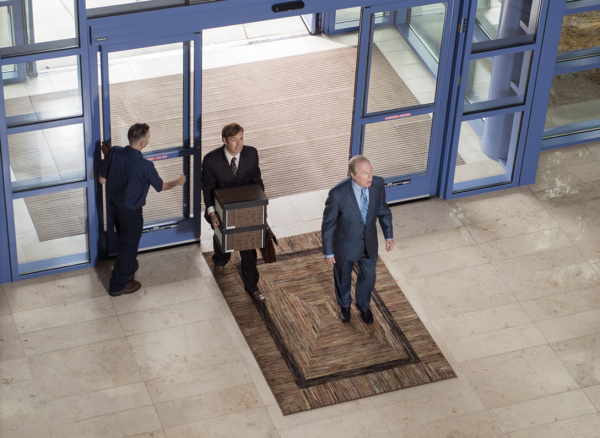 The final scene: When Jimmy confronts Chuck about making the call to Howard at 2 am, Chuck finally admits what he has thought all along. “You’re Slippin’ Jimmy. Slippin’ Jimmy with a law degree is a chimp with a machine gun.” Ouch! But thank god for transparency. And thank god that Jimmy told him exactly how much supply Chuck has and how long it will last. This scene gave me goosebumps because of the writing and the acting.

Mike Ehrmantraut, the early years: They may not be that early, but we now have some indication as to how Mike got in the game in the good ole ABQ, and it could not have been more bad ass. When he showed up to the meeting spot and one of the other “protectors” starts bragging about how many guns he is packing while Mike carries none, Mike takes the gun the douchey guy is waving around, and clocks him right in the neck with it. The Hodor-sized third man runs off because he is so scared. And the job was hilarious – a drug deal between Nacho and the man who needed protection – a goofy looking white guy trying to make a buck off prescription pills. And this dude has no idea how to deal the drugs, having to ask Mike how to do it before Nacho and his pals show up. Luckily Mike did his homework, and finds out Nacho is buying drugs without his boss knowing (sure to be important in the next episode). Mike also let’s the guy who stole the drugs know the difference between a good criminal and a bad man. These scenes allow us more into Mike’s life, and it is so damn intriguing. I can’t wait for more.

The Intro: The fact that there is a “Better Call Saul” matchbook in a urinal with an old cake and a wet cigarette makes me happy. I don’t know why.

Length: This is selfish, but I wanted it to be longer. More Better Call Saul! I demand it!

Nacho will get caught by Tuco: I don’t know how this will come back to either Mike or Jimmy, but if Nacho is buying drugs without Tuco’s knowledge, something pretty bad will happen to Nacho. 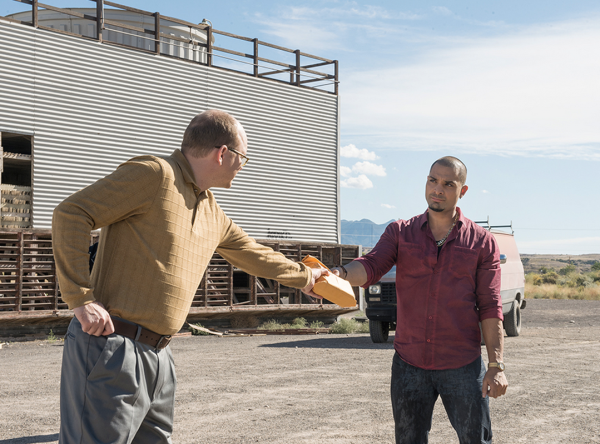 Hush Comics gives “Pimento” an A for being the most Breaking Bad – esque episode so far.

All images belong to AMC and are credited to Ursula Coyote.