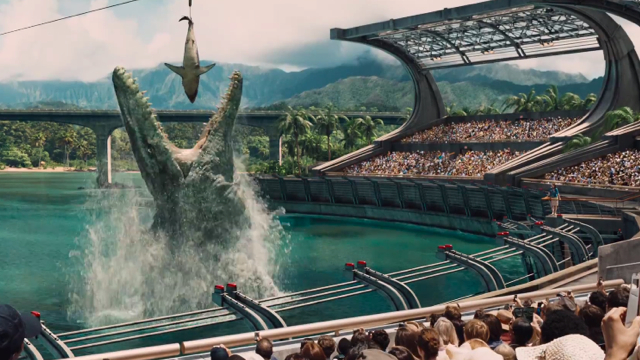 Yesterday the sport’s world lost a friend.  Stuart Scott passed away at age 49.  Watch this amazing tribute to his life here.  Source: ESPN

The Talking Dead – your favorite talk show – won’t be on at Sundays at 8pm anymore.  But don’t fret, it will be moving to the 9pm slot, in order to give Better Call Saul the 8pm slot.  Things could be worse. Source: Twitter.

The Hobbit is still holding onto the Number 1 spot in the box office with 220.77 million made.  Haven’t seen it? May be a good time now that people have to work again after the holidays.  Source: Fandango

Hipsters went crazy when the Jurassic World preview came out last year.  Now they will have to watch the Super Bowl to see a super-sized trailer.  They may actually care about the game, too.  Source: ABC News

A fan made LEGO movie is making the rounds.  Jordan Haro created his very own Batman vs. Superman movie, and let me tell you, it is hilarious.  Source: BrickFlix

DC Collectibles will be releasing a line of Li’l Gotham figures, based on the designs of Dustin Nguyen and Derek Fridolfs.  It only makes since that The Joker and Harley Quinn are the best of this series. Source: GeekDad