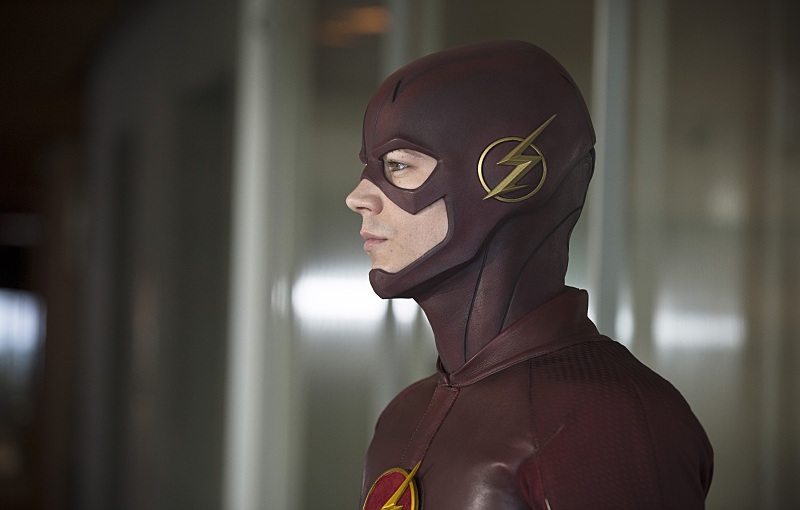 The Flash had a really strong episode with “All-Star Team Up.” Read the review to find out all the ins and outs of the episode.

The Flash and Joe West team up: The opening scene was pretty good. I have always wondered why the police didn’t just work with the superheroes. I guess this is one of the few stories where it makes sense. They were funny, clever, and most importantly, got on Eddie’s nerves. It’s not that I dislike Eddie, but his attitude toward The Flash is unwarranted, especially when they are catching the bad guys.

Brie Larvan: Sure, she was over the top. But the writers knew that, so all her cheesy lines about stings, buzzing, and bees were totally worth it. Even her dress had a hive pattern on it. The only thing Emily Kinney’s character was missing was a maniacal laugh. 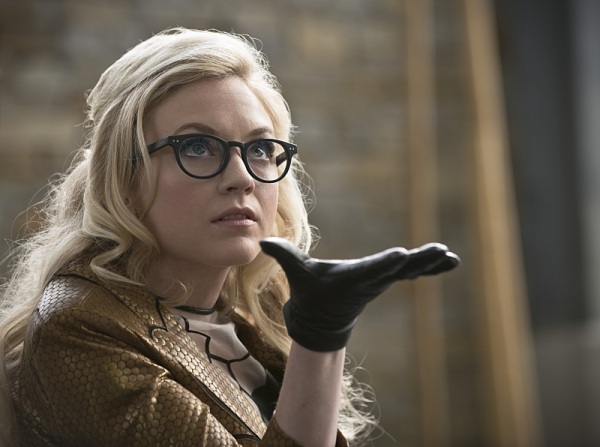 She wasn’t a meta-human: Sometimes the meta-human thing can get boring. It was fun to see someone who was wronged do something evil with it. And I kind of agree with Brie; her whole life’s work meant nothing once her boss fired her. She felt worthless, a good motivator for wrong masterminds. Her smarts also made her Felicity’s nemesis, and that was amazing.

Telling your friends vs. not telling your friends: I don’t have super powers and probably never will, but I do know a thing or two about telling friends about your super powers and not telling them because I have watched A LOT of TV and read a lot of comics. The fact is, keeping your friends and loved ones in the dark about your true self only drives you away from those you love. And I like that Felicity and Joe were Barry’s “angel” vs. “devil”. I don’t know who was right, but I like that Barry made a decision on his own about telling Cisco and Caitlin about Harrison Wells. I just hope he comes to the decision to tell Iris before she goes crazy.

Ray and Cisco: Ray and Cisco should be shipped on Tumblr. I am sure they already are, but now I’m declaring it. The adorable relationship these two have made for one of the best episodes of The Flash to date. Their back and forth with geeky jokes and villain naming was enough to say “Awww” too every five seconds. It became even clearer this time that perhaps Ray and Felicity would best be suited for the “light” show, because for some reason, their antics on Arrow irritate me.

Felicity: This season on Arrow, Felicity has lost a lot of her strength because she is always lovesick over someone. However, her presence in this episode proved that she is still the adorable hacker we know and love. She also had some great dialogue including, “I thought Central City was the fun one!” when noticing everyone’s bad attitude.

Barry isn’t stealthy: Throughout the episode, he says one thing and does another. At first he says, “Ok! I won’t tell my friends what is on my mind.” Then Felicity comes to town and he immediately blabs. He also is making it super obvious that he is keeping secrets from Harrison. Harrison/Eobard isn’t dumb. Barry needs to work on this.

Iris: I was so looking forward to liking her. I really was. But this episode almost made my thoughts about Iris irreparably bad. Her treatment of Eddie is absolutely unfair. I do realize that not all of that is her fault since he does know Barry’s alter ego. But even after Barry tells Iris about what it is like to be a cop, and why Eddie keeps her in the light (a speech I thought was very heartfelt, even if not completely the truth), she goes out of her way to ruin the relationship with an ultimatum. And don’t even get me started on the dinner she ruined. UGH. 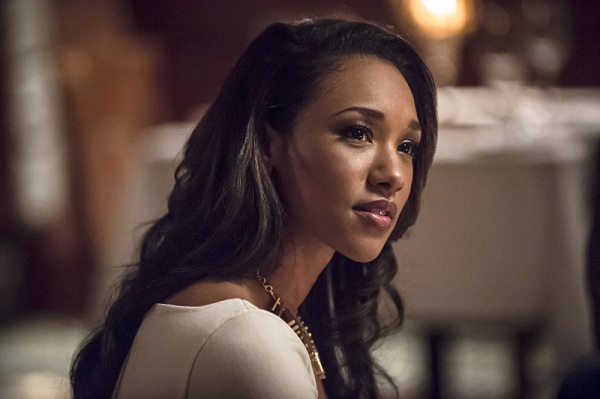 Cisco’s dreams: While I appreciate the cinematic effect of the dream sequences Cisco is having, if time was turned back, how would he have any memory of the event between him and Eobard Thawne? It just doesn’t make sense.

A bird, a plane, Ray Palmer: The clip of Ray flying into Central City in his ATOM suit was a hilarious reference to actor Brandon Routh’s role as Superman. Well done.

Superhero Billionaires: It is asked, “What is it with billionaires being superheroes?” Well we do have Ray, Oliver (formerly), and Bruce Wayne. It is worth noting in DC.

I’m partial to the ATOM: Ray tells Cisco his suits name. Cisco isn’t sold on it, asking “Are you married to that?” This isn’t the first time the suits name has been mentioned, but it is worth nothing.

The fight 15 years ago: So I don’t know how I came to this conclusion. I have no reference to how I got to it, but here it goes: Barry does not go back in time to save his mom; he goes back to save the real Harrison Wells. Somehow he figures out there was a body switch and realizes how much better off they would be with the real deal.

Hush Comics gives “All-Star Team Up” a B+ for a strong team-up episode, hilarious dialogue, and a silly villain, but for not making sense in the timeline and making Iris insipid.

All images belong to The CW and DC Entertainment. They are credited to Cate Cameron.