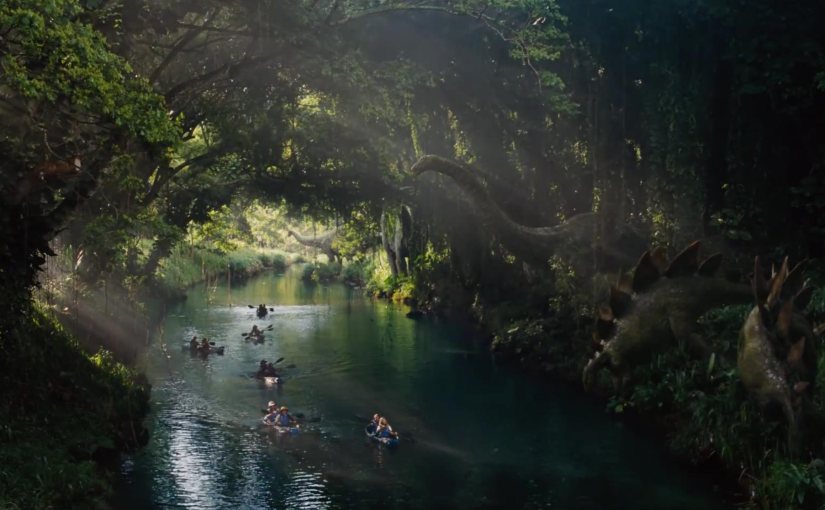 The Game of Thrones season 5 finale aired on Sunday night and left audiences speechless. I won’t reveal anything here, but if you haven’t seen it yet, I will at least say that this episode is a game changer. Now go watch it.

Jurassic World opened over the weekend and was the best movie ever. Don’t believe me? It set the record for the highest global opening ever – the history of movies, making $524.1 million. The previous champion was Harry Potter and the Deathly Hallows Part 2 with $483.2 million. Source: CNN

It also broke the US box office record for highest grossing opening weekend of all time.  Jurassic World made $208.8 million domestically, beating out the previous record holder, The Avengers, which opened at $207.4 million. Source: Deadline

In other Jurassic World news, we should expect to see some sequels because Chris Pratt has already signed on to do them. Source: EW

Sony Pictures is releasing a third The Smurfs movie, and this one will be all animation and no live-action (sorry NPH) and is called Get Smurphy. Over the weekend the film title and three new cast members were announced, Demi Lovato as Smurfette, Rainn Wilson as Gargamel, and Mandy Patinkin as Papa Smurf. I can’t wait to not see this movie. Source: ScreenRant

Brad Pitt may have changed the game for modern movie studios when it was announced that he will star in a Netflix exclusive movie called War Machine. Source: Geek Tyrant

A new Doom trailer as well as game play footage premiered at E3 over the weekend. You can expect that game to hit shelves in Spring 2016. Source: ComicBook.com

Another big announcement out of E3 this weekend is that there will be a Dishonored 2. They premiered the trailer and you can expect this game out in Spring 2016 as well. Source: ComicBook.com

As we all know, Fear the Walking Dead is a prequel to The Walking Dead and takes place during the zombie outbreak. However, it was revealed over the weekend that the plan for the series is for it to eventually catch up to TWD’s timeline. And then they can do crossover episodes! Oh god I hope not… Source: EW

And finally, this weekend at the box office Jurassic World dominated, and no other new releases even graced the top five: