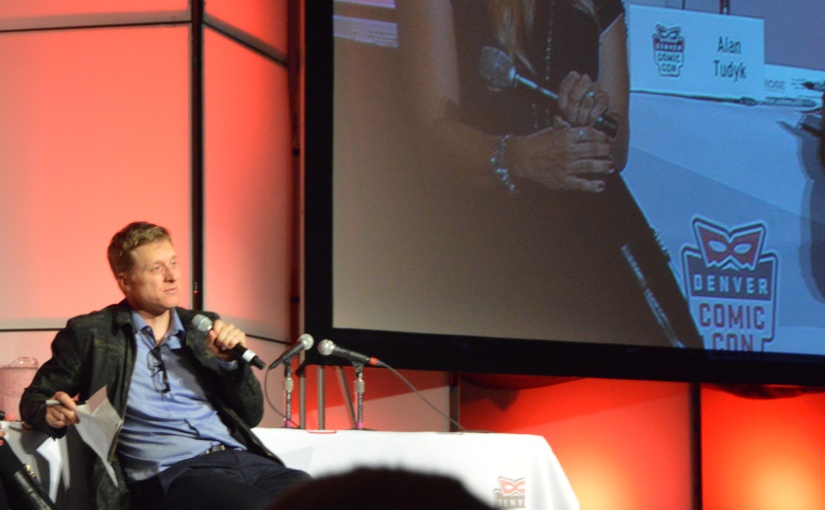 Topic: Tudyk spoke about his upcoming web series Con Man as well as his past roles in projects such as Firefly, Serenity, Dollhouse, and Death at a Funeral

“Ladies and Gentlemen! Alan Tudyk!” Acting moderator Clare Kramer announced at a morning panel May 23 at Denver Comic Con 2015. The man of the hour stepped excitedly up onto the stage, a big bag of goodies over his shoulder. He grasped his mic and raised it to his lips, only to find— in true Tudyk fashion— he was holding it upside down.

“Not a bit. That actually just happened,” he said with an embarrassed laugh. Before Kramer opened the panel to audience questions, there was a lot of talk about Tudyk’s upcoming project Con Man. “My experiences is where it started. My first convention in England… I went with Nathan [Fillion] and there was a guy taking photographs who stuck his hand in a bucket of ice and said ‘I’m sorry. I’m going to need twenty minutes,’ so I was thinking, ‘This is bizarre.’ ” Tudyk said. Before attending his first convention, Tudyk says the only sci-fic he was familiar with was Star Wars and Star Trek: The Next Generation. “I was experiencing [the convention] as an outsider looking in and that’s where the craziness was taking place.” That craziness is what inspired the script for Tudyk’s web series. “I just don’t think there’s another place like this,” Tudky said of pop culture conventions. “I don’t know where this is that people are so accepting of one another and supportive of one another and encouraging of one another,” Tudyk said. “I created this character Wray who’s a buffoon… He’s lost in his life and he doesn’t get how great he has it quite yet.” Tudyk described Wray as a character who doesn’t understand conventions. He will be the lens that convention culture is explored through. 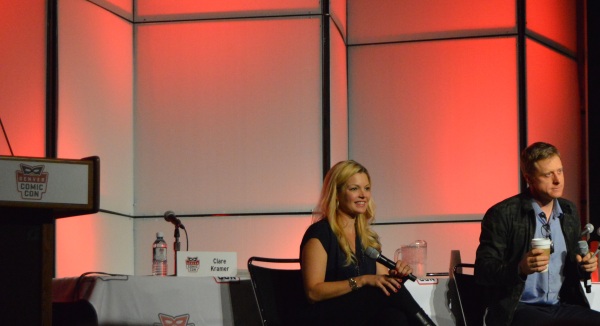 “…We all had high hopes while we were doing [Firefly] because we loved it…We got it. Fox didn’t get it,” Tudyk jabbed about his time on the short-lived science fiction series. A series of boos filled the room with an added, “Too soon!” shouted from someone in the back. This “not getting it” is what led Tudyk to put the wellbeing of his new project into the hands of his fans. He didn’t want to risk a network not understanding the world he was writing and canceling it without further thought. If there’s one thing Tudyk doesn’t need more of, it’s a canceled television show. 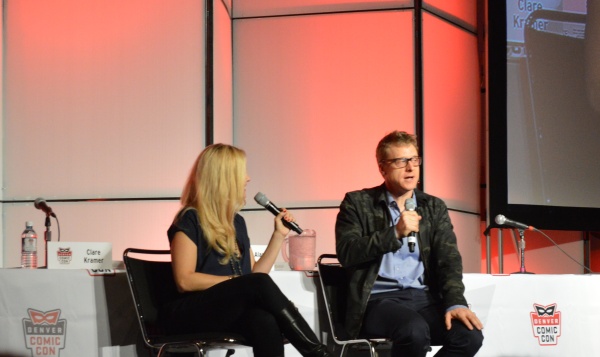 Kramer then opened the panel up for audience questions. Tudyk beamed onstage, pulling his bag closer to him. “I have stuff for people who ask questions,” he said excitedly. These incentives ranged from prints of the spaceship featured in Con Man to smaller, bizarre gifts such as a signed, empty deodorant package that one “lucky” fan received. “You can put anything in that!” Tudyk joked as the fan walked away with their new prize. Tudyk got the idea to bring gifts for his fans from his Firefly co-star Nathan Fillion, who brings watches engraved with his signature. “That’s what happens when you’re Nathan Fillion,” Tudyk said with a laugh.

One fan asked what advice he had for creators interested in making their own web series. “Make it yourself,” he said. “Television is changing, obviously… Network TV is kind of on the decline because of Netflix and Amazon Prime. Vimeo, where we’re showing Con Man, is also getting into the game. They’re starting to produce their own shows and I think YouTube is going to take a bigger hand as well…that’s the place to go. Web series is the way to go.” The fan went away with a signed bottle of Scope mouthwash.

The panel ended with Tudyk giving away one last gift, a signed cover sheet for the first episode script of Con Man. Tudyk’s web series is still in production but is slated to be released on Vimeo this Fall.

Charlotte (Charli) Renken grew up in Denver, CO., and graduated in 2013 from Denver School of the Arts as a Creative Writing major. She now attends Santa Fe University of Art and Design as a Creative Writing major with an emphasis in journalism and screenwriting. In high school she studied publication as part of the award winning literary magazine Calling Upon Calliope. During her gap year she began writing freelance for the pop culture website Hush Comics and continues to write for it. She also writes for Jackalope, SFUAD's online magazine. She is unapologetically a nerd. From Cosplay to Muggle Quidditch to sifting through stacks and stacks of comic books, being a nerd is her favorite pastime. View all posts by Charlotte Renken