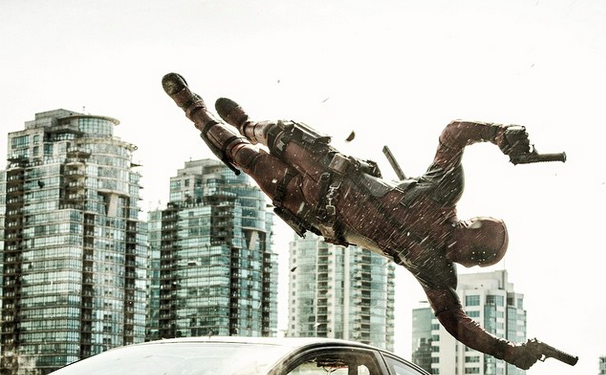 FOX has released a cadre of trailers for its upcoming shows. The Frankenstein Code is all about second chances at a better life. Minority Report know swhat you’re going to be watching. And Lucifer is alive and well in Los Angeles. The trailers don’t make these look very fantastic but Minority Report might be good. The series follows the adult life of one of the precogs who is trying to use his ability to stop crimes before they happen. This looks a lot like the Dead Zone that was on USA almost a decade ago.

Fox’s Gotham has announced two new additions to the line-up of villains. This Fall we will be seeing the Joker, no telling if Gabriel Rush will be the proper role or not, and Victor Freeze will be making his first appearance. Hopefully Gotham won’t cool off. Sorry I had to do it. Source: ComicBook.com

Ryan Reynolds has released a photo of the Merc with the Mouth leaping over a car whilst shooting pistols. It’s pretty sweet. Source: Instagram

So it’s a little ways off but Fox has announced the proper release date for the return of the X-Files. Set your DVR’s to January 24th, 2016. Naturally to try and snare ratings Fox is airing the debut episode right after the NFC Championship Game. Now you have a reason to maybe watch the game! Source: Vulture

So it looks like Marvel (read Disney) cut Black Widow out of her own scene when it comes to some toys. So if you’ve seen an Avengers: Age of Ultron trailer, which I’m sure you have, you may remember a scene where Black Widow drops out of the Quinjet to grab Captain America’s shield and toss it to him while he fights Ultron on top of a truck. It was a good scene. Well it appears that Hasbro (read Disney) decided to fundamentally change what happens. Now instead of getting a toy where Black Widow drops out of the Quinjet on a motorcycle she has been replaced by non-other than Captain America himself. And that just doesn’t make any sense. Source: Twitter

Fantastic director Brad Bird made the announcement that he will be making the “long awaited?” sequel to The Incredibles. I liked The Incredibles I’m happy it’s getting a sequel. Source: Collider