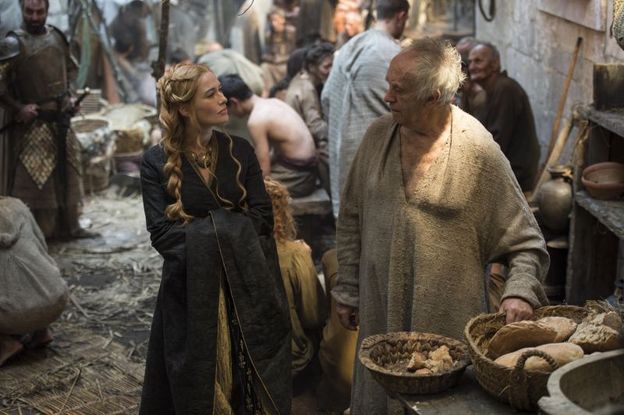 If took him almost 4-1/2 seasons, but Jon Snow knows something! He knows a lot about how to lead, and how to tell the king of the world to kindly go fuck himself. This week’s Game of Thrones episode, “High Sparrow,” wasn’t all about Jon Snow, but there was enough enjoyment at Castle Black to keep me satisfied for the entire hour. Margaery is Queen and Arya is on her way to becoming just a girl. Sansa is being whored off unknowingly once again, and Cersei is plotting revenge by way of the President in the G.I. Joe movies. All hell is breaking loose in Westeros, and we get a front-row seat! 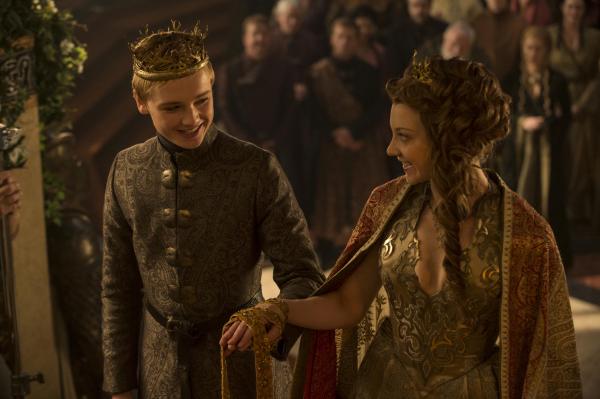 It’s nice to see Arya eager to learn again. She’s been so full of sass and ready to run through people that I miss the time when she was working hard for Syrio Forel’s approval. It seems there is a new master. The House of Black and White looks like no joke. She better get ready to be Karate Kid’ed all over again. I also loved that she wasn’t willing to part with Needle, the one connection that Arya still has with Jon. Too many feels to let go of at once.

Tommen is actually pretty cool. He has a gentle heart, which means he is going to get eaten alive. He’s already getting played by Margaery. With all that’s going on with him, and remembering that he is around the same age as Bran, it made me think of where Robb Stark was at that age. He was being named King in the North by surrounding tribesmen, and defeating Jaime Lannister in battle on some grown man shit. Starks > Lannisters.

Podrick’s heart is as big as his wiener. I’m glad he and Brienne had a bonding moment, and Brienne’s story about Renly was touching.

Finally, something big that happens in the show that hasn’t happened in the books. I can’t wait to tell all my book snob friends that Sansa is marrying Ramsay Bolton. I love that the show is starting to diverge, little by little. Marrying off Sansa is a great power play by the Boltons… even if it doesn’t make a damn bit of sense in their relationship with the crown. I love that Roose isn’t falling for Littlefinger’s shit. There’s a much bigger power play at hand, and now the book fans can’t spoil it!

I’m petitioning that we change the title of United States President to King Turtle. 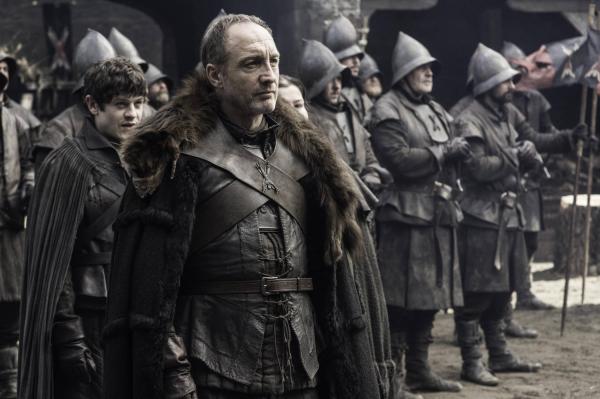 To be honest, that’s a little bit too much family sex talk, even for Cersei. Margaery is playing a very heavy-handed game right now. Cersei sees right through her ploys and Margaery has absolutely no idea what kind of diabolical shit Cersei is capable of. She’s not just playing with fire, she’s pulling the lioness’ tail. In short, this bitch Margaery must want to get cut.

While I was ecstatic to see Llittlefinger’s ploy unravel, Sansa continues to make the weakest decision possible at any given time. Who in their right damn mind would be goaded into marrying into the family of the man who murdered her family? Also, how easy was it for Littlefinger to manipulate her to go along with it? Girl is a bonafide idiot. If her plan doesn’t involve revenge, then she’s gonna get torn apart by Ramsay. 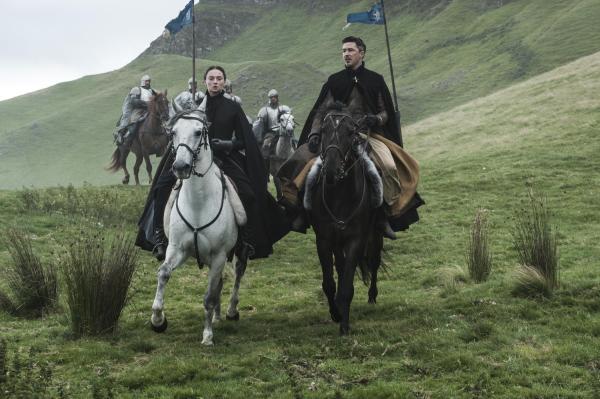 If Stannis were a rapper, then Davos would be a sub-par hype man. The guy is just not convincing. He does such a poor job of convincing Lord Commander Jon Snow to join the cause against Roose Bolton. “Hey kid, tell me the oath. No, no. Skip all that crap about honor and brotherhood. Let’s go to the part where you have to help us do stuff when it’s convenient. Ice walkers? Squash that noise. Just help us get The North back.”

On that note, I thought the whole reason for them to come North was to fend off the White Walkers. Instead, Stannis is essentially playing house by taking his borrowed army to the weakest part of Westeros to wipe out a family nobody really likes anyway. The guy has no friends, and nobody will give any shits about his rightful claim to the throne if you don’t put a Stark in charge at Winterfell. Basically, Stannis is the bologna sandwich of rulers.

Somebody get Cersei some Banana Boat, because she is getting buuuuurned. The whole way to the wedding, people were cheering for their Queen – their NEW Queen. Must suck being old. Margaery even jabs at her, calling her the Dowager Queen, which is what you might call Elizabeth II. This never happens, but I was kinda Team Cersei this episode. The reaction that Cersei gave the High Septum was priceless.

The issue with the Septon was also indicative of how we treat sexuality as a whole today. Privately, everybody engages in the lewd acts, but once it becomes public that other people do it, too, they are instantly shunned. Out of fear of being publicly ridiculed for their acts, their opponents turn up the act of innocence a notch. In this case, it was Cersei who tries to warm herself to the High Sparrow.

Let’s talk about Reek. The guy didn’t say a word all episode long. He just shared horrified winces with us anytime Ramsay or Sansa came close. I have two theories. The straight-forward theory is that he is afraid that Sansa will recognize him, causing him shame (or pain). Ramsay is a sick fuck who enjoys hurting Reek, and Sansa, being betrothed to Ramsay, is apt to join in after what Theon did to her home. The more pensive guess is that Reek is having remorse for what he did, and is debating whether or not to warn Sansa of the type of man Ramsay is. 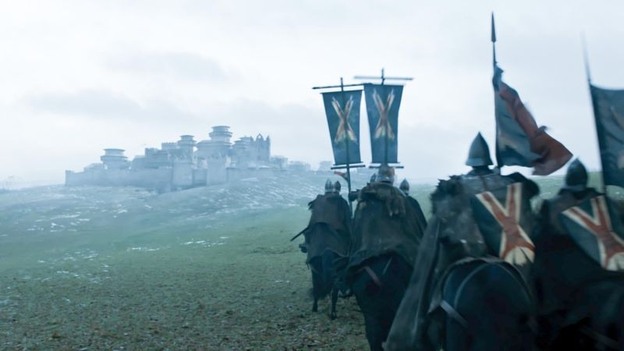 Qyburn is up to some nasty stuff. He’s somehow managed to resurrect The Mountain, although, maybe it’s just Ser Gregor Clegane’s body with a dwarf head attached to it. I’m not a fan of this guy’s practices, but he does seem to be pretty good at handling people’s BS.

When Tyrion and Varys walk through Volantis and stop to listen to a woman speaking, that woman is a Red Priestess. By her speech, she is one of many women who are brought to Voltantis as slaves and then bought by the Red Temple. She didn’t much like Tyrion’s mockery, so I doubt that’s the last we’ve seen of her. Plus, she was played by Rila Fukushima, who plays Tatsu (Katana) on CW’s Arrow.

I guess the easiest way to kick the habit of sexing whores is to fall in love and kill one. Tyrion might be growing a conscience. It’s too bad, though, because that’s what led to his capture by the badly-sunburnt Jorah Mormont. When Mormont captures Tyrion (after kindly waiting for him to finish pissing), he tells him that he is going to deliver Tyrion to “The Queen.” One would assume that Mormont is talking about Daenerys, but there’s the looming chance that word of Tywin’s murder has reached the Free Cities, and with it, Tyrion’s bounty. However, getting back to King’s Landing with an infamous dwarf and no means of transportation seems unlikely. Look for Jorah to head for Meereen. I’m calling it right now: Mormont versus Varys in Trial by Combat.

“You’re as stubborn as your father, and as honorable.” – Stannis

“It’s even better luck to suck a dwarf’s cock.” – Tyrion 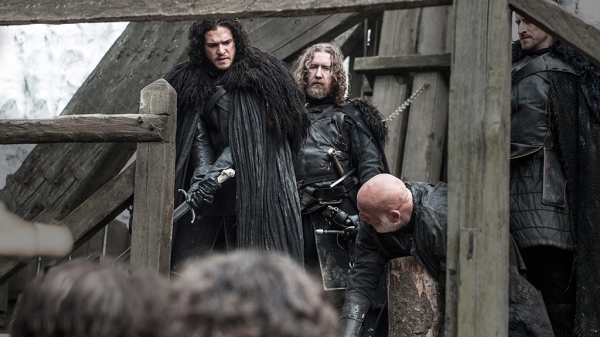 Jon Fucking Stark wins again. I don’t care whether or not Stannis signed the paperwork; Jon Snow is as much a Stark as anybody can be. He took the high road by offering the position of First Ranger to Alliser Thorne, and showed a strong backbone by FINALLY giving that asshole Janos Slynt some cold hard justice. Democracy is a bitch, huh? THERE WAS SO MUCH KARMA HERE. Come to think of it, he could have just killed Slynt and won. Slynt was commander in the King’s Guard when he betrayed Ned Stark and turned on him. He ripped a baby from his mother’s arms and murdered it, causing Tyrion to send him packing for Castle Black (another odd Tyrion-Jon connection). I’ve been waiting 3-1/2 seasons to watch this asshole die.

Jon may have denounced himself from the realm of men, but he’s a Stark, through and through. The way he told Stannis that “Winter is Coming” had me throwing imaginary popcorn at the screen. You go, Jon! Most importantly, though, Jon believes in his father’s mantra: “The man who passes the sentence should swing the sword. If you would take a man’s life, you owe it to him to look into his eyes and hear his final words. And if you cannot bear to do that, then perhaps the man does not deserve to die.” That is the most noble shit I’ve ever heard in my LIFE.

Let’s have some real talk, shall we? Last week’s “The House of Black and White” showed Daenerys messing shit up in a big way by executing one of her closest followers. It began with Dany giving an order, the follower deciding this was a poor choice, and refusing the command. The follower was brought out into public and executed, even after pleas of “mercy.” Personal feelings about the men in question aside, how did this differ from Jon Snow’s situation tonight? What makes Jon Snow’s leadership so much better than Daenerys’? Both have honor in their choices as leaders, and both made identical choices due to insubordination, but Jon Snow, as reluctant of a leader as he is, knows why he is the leader. Daenerys, the same woman that stormed the city of Meereen and nailed the slavers to posts, is now unsure of herself, and refusing to use the very strength that put her in the pyramid (which, let’s face it, is a little hypocritical). If Tyrion is ever able to talk her off that pedestal, she might remember where she came from.

Hush Comics gives “High Sparrow” an A- for giving us years of karma in the making, and for grazing the surface of one of the new players in the game of thrones, the High Sparrows. Each story is taking a new and exciting turn that we can’t get enough of.