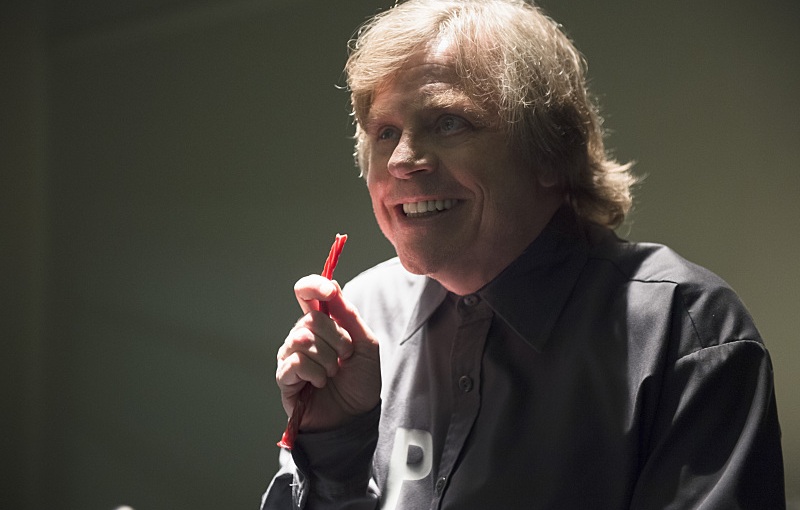 This week’s The Flash brought back a fan favorite, but most importantly, made some crazy revelations about Harrison Wells. Crazy I tell ya!

The Reveal of Harrison Wells’ identity: Finally! We don’t know too much, but we now know that Harrison Wells’ is really Eobard Thawne. Eobard found Wells and his wife, Tess Morgan, stalked them, and caused the car accident, killing Tess in the process. He then switched bodies with Harrison and the real Harrison ended up dying as a result. Now Eobard has the likeness of Harrison, with all his knowledge, but Eobard is controlling everything behind the face. All the flashbacks leading up to this were really well placed. Starting out the episode with the reveal of The Man in the Yellow Suit not being Harrison, but an unknown was brilliant.

All the nods to Mark Hamill’s past: Mark Hamill reprised his role as The Trickster in this episode. While that story felt more like a side bar to all the other crazy stuff that happened, it was cool to see some nods to Mark Hamill’s career. His lair from his hey day was stocked with his costume he wore on the 90’s The Flash. At the mayor’s fundraiser, he wore a purple flower on his lapel like The Joker does, and when he revealed his relation to the new Trickster he said, “I … am … your … father!” I was sort of hoping for some weird breathing after that one. Not related to his past was the best line of the episode. After Barry gives everyone at the party an antidote for the poison, Trickster exclaims, “That wasn’t very sanitary!” 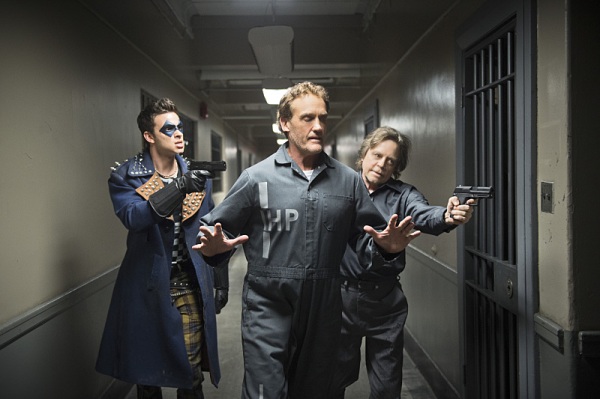 Breaking Bad nod: When James Jesse, aka the “old” Trickster is talking about his masterpiece, he uses “Breaking Bad season 5” as his analogy of what a masterpiece is. Bravo! Although this does make me question what Iron Heights allows the inmates to watch.

Special Effects: Particularly in the first scene, I thought the special effects were really good in this episode. The slo-mo fight between The Flash and The Reverse Flash was beautiful to watch.

Joe has the best pep talks: I was pretty annoyed with Barry crying this episode, but Joe telling Barry his real superpower was seeing the best in people really warmed my heart.

Iris playing Detective: Iris is really concerned for her co-worker Mason Bridges’ disappearance. Iris tries really hard to look into it. Unfortunately Eddie lies and tells her that Mason is in Brazil with a girl. I find it hard to believe that Iris is that dumb, but I know this story line is being set up to take center stage eventually.

Barry reveals identity: We know his dad had already figured it out, but Barry finally let his dad know he was The Flash. Henry even got to see S.T.A.R. Labs after almost dying. That relationship is one that I love seeing on the screen. Also, Eddie was told about Barry’s true self because they need help investigating. Considering they are both Thawnes, this does not bode well.

Harrison reveals himself: Harrison teaches Barry how to run through walls in order to get the Trickster’s bomb off of Barry. The way he describes it is almost as if he is reliving his old glory days. It is a really clever way for Barry to figure out that Harrison is the Reverse Flash.

Acting: Not all the acting was bad. And I do appreciate Mark Hamill as an actor. But both he and Devon Graye, who played the new Trickster, were both so over-the-top it was laughable. All the evil laughing and bad dialogue did nothing for me as far as being terrified. I know it wasn’t totally their fault because the directing and dialogue played a big role in the final product.

In your face: A lot of this episode was in the audience face. There was a lot more telling than showing. I was surprised honestly that Cisco, Caitlin, or Harrison didn’t just look at the camera and start narrating. 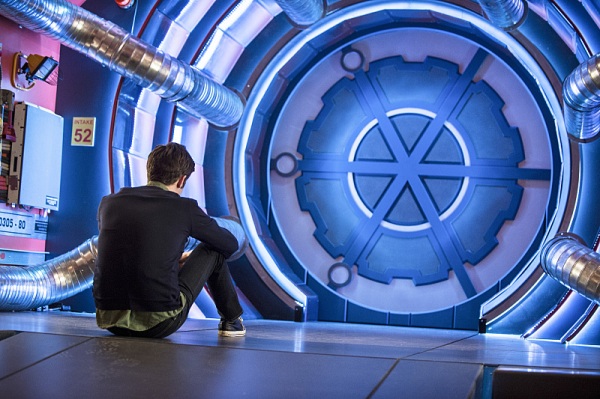 Barry’s passive-aggressive behavior toward Wells: I understand Barry thinking Wells had something to do with the death of his mom. But treating him badly and saying passive-aggressive things to make digs at him isn’t a good idea when there is an inkling the guy is the Reverse Flash. I’m glad it got better at the end, but I thought that the writers think less of Barry’s common sense than the audience does.

Barry is stubborn: Barry not listening to Wells because he is stubborn almost cost his dad his life. I also thought this was bad writing. Barry is a forensic scientist, but they often make him insolent. It is annoying. 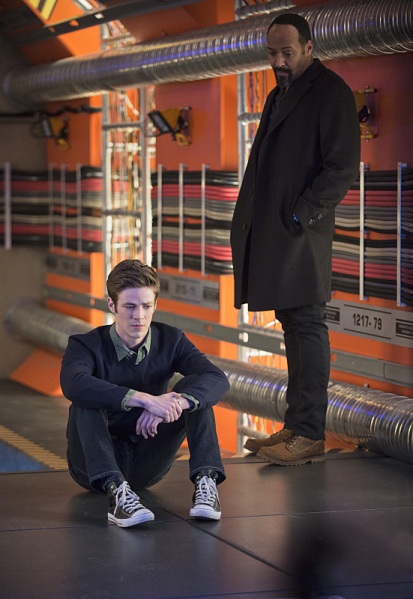 Dumb, dumb citizens: How does Central City take the new Trickster seriously when the box with the bomb in it has a giant cartoon bomb drawn on it? So silly.

Why is money always a factor?: The Tricksters going after money doesn’t make any sense to me. Even if they aren’t caught right then and there, how can they spend said money? They can’t without being caught? I am sick of money being a motivating factor for evil in this show.

52nd Street: The new Trickster says the bomb is at 52nd street. This is another nod to DC’s obsession with the number 52.

Felicity: Cisco mentions that Trickster’s location can’t be mapped and is “Felicity-caliber” a nod to Arrow’s Felicity and her hacking skills.

None of this will come to a head this season: Now that Eddie knows Barry’s secret, It is likely nothing with Eobard, who is sure to be a relation to Eddie, will come to head until next season. Otherwise, how will they keep things juicy?

Hush Comics gives “Tricksters” a B for giving the audience a lot of answers, yet leaving a lot of questions about the origin of Reverse Flash, but distracting us with Trickster, bad acting, and too much telling instead of showing.

All images belong to The CW and DC Entertainment. They are credited to Cate Cameron and Diyah Pera.