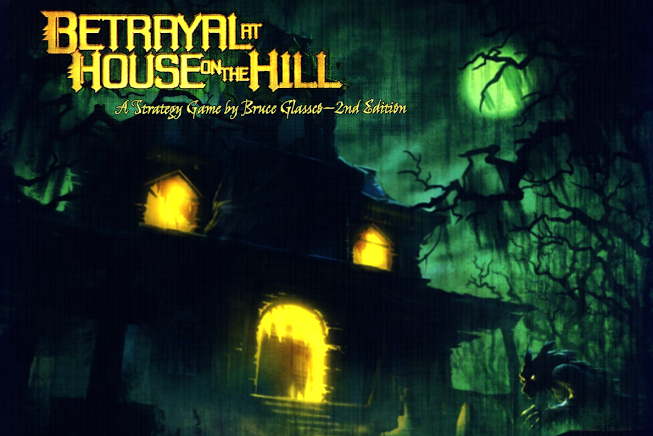 In recent years, cooperative games have become very popular. Games like Pandemic, Castle Panic and Forbidden Island have shown us that it can be just as much fun to work together as it is to tear each other apart. Well Wizards of the Coast, famed producers of Magic: The Gathering and Dungeons & Dragons, ask the question “Why can’t we do both?” Betrayal at House on the Hill is an exploratory game where one of the explorers will turn against the group and sometimes all hell breaks loose, literally.

In Betrayal you and your Scooby-Doo-esque group of explorers decide it might be fun to go check out that creepy old house on the edge of town. Naturally this turns out to be a terrible idea. While exploring the old mansion, the group will come across items and witness creepy visions that will unnerve them. Now some of the items everyone will come across have a taint of evil attached to them; these are omens. After each player discovers an omen, there is a chance that the haunt will begin. When the haunt starts, the gameplay switches up and a traitor is revealed. That traitor will undoubtedly try to kill the rest of the group.

What makes Betrayal at House on the Hill such an intriguing game is that every time you play, it changes. There are 12 different playable characters all with different stats, the layout of the house changes every game, and there are 50 different scenarios to play out. There is a great amount of replay value here. Even if you have the same scenario as a previous game with different rooms on the board and different characters, there is still good variation between each game. 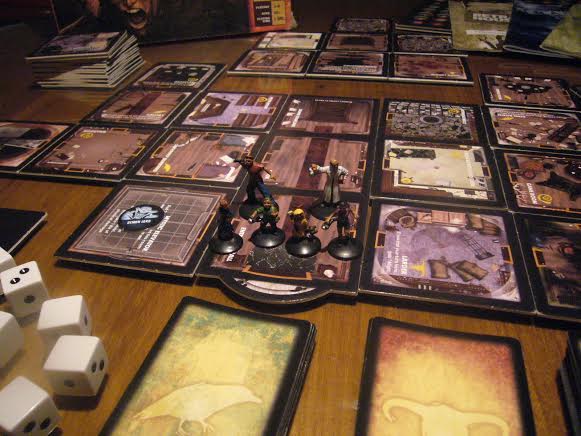 The gameplay is fairly simple. The game supports six players and has 12 different characters to play, and each character has their own unique stats. The explorers all start in the main entrance of the house and each player can move around the house however they choose; you don’t have to move as a group. As the explorers reveal new rooms of the house they will uncover items, omens, and be witness to creepy events. The items are merely items to help you out thorough the game. The events are strange visions that if you have strong enough will, and a good dice roll, can increase your stats. If you aren’t so lucky, they can hurt you and the other explorers. The omens are mystical items tied to whatever evil maybe in the house. As omens are found, the explorer who discovered it must roll dice to see if the haunt begins. Once it does everything changes.

The haunt is where a traitor is chosen, and one of 50 scenarios starts. Which scenario plays out is determined by which omen is discovered and what room it’s discovered in. For example, if you find the ancient ring in the catacombs as compared with finding it in the dining room the group will play through different scenarios. There is even a chance that the traitor will not be revealed right away. The explorers have to then stop the traitor from completing whatever mission is theirs.

Betrayal at House on the Hill is a great game with a lot of creativity put into it. With the excellent atmosphere and the constant change between plays, this is definitely a game to add to your collection. If you’re into campy horror movies, it’s even more fun. It is a little on the pricier side of things though; it retails for around $60.00. When you think about the work put into this one though and the actual physical quality of the game itself, it is worth the price. Pick up this one and send your friends to hell!

One thought on “Gaming Unplugged: Betrayal at House on the Hill”