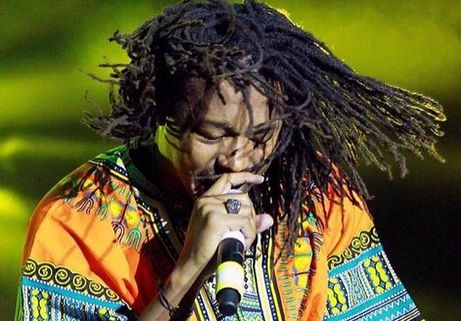 “Digging Through the Crates” is finally back! What better way to ring in the return of “DTC” with a track off Lupe Fiasco’s new album, Tetsuo & Youth. Through the years, Lupe Fiasco has earned a reputation as a complex wordsmith, a conscious rapper who isn’t afraid to speak what’s on his mind, and above all, a BIG FAT NERD. This is not Lupe’s first time getting covered in DTC (See “Lightwork” and “Lupe Back”), and it will definitely not be his last. From Tetsuo‘s Metal Gear Solid (“Adoration of the Magi”) and Breaking Bad (“Deliver”) lines to the numerous anime references throughout his career, Lupe is well-versed at all things geek. The quotable we are focusing on today is this gem from the album opener “Mural,” referring to Marvel’s Gambit.

Gifted with the ability to transfer kinetic energy to physical objects, Remy LaBeau was created by Chris Claremont and Jim Lee during their early 90’s run on X-Men. Gambit aligns himself with the good guys, but he isn’t necessarily referred to as a “good guy.” Remy’s past is a murky one; raised by a roaming band of thieves, he never knew any life but the streets, and robbing to survive was never a strange concept to him. He became notoriously good at thieving, fighting and cheating – I mean, it’s no coincidence that his arsenal of choice includes playing cards. However, Gambit’s “gift,” his mutant powers, kept him from fitting in with the group of criminals which were the closest thing to a family. If they were to find out, they would reject him – think he was a freak and would not understand his unique skill-set, or how it could benefit the Thieves’ Guild.

His eventual fall from grace in the group came in the form of a betrayal in the name of doing the right thing (Weapon X: First Class 2008), where he refused to give Nathaniel Essex (Mr. Sinister in disguise) old diaries and logs from the Weapon X program, he destroyed the documents to keep them out of dangerous hands. Gambit’s good will would continue to outweigh his past life of crime with altruistic acts like rescuing a young pre-Storm Ororo from The Shadow King (Uncanny X-Men, 1990). After joining the X-Men, his charm and hard work were enough to convince most of the team that he was on the right side, but hatin’ ass haters like Wolverine continued to ride him twice as hard as everyone else because he didn’t trust that Gambit was telling the truth about his past.

If that sounds familiar, that’s because it is. Every kid from the inner-city is threatened with the same treatment that Gambit got when joining the X-Men. In order for the kids in this environment to use their natural “gifts” to their full potential, whether they be intellectual or physical, there’s usually an inevitable separation from home that happens. For many, this could mean going to a better school or moving to a new city for a job; no matter the case, keeping true to yourself can become exponentially harder when those around you judge you for who you used to be. Even worse is trying to explain to those you called family that you don’t belong with them anymore. At the end of the day, joining the X-Men is a better life choice than the Thieves’ Guild, but that didn’t make it any easier for Remy to turn his back on them.