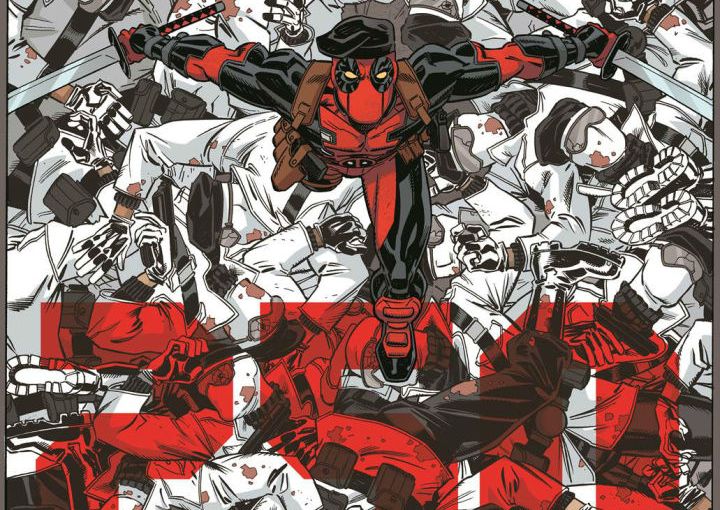 Do you still play WOW?  Dark Horse Comics is giving you a reason to ditch your raid in November , because they will be releasing a new comic series titled World of Warcraft: Chronicle Volume 1. Source: Dark Horse

So the reason that Viola Davis as Amanda Waller has yet to be confirmed is because the studio is trying to tap her for more than one movie.  It’s all rumor-ville at this point.  But it could happen, so here ya go.  Source: The Wrap

A crime solving pony?  An adorable baby? Two sets of multi-cultural twins? Why it’s the 16 best show out of 31 (according to The Hollywood Reporter)… season two of Last Week Tonight with John Oliver!  Catch the trailer below and set your DVR for February 8th.

Marvel is clearing things up. It seems like they were going to release all their planned Netflix shows in 2015.  That isn’t the case.  The gist: they’ll all be a year apart from each other.  Source: USA Today

Hot Toys teased the release of their Avengers: Age of Ultron line.  Why does everything have to be teased?! Source: Superhero Hype

Remember the feel good 70’s Disney musical Pete’s Dragon? If you keep up with pop culture news, you may know that Disney is remaking it, and just recently they cast Michael C. Hall (Dexter) and Wes Bentley (The Hunger Games, American Horror Story: Freakshow).  What a creepy cast for a story about a boy who is raised by a dragon.  Source: Variety

Minority Report is about to be a television series.  FOX ordered the series, which will be set 10 years after the film.  It’s bound to be damn good sci-fi… let’s just hope FOX doesn’t put it in the Friday night graveyard *cough* Firefly and Fringe *cough*. Source: EW

Can February 8th just get here already?!  The Walking Dead released the season 5 midseason teaser. While there isn’t much on the spoiler end (unless you haven’t seen the first half), the teaser shows a whole lot of bad-ass-ness. The comic book-esque silhouettes are gorgeous, and the many weapons are a spotlight.  Check it out below:

And now for the biggest news of the day:

Deadpool is gonna die, ya’ll.  Yup, Marvel is just killin’ off their best characters.  Pretty soon all they’ll have is Jubilee.  In the newest “we gotta kill someone so we can sell a bunch of comics” stunt, Deadpool will kick the bucket in Earth-616 in the 250th issue. I wish I knew when I was gonna die.  Source: The Nerdist