This week— only a week away from the convention— we’re going to highlight the Anime related guests that will be gracing the Buffalo Thunder Resort and Casino. There are some really big stars from these this genre such as Adventure Time’s Jeremy Shada and Jessica DiCicco.

What time is it?! Adventure Time! Jeremy Shada hardly needs introduction to fans of the popular Cartoon Network show Adventure Time . Jeremy is most known as the voice of the beloved character and main character of the show, Finn. He’s also known for his voice acting work in Team America: World Police and Cloudy with a Chance of Meatballs. Jeremy will be the guest of honor at SFCC Saturday and Sunday. 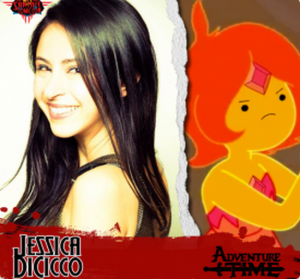 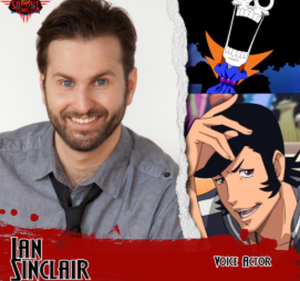 Known for his work as Whis in Dragon Ball Z, Nile Dawk in Attack on Titan, Nathaniel in Salem, Dandy in Space Dandy, Haydi in Dragon Age: Dawn of the Seeker, and many other roles, Ian Sinclair is an established voice actor in anime and video game field. He has been a professional voice actor since 1995 and continues to churn out great work. He will be at SFCC Saturday and Sunday. 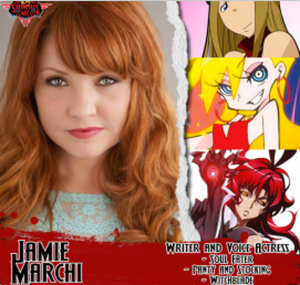 When it comes to American Voice Actors, Jaimie Marchi is     one of the most successful. From Masane Amaha in     Witchblade to Ellie from Borderlands II, to Anka                       Rheinberger in Attack on Titan, Jaimie has an impressive       career in both acting and writing. She has voiced in over      100 films, TV shows, and video games. SFCC is excited to     have her join them all day Saturday and Sunday.

If you’re an anime fan, you’re bound to have an amazing time at this event, especially with these top name anime stars. While none of the stars are slated to have panels as of yet (subject to change), don’t forget to stop by their autograph and photo booths for these once in a lifetime opportunities. Again, be sure to buy your tickets for Santa Fe Comic Con here. Tickets for the whole weekend are $35 for adults and $15 for children. VIP tickets are also available starting at $75. Police, Active Military, and Fire Fighters get in for free.

I am a multimedia storyteller with experience in investigative journalism, beat reporting, social media management, and entertainment news. While I write on a variety of topics, my work tends to revolve around the city of Chicago, queer culture, fan activism, and marginalized voices. I am also a skilled copywriter, digital marketing specialist, and productivity coach. View all posts by Charli Renken