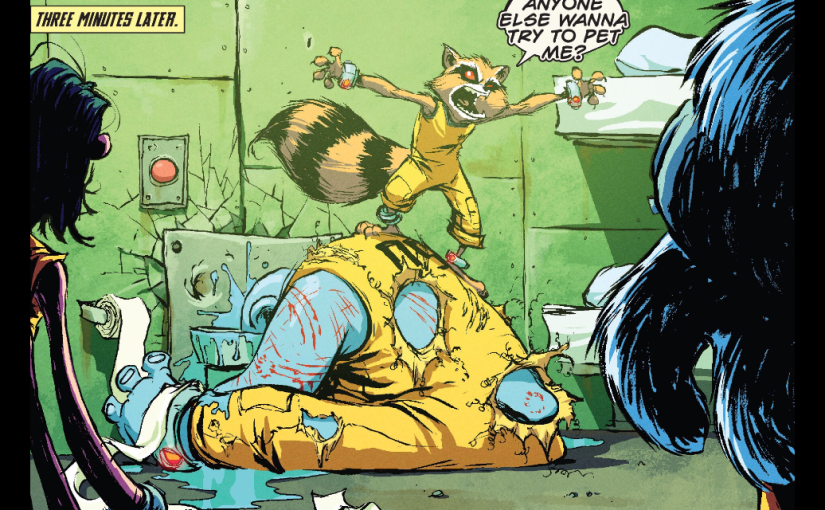 The mythical A+: Classic comic book material. Belongs next to your copy of The Notebook and The Joy of Cooking.

A: Would definitely recommend to all comic book readers. Even more so to fans of the genre or characters

B: Enjoyable read. Fans of the genre or characters will especially like.

C: Non-essential read. Can be enjoyable for fans of the genre or characters, but likely for only one or two events in the books.

D: Unenjoyable book. Read at your own risk. Might find satisfaction if major flaws are overlooked.

F: Please don’t buy this book. Donate your money to a local comic book writer’s workshop instead to inspire future generations to write something better than this trash.

Pick of the Week: 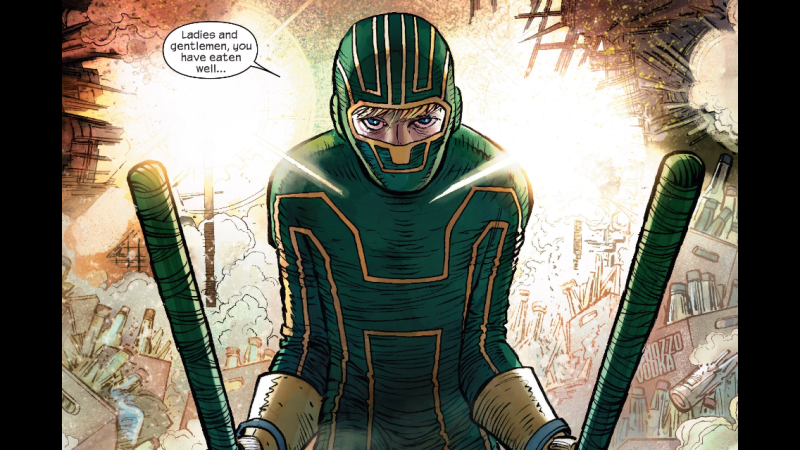 That’s right – the finale to Kick-Ass is the first A+ ever given at Hush. It was the best send-off I could have asked for. Dave Lizewski is calling it quits, but before he quits, Hit-Girl has talked him into one last night of beating some mobster and crooked cop ASS. As per usual, the story is flooded with murder and mayhem, but there are so many great moments with no action at all in them. It was a greatly crafted end that just screams Hollywood adaptation. The pages are also littered with Easter Eggs and even an after-credits scene that keeps the story alive. Kick-Ass has shown us that not only do comic books kick ass, but normal people can, too. This is one of the best endings to a beloved franchise I’ve read since Locke & Key wrapped up last December. Kick-Ass has carved out a niche in the comic book world and has enough shelf life to make it a classic. – Sherif

It would seem that although there is a lot of change in the Batverse since Dick Grayson’s “death,” not much has changed. The former Nightwing has been sent in to spy on … Spyral, who is working on systematically discovering the identity of the Justice League. The tricky thing about being a double agent is that, most of the time, nobody has any idea what is going on and where alliances lie. Unfortunately, we as readers are victim to some of that as well. I like the overall schtick the book has, and writer Tim Seeley does a good job of portraying the whimsical Dick Grayson, but there’s not enough here to really make me want to sell Grayson to you. – Sherif

The second issue in Rocket’s solo series starts out with a hilarious True Detective reference that, while slightly confusing, made me laugh out loud and the laughs kept coming from there. It’s rare that a comic book will have me laughing so much, but, Rocket manages to do just that. Rocket is just as foul-mouthed as he’s always been in the books but it’s great to see Rocket have to take care of himself, he can really kick some ass when he needs to, even without a gun. The art has taken some getting used to for me, but, I think I’m finally on board with it. It’s very reminiscent of old Earthworm Jim stuff, there’s even a Rat Fink style vehicle in it that I absolutely loved. I’m very excited with where this series is going and I suggest getting started on it, especially if you enjoyed the Guardians film. – Cody

Wow. The first six issues of Moon Knight have been so awesome, and just like that – it’s over. Writer Warren Ellis and penciller Declan Shalvey are moving on after dropping one of the most impressive new books out. Their last issue, and the one that wraps up the first arc, focuses on NYPD detective Ryan Trent who has a real problem with a superhero doing their jobs for them. Trent decides to take the most logical action – falsify his identification as a S.H.I.E.L.D. agent and become a murderous anti-hero to take his place. Ellis and Shalvey have laid the groundwork for the new team of Brian Wood (writer) and Greg Smallwood (artist) to take over. If nothing else, this six-issue run has been an applaudable ode to the character of Moon Knight. – Sherif

Okay, I have to admit it – I really missed the a-hole Spider-Man. Otto Octavius is still alive, kind of. There was a certain charm that Doc Ock carried as the Superior Spider-Man that Peter Parker just can’t. I will say that I highly prefer having our friendly neighborhood Spider-Man back in business, but if there’s anything this book proved, it’s that there is still a place in the world for a narcissistic, genius Spider-Man. It seems Otto will be jump-starting this Spider-verse event, gathering a team of Spider-Men from all universes, saving them from a universe-hopping Spider hunter (and not saving a few more, like: House of M Spider-Man, Fantastic Four Spider-Man and the Iron Spider). This is shaping up to be a thoroughly entertaining story. – Sherif

Peter Quill’s solo adventure has been a lot of fun so far. Star-Lord has been captured by his half sister and is being taken to face his fate. This issue has a couple really great moments of Star-Lord just being Star-Lord which is always good for a laugh. I love seeing all the weird creatures out there in these Guardians solo books and there’s a great “that’s no moon” moment in this issue. This one had a rather odd end, but, I’m still excited to see where this is going. – Cody

Ultimate Spider-Man has always been a bit difficult for me to follow. However, what always drew me in, even if for just a few issues at a time, was the emergence of Miles Morales and the “Death of Spider-Man.” This new series has been more or less pedestrian, but this issue definitely kicks it up a few notches. Miles finds himself all alone after spilling the beans about his secret identity to his girlfriend Katie has effectively pushed her away. Miles has more pressing matters to attend to, as Norman Osborn is tearing apart the Parker’s neighborhood. Somehow, Peter freakin’ Parker shows up to save the day. Following Marvel’s newsfeed, we know that there is some massive Spider-verse event coming up – we just hope that Peter’s appearance isn’t a gimmick. – Sherif 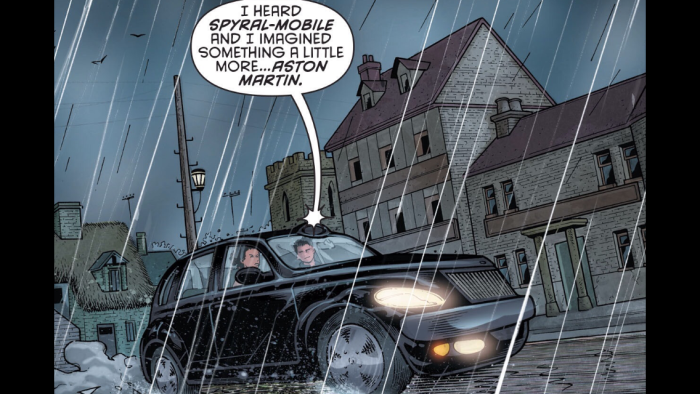 Panel with the Most Awesomeness:

That about wraps it up for our reviews this week! Look for next week’s previews coming soon. Any comic books you didn’t see reviewed that you want reviewed? Any grades you didn’t agree on? Let us know in the comments!

All images taken from ComiXology app and the credit for them goes to the respective publishers; thanks to IDW Comics, image Comics, Dark Horse, Boom! Studios, Dynamite Entertainment, DC and Marvel for putting out great books.