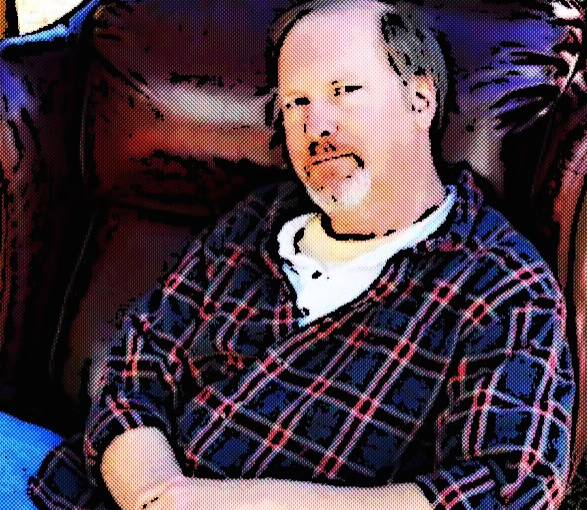 “You can’t just hide in a hole and write books; I believe you need to give something back.” – Kevin J Anderson

I was introduced to Kevin J. Anderson through his novelized works in the Star Wars universe.  Author to one of my favorite series of books, The Jedi Academy trilogy, Anderson has a special place in my heart.  And even though Star Wars is the coolest thing to grace this side of the universe, Anderson’s real claim to fame lies outside of the galaxy far, far away.  Better known for his work on this independent series The Saga of Seven Sons and his collaborations with Brian Herbert on the Dune sequels and prequels, Anderson garners a large following.

Out of the womb with a pen and notepad practically in hand, KJA (cool acronym-name!) is as true a writer as I or many have seen.  Referencing inspiration from as early as when he was 5 year old Kevin has always loved to write.  He was strongly impressed by the War of the Worlds film (the 1953 version… just to be clear to all you young whippersnappers out there) based on the famous H.G. Well’s novel.  Anderson wrote his first novel when he was 8 years old, titled The Injection – a story about an evil scientist that created a serum that could bring anything to life.  I don’t know about you, but the best idea I had when I was eight involved putting potato chips INSIDE my PB&J sandwiches.  He became so enthralled with fantasy and sci-fi that he opted to buy his own typewriter instead of a bicycle when he was ten!

Before delving into his more renowned works I have to pay homage to Anderson’s involvement in the Star Wars universe.  Having only published four adult novels and a series of young adult books with his wife, Anderson tends to be written off as fairly influential in light of the other heavy hitters on the Star Wars novel scene.  For those of you that doubt let me remind you of two very important points: Admiral Natasi Daala and Kyp Durron.  Two reoccurring and very developed characters that still play pivotal roles in novels being released today were introduced by Anderson.  Kyp is one of the most charismatic character on the page and he is an expanded universe fan favorite I’ll never forget Admiral Daala’s cut throat and totally bad ass moment at Tsoss Beacon with the Imperial Warlords.

Anderson’s done more with SW than just the novels.  He also had heavy involvement with the Tales of the Jedi comic series.  “I love writing comics…it uses a different part of my creativity, and there’s something very exciting about seeing the pencil sketches, seeing the specific images in my mind come to life from the talents of a great artist,” says Anderson.  George Lucas felt so comfortable with Kevin’s creative ability that he allowed him to write the comic detailing the invention and first time use of the double-bladed lightsaber.  Without a doubt, The Force is strong with KJA.

With a bibliography extending back to adolescence it’d come as no surprise to learn that Anderson isn’t a one trick pony.  Having such masterful ideas in the realms of fantasy and science-fiction Anderson has had the opportunity to write for DC Comics (The Last Days of Krypton, Enemies and Allies), StarCraft, Titan A.E., the X-Files, Dune and several of his own projects.  He’s written over 100 novels and has put out numerous short stories – all spanning multiple universes and exploring new concepts, worlds and creations.  Anderson’s won several awards for his sci-fi & fantasy novels and almost 50 of his publications have made the Best Sellers list!  He even held a Guinness World Record for the single largest author signing at one point in time.

Anderson’s novels have a lot of character (10 PUN POINTS TO GRYFINDOR!!).  Great care and thought goes into every aspect of Anderson’s writing.  On one of his more recent works involving the first meeting between Batman and Superman in a novel titled Enemies & Allies, Anderson states, “The challenge was to make icons (that you see on a comic page) into real characters. And that’s the advantage of a novel over the comics page, because you can really get into the thoughts, emotions, and backstory of Bruce Wayne, Clark Kent, Lois Lane, and even the villain Lex Luthor.”

Arguably his most popular works are the prequel/sequel stories of the highly acclaimed Dune novel written by Frank Herbert.  KJA can attest to the challenges of writing new adventures in another creator’s universe that will appeal to what fans of the original series loved and cherished.  Brian Herbert, son of Frank Herbert and original heir to the Dune legacy, released several sequel novels on his own initially, but struggled to bolster popularity like his father had with just one book.  Bringing in KJA as a collaborator and fan the tag team was able to publish several more books and continue to do so.  They’ve do so well as a team that many of the Best Seller accolades earned by Anderson are due to his stories in the Dune universe.  You better believe that after writing this piece, each one of Anderson’s Dune novels hit my “need-to-read” list.

A man that loves his craft as dearly as Kevin J. Anderson does can’t help but share his passion with the sci-fi/fantasy/nerd community at large.  From making YouTube videos to hosting forums to “answering all [his] fan mail,” KJA loves interacting with fans and enthusiasts.  The introductory quote to this article sums up his disposition towards his love for what he does.  He’s even gone so far as to marry a fellow author/enthusiast.  Partner in crime Rebecca Moesta was a direct collaborator on the Young Jedi series with Anderson.  Moesta has also written pieces in the Star Trek and Buffyverse.

Kevin J. Anderson is an incredibly talented and endlessly creative author.  After learning more about this great name in sci-fi and fantasy I’m ashamed that I haven’t read more of his works.  Anderson has a pure and true respect for his craft and the genre.  Hush can’t wait to welcome him to DCC is just a few weeks!!

None of the media in this article belongs to Hush Comics; it all belongs to their respective properties. Join us tomorrow as we continue our countdown to Denver Comic Con as we spotlight Batman: The Long Halloween and Spiderman: Blue artist, Tim Sale