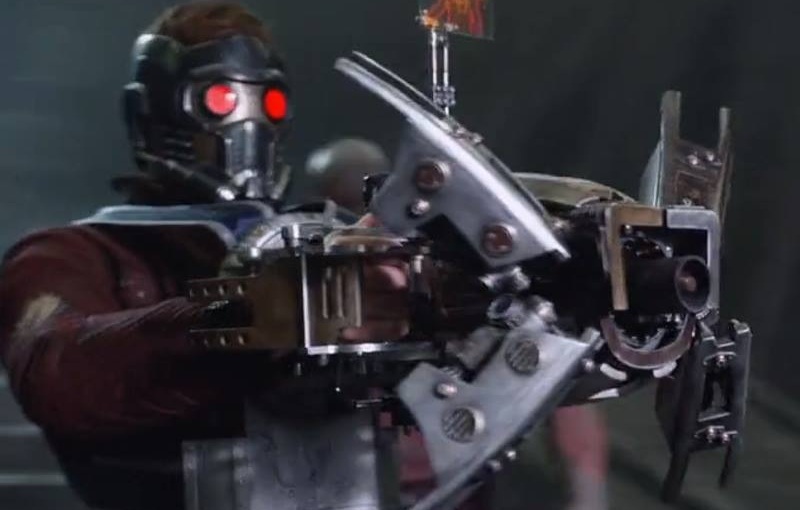 In preparation for Denver Comic Con, we’ve been writing daily articles spotlighting guests at the con – called “Respect My Craft. Just last week, we wrote on:

Godzilla! Everybody’s favorite giant lizard monster is back at it. This opening weekend of Godzilla was the highest-grossing film of the year. This isn’t a very accurate representation of the movie, but it’s close enough. Expect our review soon. 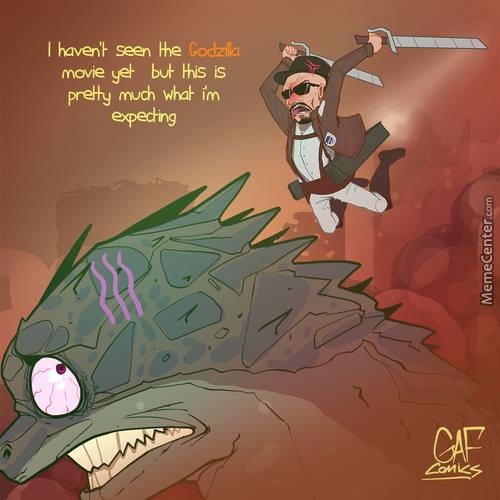 The Game of Thrones got really juicy last week, with Peter Dinklage giving one of the show’s best performances (I only wish it could have lasted longer). Tonight’s episode, “Mockingbird,” is sure to be a thriller. Judging by the name, I’d say Littlefinger (who carried around a mockingbird pin) and Sansa, our “Little Bird,” will get plenty of attention.

Speaking of GoT, creator George R.R. Martin gets animated with it, as he appears on Robot Chicken in this clip inspired by Alfred Hitchcock’s Birds.

The first full trailer for Christopher Nolan’s Interstellar has dropped. There’s a big emphasis on Murphy’s Law, and finding life on another planet when the food source on ours runs out (we’ll always have Cheetos, right?). Matthew McConaughey and My Cocaine (Michael Caine) star in this sci-fi thriller.

Everybody calm down! The next DC Animated project announced is… Aquaman and his New52 origin story. I hope all you people who were complaining of too many Batman films are happy when Arthur Curry starts riding seahorses and talking to dolphins. Jokes aside, Geoff John’s Aquaman run to kick off the re-launch was pretty good, and made the masses respect the ridiculed character. There’s still a while until this comes out, but the next DC Animated film to come out will be Batman: Attack on Arkham.

The new teaser for Guardians of the Galaxy is out, and Rocket Raccoon’s voice is heard. Blam! I murdered you!

DC Comics has released the creative teams and covers to the HUGE September crossover for Futures End. They will feature 3D holographic covers, and if they’re anything like last year’s “Villain Month,” they will fly off the stands. Just beware, there is going to be an awful lot of cash-grabbing issues, most of which will be terribly written and uninteresting.

While Spider-Man might have been the originator of the superhero selfie, DC Comics will be releasing selfie-themed issues coming this August.

Cinderell-y, Cinderell-y night and day its Cinderell-y!  Next year the live action version of Cinderella comes out.  Considering Cinderella is Adrian’s favorite Disney movie of all time, this is pretty big news.  Check the teaser below:

Get ready to eat and read at Chipotle.  The restaurant chain is debuting literary cups with the likes of Toni Morrison, Jonathon Safran Foer, Malcolm Gladwell and many more contributing to musings that are sure to be written in perfect typography.

DC Comics is hooking up with NASCAR, which I can imagine won’t reach either demographic to get into the other, but it’s worth a shot.

While I’m still reeling off the news of Far Cry 4, there’s news afoot that Halo 5 will be coming to X-Box One next year.

This was bound to happen, and I mean that in a great way, Skylanders will be coming to IDW Comics.