Album: Friend of the People: I Fight Evil (2011), a mixtape that followed up his third studio album (Lasers). Free download here.

Lyric: “Reinforced with hardness of Wolverine’s arms with the harshness and overall sharpness”

All you gangsters and hoods out there think you hard? You know what’s really hard?? Adamantium. In Lupe Fiasco’s Black Friday mixtape of 2011, he sets out determined to let the rap world know not only is he coming strong only months after he released his 3rd studio album, Lasers, but he has been putting time and effort into his craft. This mixtape differed quite a bit from Lasers, seeing that much of the studio album contained radio hits and mainstream rhymes, which has never really been Lupe’s style. Friend of the People was no hold barred with lots of strong instrumentals and little to no hooks – just straight up Lupe lyricism and he sets to prove it all with the lyric of the week. Let’s break it down X-Men.

If Lupe can’t shove it through your head that he is lyrically blessed, then he is going to stab it through with his adamantium claws or words or…whatever. He claims that everything he puts out is strong, reinforced, and he can back it all up because the only thing that goes as hard as Lupe, is the claws of The Wolverine. We appreciate the nerdy-ness of this line due to the fact that Lupe seems to understand that Wolverine’s claws aren’t made out of adamantium, but rather only reinforced by it. Score one to Mr. Fiasco! Similar to Logan’s claws, Lupe’s rhymes not only go hard, but they are sharp. Over the years Lupe has gained the reputation of being a conscious, smart rapper. This is prevalent in other songs and lyrics such as his hit song “Dumb it Down” and a more recent lyric from SLR2: “Go to Harvard to be a Lupe Stan,” shout out to Eminem. His lyrics cannot be taken lightly, his intelligence rap requires you to re-read the lyrics over and over and use your best detective skills to decipher the meanings. So basically if you were to fight Wolverine in a one-on-one battle the best weapon you can bring is Lupe Fiasco’s rhymebook. I would pay good money to see that fight! I guess if the pen is mightier than the sword, can we infer that the words are mightier than the claws…sure why not! 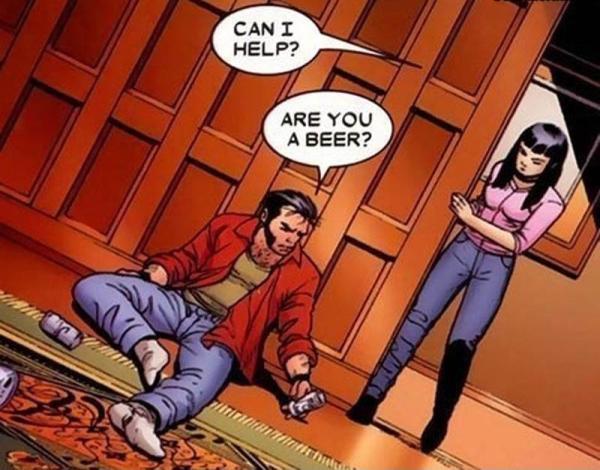 One thought on “Diggin’ Through the Crates: Lupe Fiasco “Lupe Back””